CITY OF THE LIVING DEAD, OR A NIGHTMARE IN DUNWICH IN 4K!!!! 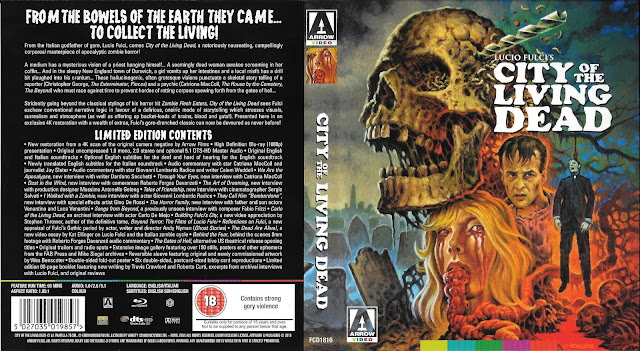 On October 8th, the chaps over at Arrow Video UK unleashed a vicious monster of a special edition on the world: Lucio Fulci's City of the Living Dead. (Throughout the article, I am going to have comparison photos of the 4K and the standard Blu, respectively) 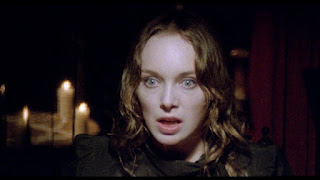 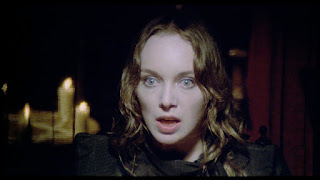 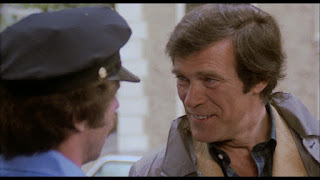 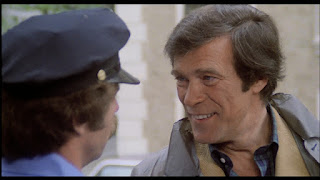 It is an unfortunate time for the city of Dunwich. Father William Thomas, for unknown reasons, has hung himself in the local cemetery. His suicide has flung open the gates of hell, giving Father Thomas the power to appear anywhere and inflict unspeakable acts upon the citizens of Dunwich. Only a medium, Mary Woodhouse, a reporter, Peter Bell, and a local psychiatrist, Gerry, have a chance in hell in stopping his unholy march against the denizens of Dunwich and then, the world. 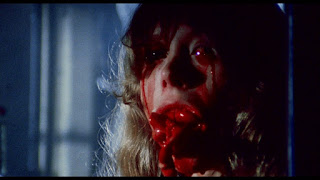 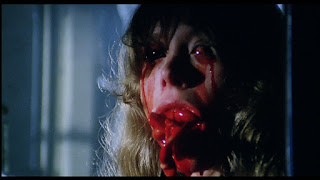 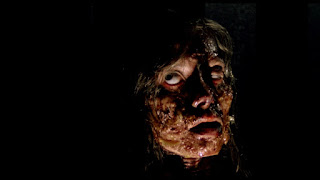 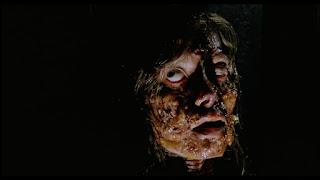 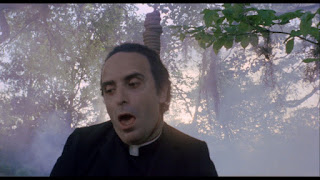 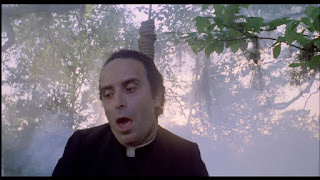 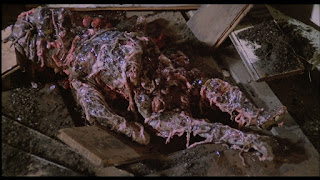 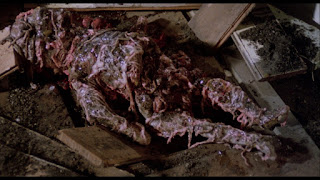 City of the Living Dead was remastered and scanned in 4K from the original negative and presented in its original aspect ratio of 1.85:1 with Mono, Stereo, and 5.1 surround sound. From the beautiful 56 page booklet that accompanies the set: "The original 3-perf 35mm camera negative was scanned in 4K resolution at EuroLab, Rome. The film was graded and restored at Silver Salt Restoration, London. Thousands of instances of dirt, debris, scratches, picture instability, and other instances of film wear were repaired and removed through a combination of digital restoration tools and techniques. Some of instances of colour fading, flickering and picture wear remain, in keeping with the condition of the original negative."

In other words, it looks fantastic! You can see for yourself from the stills. Where the transfer really shines is in the gore scenes. The reds are darker, giving the blood a more realistic look. The blacks are much blacker, making it more natural and deeper. They aren't mind-blowing changes, but they are noticeable. 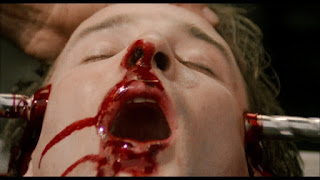 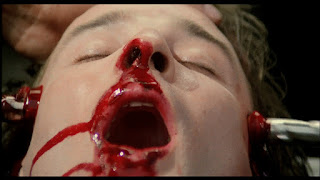 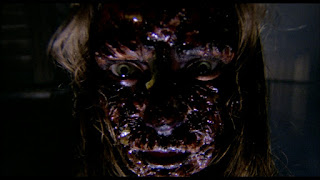 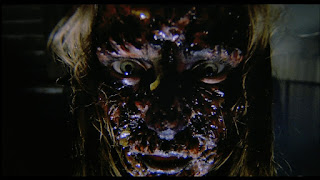 Coupled with the inclusion of reproduced, double-sided lobby cards and the insightful booklet, this is indeed a killer special edition. If you've waited on a high-end edition of City of the Living Dead, AND you have an all-regions Blu-Ray player, this will be the one you want to get. I have no doubt that the US will get some sort of 4K remaster, but will it include the physical extras of the Arrow Edition? I wouldn't bet on it.