Note: this is not a review of the film itself.  If you are reading this, chances are you have seen this film and know what it's all about. 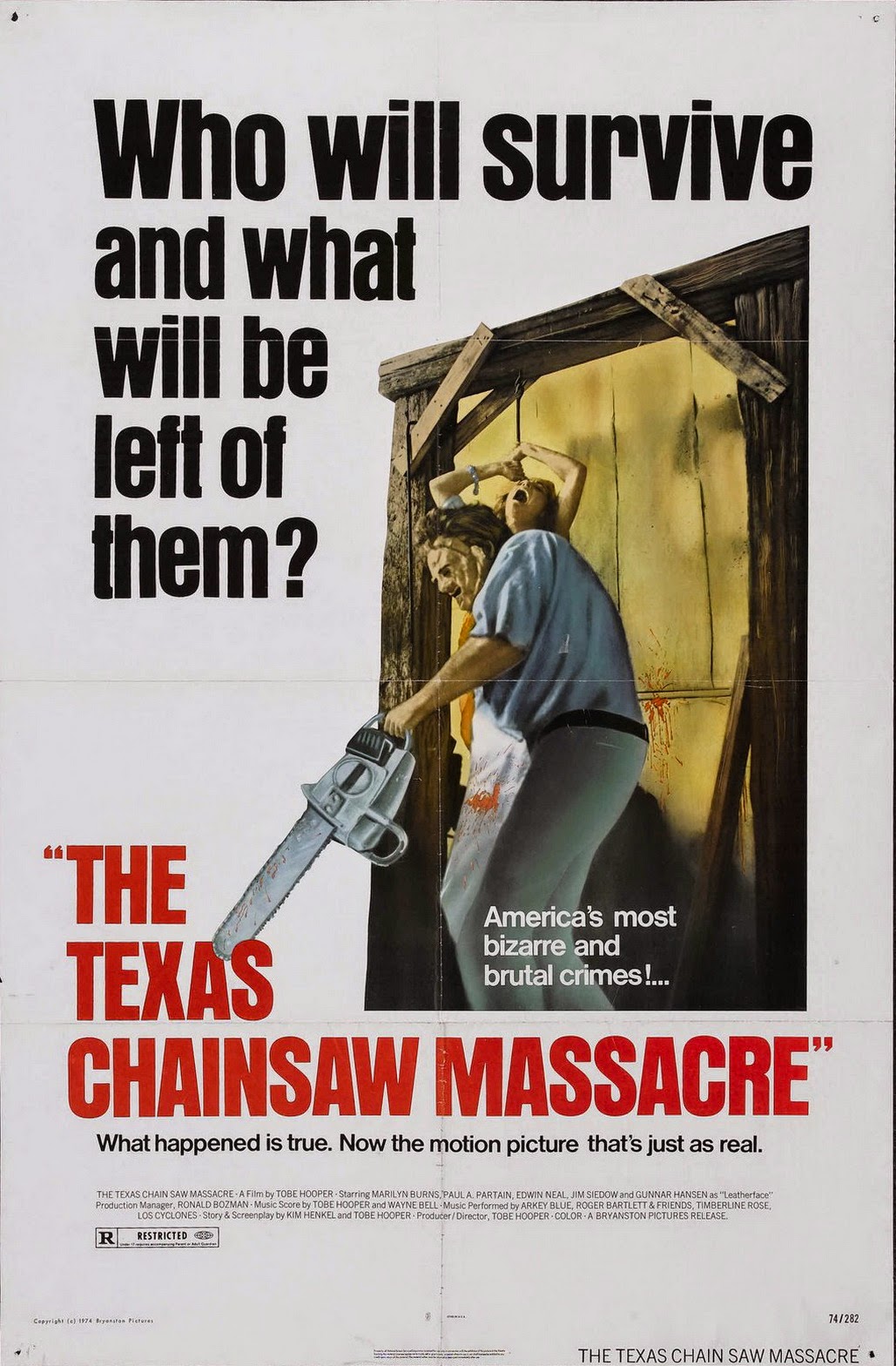 I love the Texas Chainsaw Massacre.  It's truly a masterpiece of horror and filmmaking in general. It tops a lot of top 10 lists of favorite horror films.

It's so good, in fact, that I thought nothing could be done to increase my love of it.  I never bought the first blu-ray because, I heard that it wasn't all that much clearer and still pretty grainy for a blu-ray. You can contest all you want, but I stick by my never having bought it.

Flashback to January, 2013 when Texas Chainsaw 3D, which I fully dug. (Get your groans out now.)

The opening credits of Texas Chainsaw 3D featured footage of the original, completely cleaned up and crystal clear.  At first, I thought they just re-shot it, but no re-creation of prior footage is that precise.  I found myself wondering, "Why the hell does this not exist?"  Low and behold, it was being worked on.

It was revealed that for the 40th anniversary of Texas Chainsaw Massacre, they were remastering it in 4K.  Still, I was skeptical because, I expected they were just going to blow up what had already been done in prior releases, grain and all.  That is until I heard that they went back to the true original A/B prints for their source.   (Side note: It may seem that I am being negative towards the film grain, but it's quite the opposite. I love the grain because, it adds depth and grit, and lends to the realism. However, there are details that were fully wiped out due to the darkness and graininess of prior releases.)

A trailer for the 4K transfer was released on June 15th, 2014.  It was immaculate, but the restored film was only being shown in certain cities, and Pittsburgh wasn't one of them to my dismay, so I had to wait, but I didn't know how long.

One day in August, while scrolling through some mundane Facebook posts, you know the ones, I came across Gorgon Video's post about the Texas Chainsaw Massacre Black Maria Limited Edition. The set comes housed in a cardboard box shaped like the Black Maria cattle truck from the end of the film and includes:

Also, not mentioned, was a 5th disc that is an almost feature length QA with Tobe Hooper, moderated by William "The Exorcist" Friedkin, who seems like one of the coolest guys on the planet.  It also features and alternate cover of Leatherface in the side mirror "chasing" the truck.  Each disc is a wheel of the Black Maria.  The box itself is pretty cool.  Very sturdy, thick cardboard, with very detailed decals depicting the Black Maria.  They even have the chainsaw scratches on the driver's side door.

As a person that rarely buys "super special-bang-pow-'splosion" special editions, I felt this was one of those times I make an exception, so I bought it as a birthday present for myself.  (You can see my review of the actual product in the video below.)


After having it for a couple days, I finally got a chance to sit and watch the blu-ray, and I was blown away by how clean and clear it was.  The details that were now clear, was astounding.  And it's just little stuff like, the scratches on Franklin's arms from falling down the hill.  That doesn't add anything to the film itself, but to me it was something new in a film I have seen, realistically, 60 times in my life.

Another detail that was "fleshed" out was Leatherface's teeth.  After he kills Jerry and is freaking out about all these people in his house, he sits by the window and reflects and the camera zooms in. I always thought he had the normal "fucked up redneck" teeth you always see in this type of film, but each tooth is pointed on the sides.  Again, doesn't add anything to the film, but it adds to my experience.

Watching the 4K version was like experiencing it for the first time; Leatherface's first appearance, the awesome tracking shot of Terri McMinn walking towards the house in search of Kirk, the body sculpture at the beginning has even more grim detail, (you can see stuff dripping off of it), the infamous dinner scene, I could go on and on.

It was invigorating revisiting a film I have seen many times and discovering brand new details that were always there, but unable to be seen until now.  I still recommend seeing it in its original form for the experience, then watching the new transfer.

The saw is family.
Posted by Jon Wamsley at 9:12 PM