BLOOD BATH, OR THE MANY VERSIONS OF... 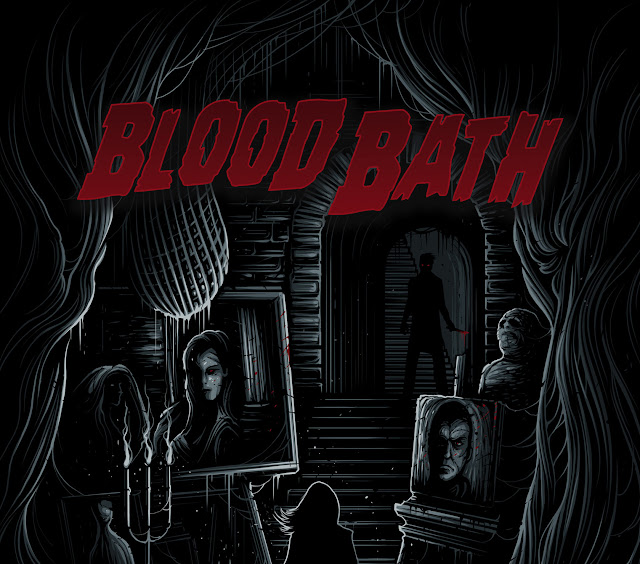 May 31st saw the release of Blood Bath from Arrow Video, which is a very curious film, in that it is actually 4 films by a few different directors: Operation Titian and the re-cut/re-scored version, Portrait in Terror, both directed by Rados Novakovic, Blood Bath directed by Jack Hill and Stephanie Rothman, and finally, an edited for TV version of their's entitled, Track of the Vampire. 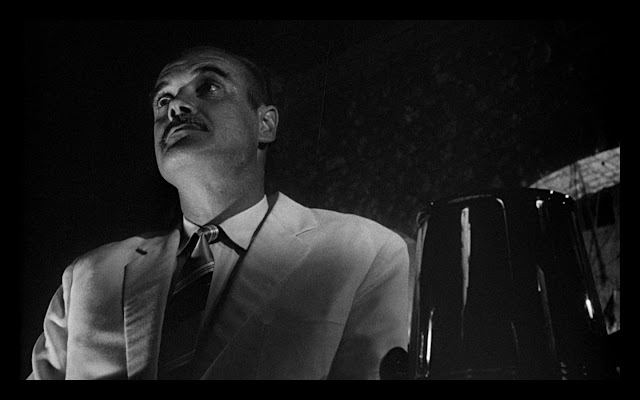 While it is cool that Arrow Video was able to restore Operation Titian, the audio is very distorted with lots of hiss, but that's probably no fault of their own, since the film was probably rotting in a vault for years. However, the print looks excellent, aside from some degradation.  In all honesty, I didn't really care for Operation Titian all that much because, it was rather boring and long-winded. It was a thriller, sure, and the acting was fine, but it just didn't stand out to me. I found myself saying "cut to the chase" quite often. 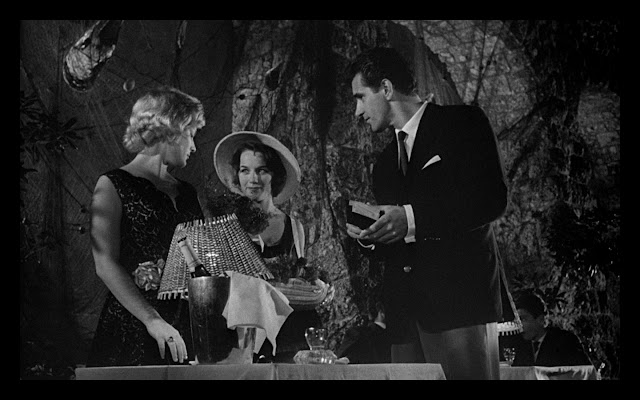 The next film, Portrait in Terror, was the recut version of Operation Titian, and flowed much nicer, however, it was still not my thing; It was more of a demented Thomas Crown Affair. The print and audio were excellent, as this is the version that was originally released to the masses. 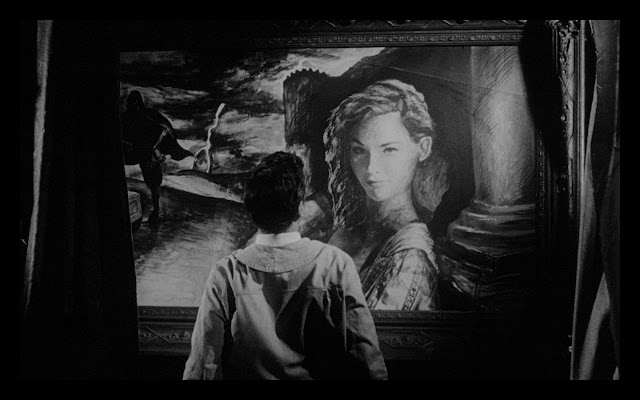 The inclusion of Jack Hill and Stephanie Rothman on Blood Bath is when things get interesting because, while art is still the theme, it is completely different from its predecessors and much more fun. The inclusion of Sid Haig and his artsy beatnik cohorts adds an element of comedy that the prior films were lacking. The Vampire looked silly, but he was still a cool element, and essential to the story. Blood Bath runs just over an hour long, but was still a good film. 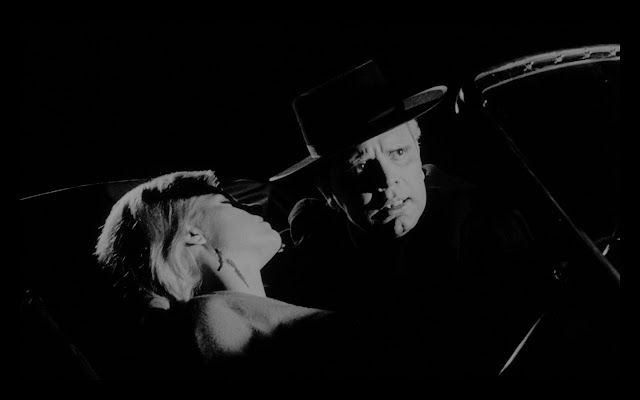 Track of the Vampire, although supposedly the edited version of Blood Bath, runs almost 1 hour 20 min. It includes footage from Operation Titian and Portrait in Terror, like scenes with the Dancer and and a horribly dubbed Patrick Magee, which turns him from an art thief assassin into a jealous husband. There is also an extended version of the scene where Dorean is dancing by herself on the beach for a long time and another scene where the Vampire is chasing a woman for a very long time. These extended scenes add a certain trippiness to this version. This is ultimately my preference out of the 4 films.

Overall, Blood Bath is an interesting collection of films and a treasure for the most hardcore of Roger Corman fans.


The films of Roger Corman are often as well-known for their behind-the-scenes stories as they are the ones unfolding on the screen. He famously made Little Shop of Horrors in just two days using sets left over from A Bucket of Blood and shot The Terror over a long weekend because bad weather prevented him from playing tennis. But none of these tales is quite so complex, or quite so extraordinary, as the making of Blood Bath. The saga began when Corman invested in a Yugoslavian Krimi-like picture entitled Operation Titian just prior to it going into production. Insisting it be filmed in English, he sent actors William Campbell and Patrick Magee, and uncredited story editor Francis Ford Coppola (all fresh from Dementia 13), to Dubrovnik to make a US-friendly movie but wasn't satisfied with the end results. First it was re-cut and re-scored to create Portrait in Terror, a film more in line with drive-in tastes, then it was handed over to Jack Hill (Spider Baby), followed by Stephanie Rothman (Terminal Island), each undertaking reshoots that resulted in a vampire picture by the name of Blood Bath. One final twist was provided when a TV version was required, chopping scenes and adding others to create Track of the Vampire. For this release Arrow Video has searched through the vaults to bring you all four versions of Blood Bath, newly restored from the best materials available to provide a definitive release of one of Corman's craziest ventures.