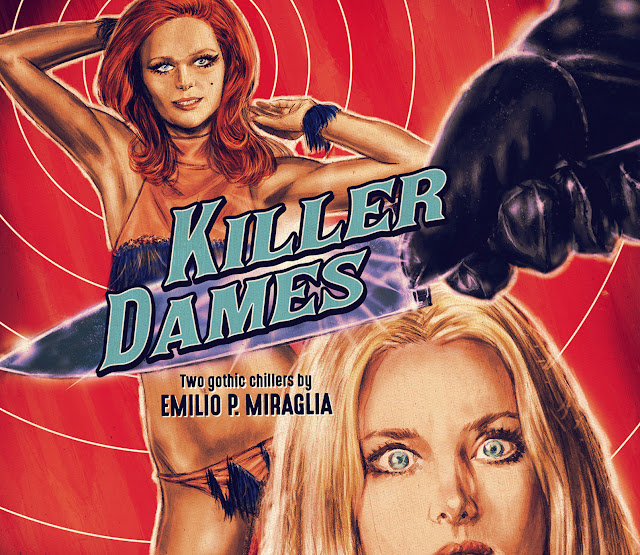 Arrow Video's May 2016 docket ends with a bang in the form of the giallo box set, Killer Dames: Two Gothic Chillers by Emilio P. Miraglia: The Night Evelyn Came Out of the Grave and The Red Queen Kills Seven Times.

THE NIGHT EVELYN CAME OUT OF THE GRAVE 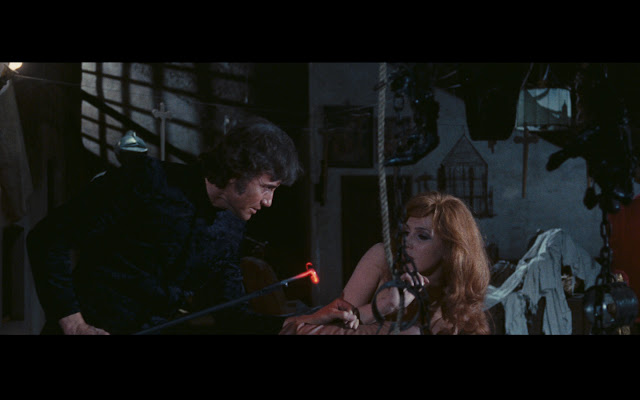 Lord Alan Cunningham (Anthony Steffen) is a very troubled man, who loves his redheads. He brings prostitutes and dancers to his dilapidated castle where he proceeds to whip and kill them, but not before checking to see if they are merely wearing red wigs...and he's the protagonist! Years ago, his wife, Evelyn, died during childbirth, but it appears as if she has some unfinished business. Strange things begin happening after Lord Cunningham takes a new wife: glasses of milk disappear, a strange redheaded woman appears in the flesh, and people start dying. 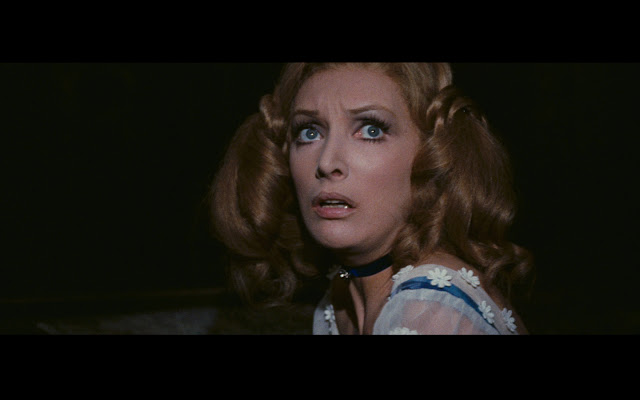 Arrow Video did a great job on the 2K transfer for The Night Evelyn Came Out of the Grave; the picture quality is astoundingly clear with incredible detail. The audio is crisp and clean with no distortion.

The Night Evelyn Came Out of the Grave is a good film with a good story, but it's a bit disjointed and tends to drag in some parts. 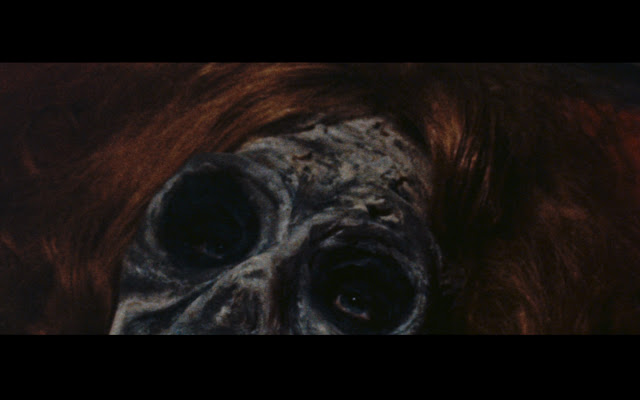 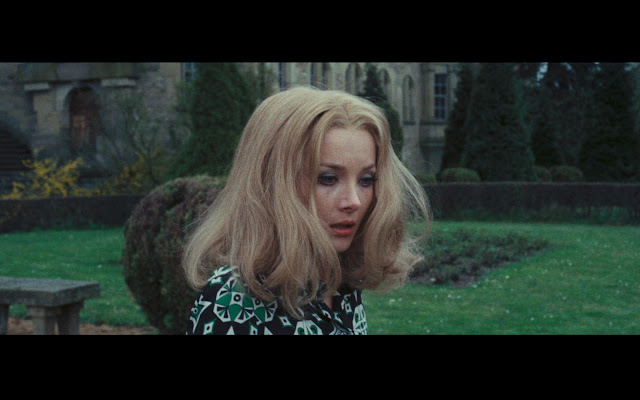 The Wildenbruck family is cursed because, hundreds of years ago a sister known as the Black Queen killed her sister, the Red Queen. It is said that every hundred years, the Red Queen rises to seek her revenge on seven victims. Starring the bewitching Barbara Bouchet and sexy Sybil Danning, The Red Queen Kills Seven Times follows Kitty Wildenbruck (Bouchet) as her family is tormented by a mysterious woman in a red cloak who is said to be Kitty's dead sister, Evelyn. Arrow Video did another fine job on the 2K transfer that showcases the lush colors landscapes, and female bodies. The audio is good, but it tends to get "hot" in some areas. There are many special features, but my fave on this disc is the interview with Sybil Danning as she talks about her entire career. Unfortunately, I am a bit ignorant in all things Sybil, outside of The Howling II, so this was a particularly enlightening interview, and she is still a stone cold fox.

The Red Queen Kills Seven Times is a classy, well-made giallo with a pinch of sleaze. 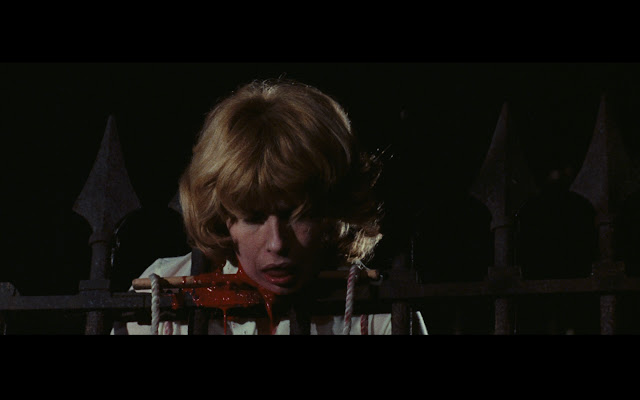 At the height of the Italian giallo boom in the early 1970s, scores of filmmakers turned their hand to crafting their own unique takes on these lurid murder-mystery thrillers. This limited edition double pack features two distinctive offerings by Emilio P. Miraglia, which meld twisty whodunit narratives with gothic chills. In The Night Evelyn Came Out of the Grave, troubled aristocrat Alan Cunningham (Anthony Steffen, Django the B*stard), haunted by the death of his first wife Evelyn, tries to move on by marrying the seductive Gladys (Marina Malfatti, All the Colours of the Dark). Marital bliss is short-lived, however, as various relatives meet untimely and gruesome deaths, prompting speculation that a vengeful Evelyn has risen from the grave... Meanwhile, in The Red Queen Kills Seven Times, an age-old family curse hits sisters Kitty (Barbara Bouchet, Milano Calibro 9) and Franziska (Marina Malfatti) following the death of their grandfather Tobias (Rudolf Schündler, The Exorcist, Suspiria). Every hundred years, so the legend goes, the bloodthirsty Red Queen returns and claims seven fresh victims. Was Tobias just the first... and are Kitty and Franziska next? With both films making their worldwide Blu-ray debuts in stunning new 2K restorations, there has never been a better time to explore these little-seen giallo gems!