NEW BLU'S FOR NICO (MASTORAKIS): 'THE ZERO BOYS' AND 'HIRED TO KILL' 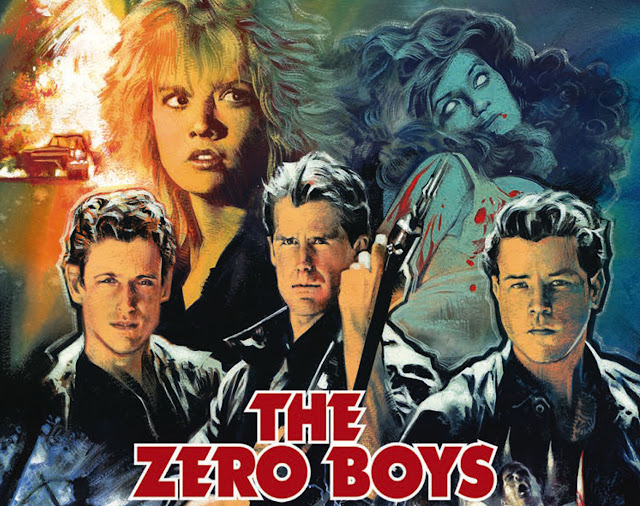 Released on April 26th from Arrow Video was Niko Masterakis' The Zero Boys, which is about a group of 1980s gung-ho, paintball guys and their girlfriends who go out for a weekend in the woods and stumble upon a couple of redneck psychopaths, one of which happens to be the illustrious Joe Esteves. 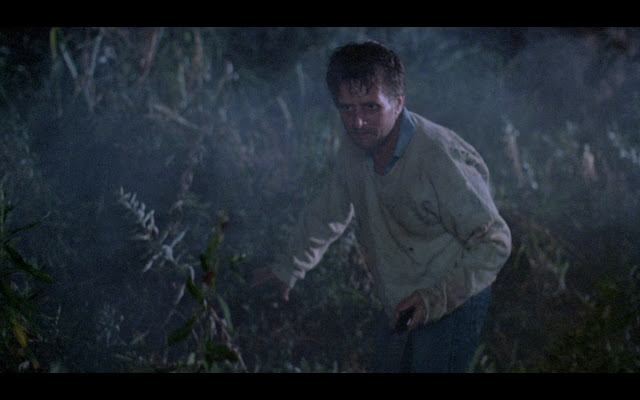 The Zero Boys is very fun, campy, and enjoyable, and a much lighter offering than Mastorakis' Island of Death, but perhaps the most surprising aspect of the film, is the awesome synthy score done by none other than Hans Zimmer (you know who he is) on one of his very first films. Another great part is when Kelli Maroney slaps the shit out of the twin brother of Kenny Powers at the beginning. (see below) 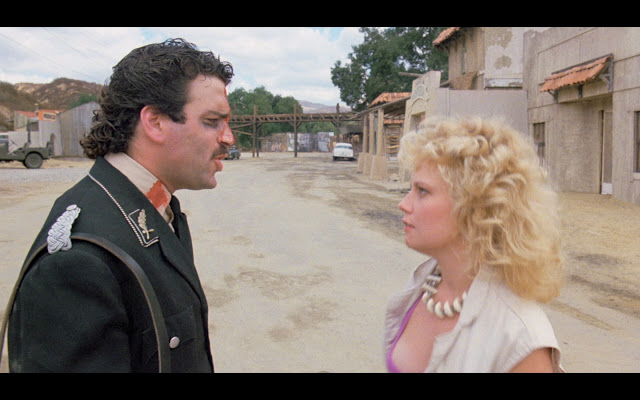 The 2K transfer is gorgeous, and the sound even more so. The disc is packed with extras, including a new interview with Kelli Maroney and Niko Mastorakis.

The Zero Boys is another finely cultured slice of cheese from Arrow Video and should find its way to your home. 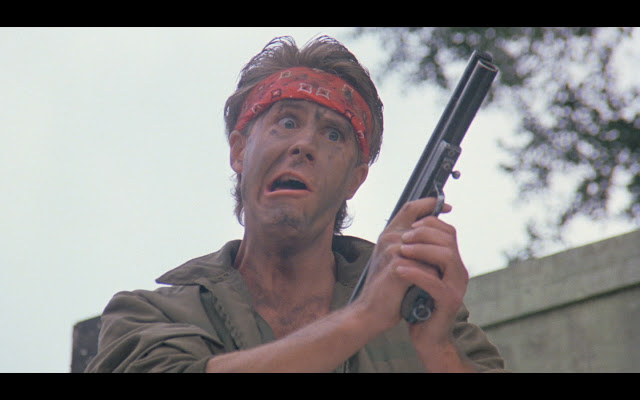 
DAWN OF A NEW BREED OF HEROES From cult director Nico Mastorakis, the man behind such eclectic offerings as the controversial Island of Death and the Oliver Reed-starring actioner Hired to Kill, comes The Zero Boys - the genre-bending '80s classic with gruesome sequences that anticipate the torture porn horrors of Hostel and Saw. For a group of young friends, a weekend of survival games in the wilderness turns into a genuine battle of life and death when one of their number turns up dead. Finding themselves hunted by a bloodthirsty band of maniacs intent on slaughtering them one-by-one, the self-styled "Zero Boys" must now play their war games for real. Starring Kelli Maroney (Night of the Comet, Chopping Mall) and featuring an early score from the legendary Hans Zimmer (Inception, The Dark Knight Trilogy), The Zero Boys mixes action, survival and all-out slasher movie elements in a thrilling horror yarn that falls somewhere between Friday the 13th and Deliverance. 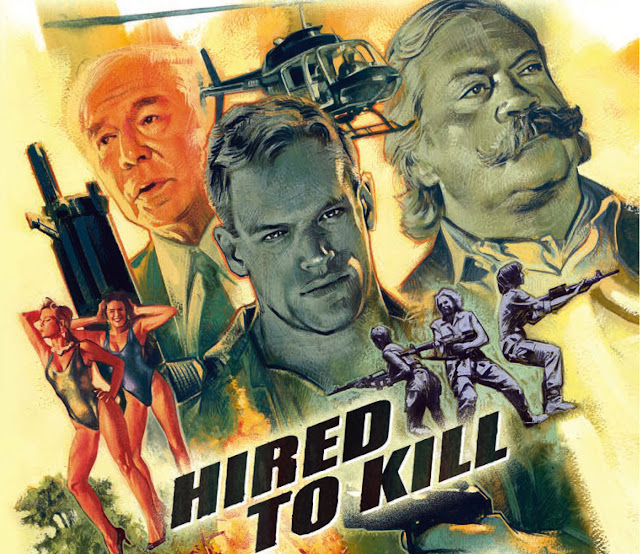 On May 17th, Arrow Video released their 3rd Nico Mastorakis film, Hired To Kill, Brian Thompson, Oliver Reed, George Kennedy, and a bevvy of sexy ladies. The film follows Thompson's Frank Ryan, a mercenary, as he is hired by the CIA to assassinate Oliver Reed's character, Bartos, a ruthless dictator. In order to do that, Ryan goes undercover as a...wait for it...fashion designer, putting on a runway show with a group of equally dangerous ladies as his team. Chaos, betrayal, and over-the-top action ensues, that only a film from the early 1990s can contain. 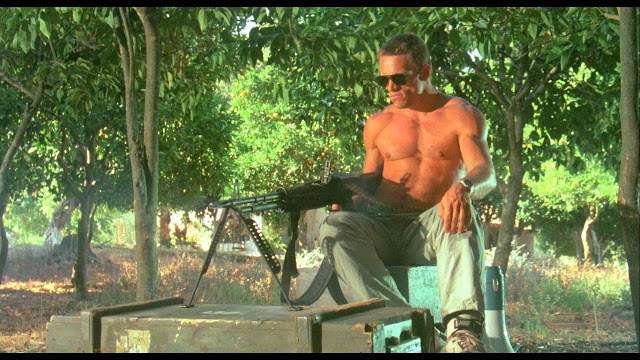 Arrow Video did another fine job with this one. The 2K transfer is flawless as well as the audio. There are some decent special features too, but the best is probably the interview with Brian Thompson. You've seen this guy in tons of films either as the feature villain, or a background thug, but the interview is very in depth as he chronicles his career and, interestingly enough, how he got this role. 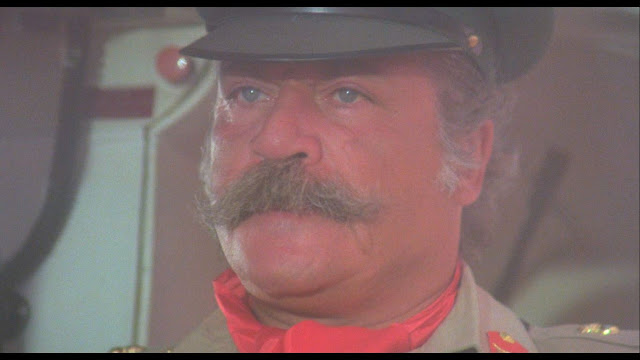 Is it good? Nah, not even close, but it's fun as hell, and if you are down with just the crazy action and inane story, then you are going to want to order Hired To Kill right now. 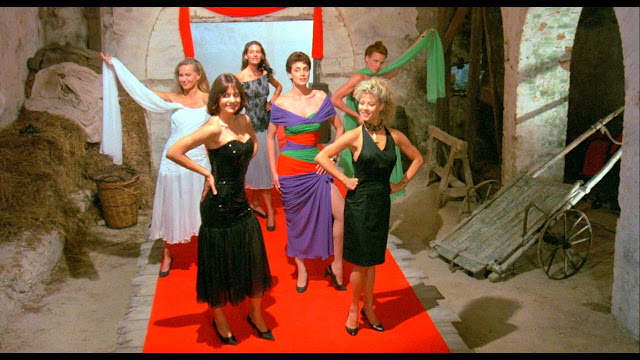 
Starring legendary actors Oliver Reed (Gladiator, The Brood) and George Kennedy (The Delta Force and The Naked Gun series), Hired to Kill is an essential slice of '90s action fare featuring guns, girls and a plethora of budget-busting explosions for good measure. Action movie staple Brian Thompson (whose brief turn in 1984's The Terminator led to a starring role in the 1986 Sylvester Stallone vehicle Cobra) stars as Frank Ryan, a mercenary sent to track down a rebel leader in hostile territory. Posing as a fashion designer, he won't be going it alone, as he'll be aided by seven beautiful - but deadly - female fighters. Whilst the opportunity to see Oliver Reed chewing up the scenery behind an elaborate moustache merits the price of the admission alone, Hired to Kill is also noteworthy as being co-directed by Nico Mastorakis - the man behind such cult favourites as Island of Death and The Zero Boys.