'DILLINGER' DIDN'T HAVE TIME TO MAKE AN ESCAPE PLAN... 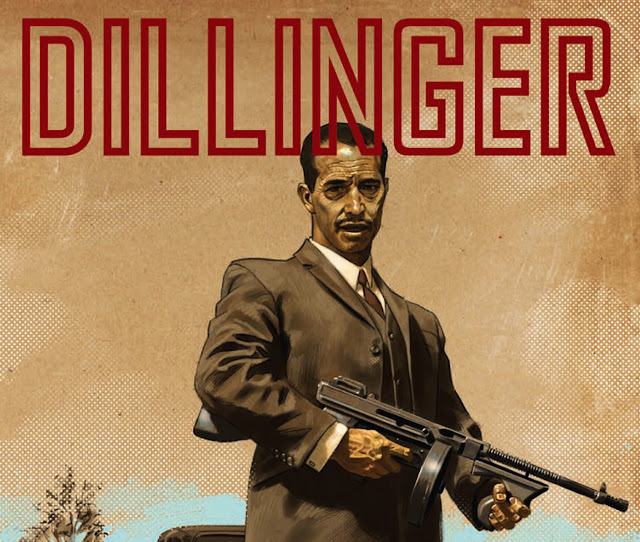 Released on April 26th from Arrow Video was John Milius' (Conan: The Barbarian) debut film, Dillinger, a stylistic, violent, fun crime drama starring Warren Oates as the titular narcissistic, gun-toting, bank robber and Ben Johnson as the revenge seeking G-Man, Melvin Pervis. The cast is rounded out with cult greats, Geoffrey Lewis, and Harry Dean Stanton, with an appearance by Richard Dreyfuss as "Baby-Face" Nelson, Cloris Leachman as The Woman in Red, and the screen debut of Michelle Phillips of the Mama's and the Papa's, as Dillinger's girlfriend, Billie.


The film follows John Dillinger and his gang's exploits throughout the Midwest whilst being pursued by the FBI's Melvin Pervis, who has been given express permission to shoot first and ask question later by J. Edgar, so things can only end one way... 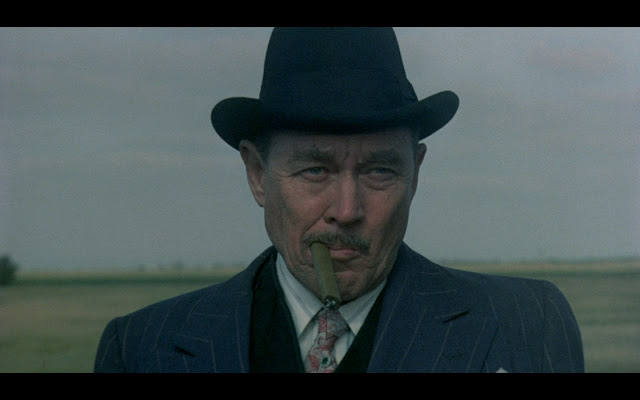 If you've seen the Conan films or Red Dawn, just to name a couple, you know that John Milius loves his violence, and this infatuation was ever present even in his shoot-em up debut film. Milius also had a very lively sense of humor. Right from the opening scene, John Dillinger sees himself as larger than life, as he points the gun right at the viewer and threatens them, then says "This could be one of the big moments in your life. Don't make it your last." Then the film cuts to the opening credits of scenes from the Great Depression and the Dust Bowl with "We're in the Money" playing over them in a humorous, twisted irony. 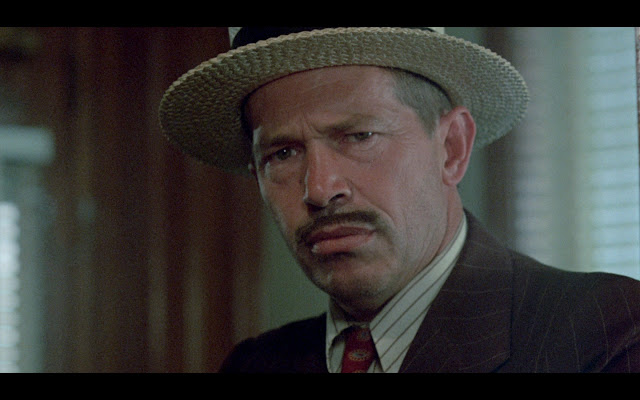 John Dillinger was a notorious bank robber, but Milius portrayed him as a sort of folk hero, while Pervis was painted as a sort of anti-hero. Most of the criminals he encountered were dispatched with extreme prejudice. One such instance was the taking down of Handsome Jack Klutas. Pervis was waiting in Klutas' apartment and when he opened the door, Pervis introduced himself then opened fire with a Tommy-Gun. Both Dillinger and Pervis loved the limelight, though Dillinger was more flamboyant about it. 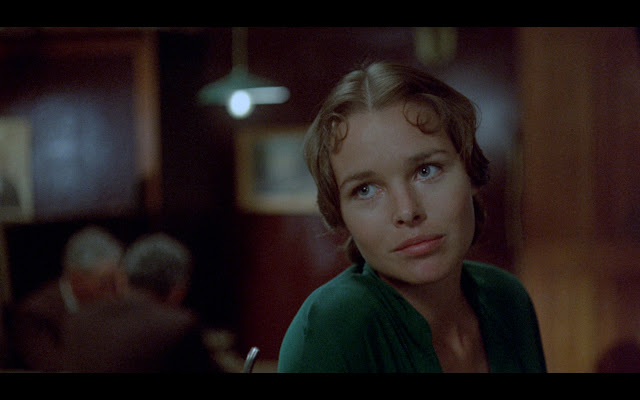 The film itself is very well-made, with a great story and even better acting, which makes Arrow's 2K transfer from the original negative look that much better. The colors are brilliant, but also reflect the dreariness of the depression era, so they are not very vibrant. The audio is pristine and doesn't pop at all, even with all the gunshots. There are a few special feature interviews with various crew members, but no scene selection, which I found odd.

PERSONAL NOTE: It's hard not to envision Sgt. Hulka every time Dillinger speaks, especially when he is beating on Richard Dreyfuss. You almost expected him to say "Lighten up, Francis." (Odds are, you've seen Stripes before Dillinger, so you know where I'm coming from.)

This is yet another solid release from Arrow Video and deserves a spot on the shelves of film buffs everywhere. Order Here 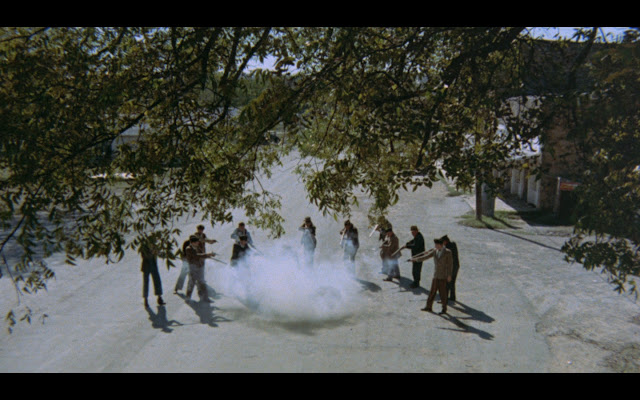 NOBODY DID IT LIKE DILLINGER! The runaway success of Bonnie and Clyde in 1967 proved massively influential: it made stars of Faye Dunaway and Warren Beauty, introduced a new form of violence to the movies, and inspired a stream of imitators, including Bloody Mama, Martin Scorsese's Boxcar Bertha and the directorial debut of John Milius, Dillinger. Milius presents John Dillinger as an almost mythical figure, tracing the rise and fall of the Depression era's Public Enemy Number One as he takes on the banks and the G-men, led by the infamous Melvin Purvis. Starring Sam Peckinpah favourites Warren Oates and Ben Johnson as Dillinger and Purvis, and with a supporting cast including Harry Dean Stanton, Richard Dreyfuss and Michelle Phillips of The Mamas and the Papas, Dillinger is a top drawer gangster picture: explosive, stylish and hugely entertaining.