'SUTURE', OR SEE WHAT HAPPENS WHEN YOU MESS WITH JOBU'S RUM? 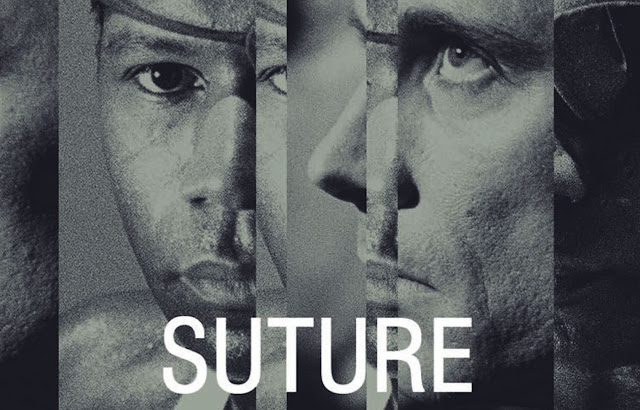 Released on July 5th from Arrow Video was Scott McGehee and David Siegel's, Suture, a delightfully off-kilter romp involving half brothers, a faked death, and assuming an identity. 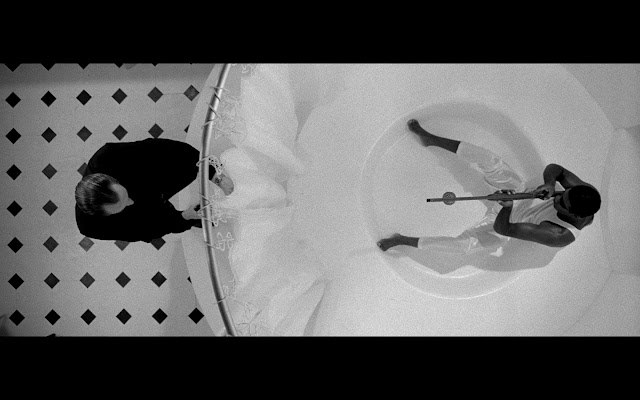 Suture follows 2 half brothers meeting for the first time after their father's funeral. Vincent Towers invites his brother, Clay, to stay in his swanky apartment for a few days while Vincent goes out of town. What Clay doesn't know is that Vincent plans to murder him with a car bomb. However, you know what they say about the best laid plans... 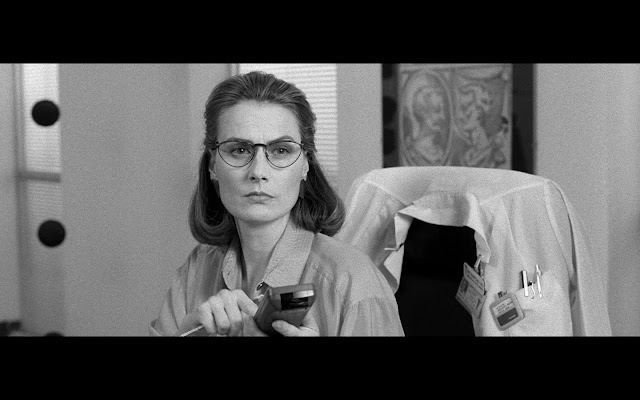 There is some real genius at work in this film. Dennis Haysbert plays Clay Arlington, a member of the blue collar working class. Michael Harris plays Vincent Towers, a millionaire playboy, with an oddness about him. When they appear on the screen for the first time, the difference is quite apparent: Clay is black, and Towers is white, but they are half brothers that bare a striking resemblance to one another. Weird, right? But it's so because, the characters say it is so. The viewer is to disregard the obvious difference and just go with the flow. 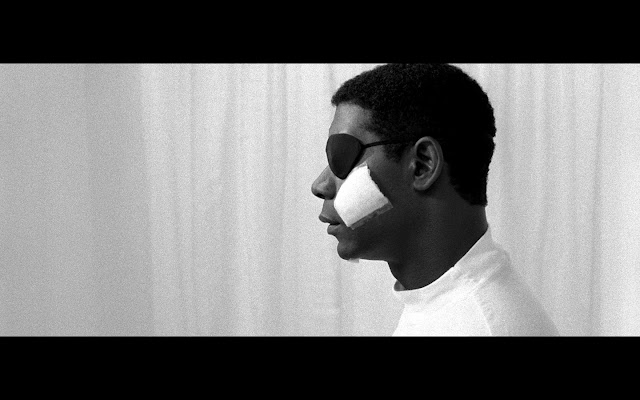 Suture was given the full Arrow Treatment in a stunning, crystal clear 4K transfer that showcases the excellent cinematography of Greg Gardiner, specifically the overhead shotgun shower shot; it's just a well shot sequence. The audio was also overhauled and the discs are loaded with extras.

All in all, Suture is a twisted, rock solid film and a wonderful release from Arrow Video that any fan of film would be lucky to own. 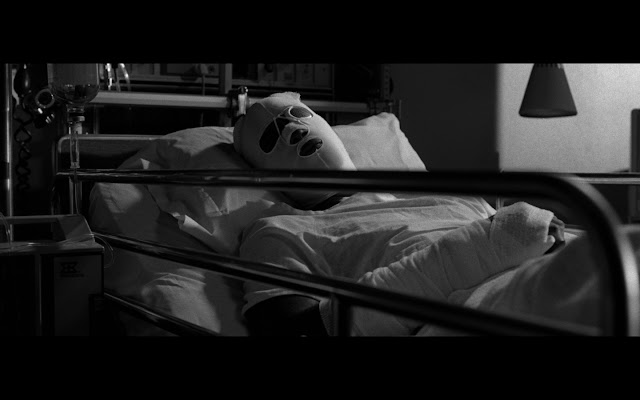 
Inspired by the paranoid visions of John Frankenheimer's The Manchurian Candidate and Seconds, the desert noir of Detour and the black and white widescreen beauty of Hiroshi Teshigahara's The Face of Another and Woman of the Dunes, Suture is one of great feature debuts - by writer-directors David Siegel and Scott McGehee - and a truly unique piece of cinema. The wealthy and self-assured Vincent (Michael Harris) meets his blue collar half-brother Clay (Dennis Haysbert) at their father's funeral and is struck by their similarity. He decides to murder Clay and take his identity, only Clay survives the assassination attempt with no memory and is mistaken for Vincent. The fact that Harris is white and Haysbert is black only complicates a film that probes into the nature of identity. After viewing an early rough cut, Steven Soderbergh came on board as executive producer and enthusiastic patron. Suture went on to become a hit on the festival circuit, including Sundance where it deservedly won the award for Best Cinematography.