'CRIMES OF PASSION' OR, TITS, ASS, AND ANTHONY PERKINS 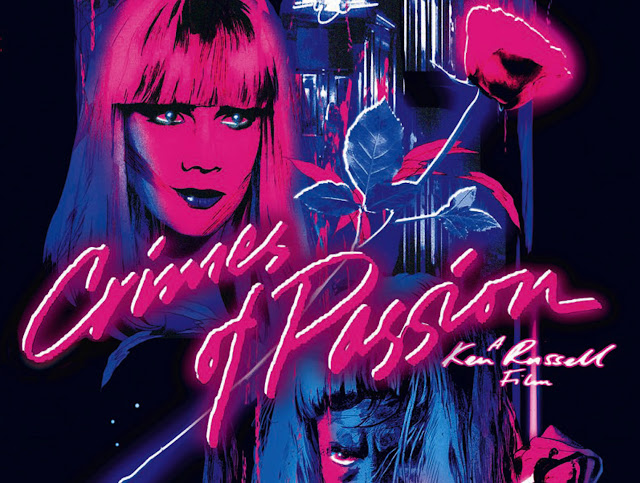 
Kathleen Turner plays Joanna Crane, an uptight sportswear designer by day, but by night, she turns into China Blue, an uninhibited, platinum blonde hooker. Anthony Perkins plays the wonderfully unhinged hypocritical street preacher, and sometimes client of China Blue's, Peter Shayne, who feels he can be China Blue's redeemer and ends up stalking her. John Laughlin plays Bobby Grady, a repressed suburbanite and owner of a small electronics store, is hired to monitor Joanna Crane, as she is suspected of selling sportswear patterns to a rival company, but he ends up getting in deep...way deep. 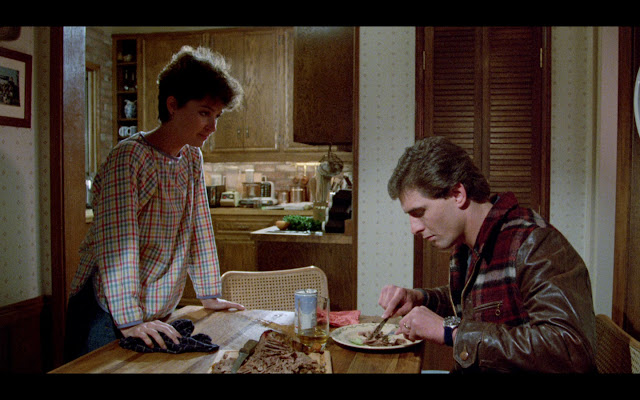 The music by Rick Wakeman, a synth/pop score based entirely on Antonín Dvorák's "From the New World" Symphony, is almost a character itself. For instance, when Bobby first solicits China, the music is soft and tender, much like their foreplay. However, when the scene switches to their shadows having sex in silhouette, the music changes to full on hard synth to match the wildness of the scene, making it almost funny because, Bobby is so sexually frustrated, he's just going full on. Then when they get truly intimate, the music turns angelic. 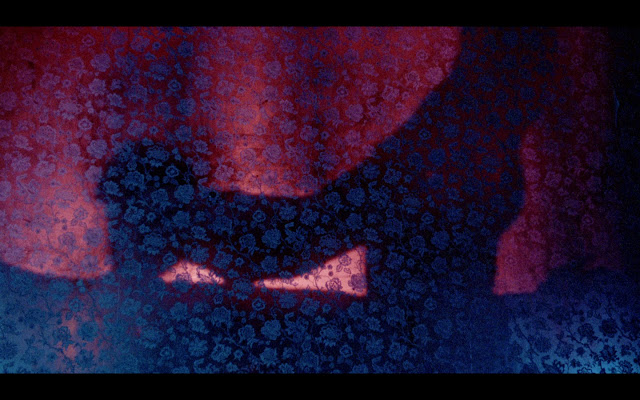 There is an interesting parallel that can be drawn between Psycho and Crimes of Passion in that it's almost a psuedo-sequel to Psycho. Imagine that Norman Bates never got caught, but instead went to L.A. to be a street preacher in the hopes that maybe God would forgive him for his sins. Then he meets a woman named China Blue, real name Joanna Crane, the same last name as Janet Leigh's and Vera Miles' characters in Psycho, and he finds a new mission in "saving" her from all the naughty things she does. Just like Norman, he can't cope with sex and desire, so he watches acts from the other side of a wall through a slit or hole. All of his hate and all of his desire culminates with him dressing up as China Blue so that he can be killed by Joanna and be saved himself. Maybe it's just a half-assed theory, but the evidence is damning. 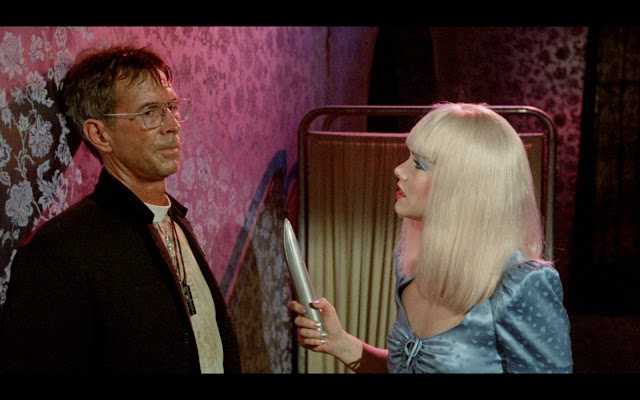 Crimes of Passion was given the dandy Arrow treatment in the form of a 2K transfer, as well as 2 versions of the film. The picture and audio are both great and the disc is packed with extras.

If you are a Ken Russell fan, you need to go out and grab Crimes of Passion now. 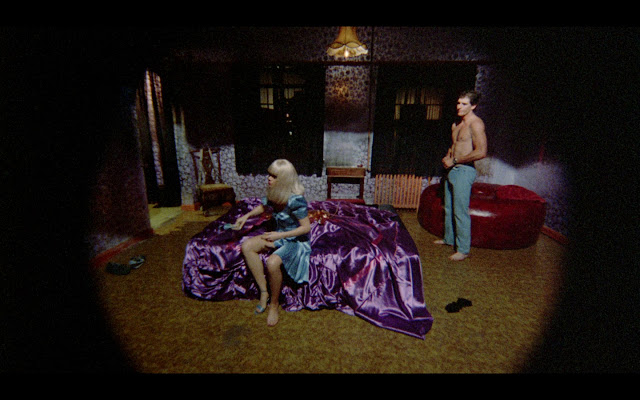 
In the early eighties British enfant terrible Ken Russell travelled to America and placed his unorthodox imprint on a pair of US movies. The first was the Altered States, so out-there its screenwriter disowned it. The second was the equally crazy Crimes of Passion, starring Kathleen Turner (Body Heat, Serial Mom) at the height of her powers. Fashion designer Joanna Crane (Turner) leads a double life. By night she is China Blue, a prostitute who's attracted the unwanted attention of two men. One is a sexually frustrated private detective hired by her employees. The other is psychopathic priest (played by Norman Bates himself, Anthony Perkins) in possession of a murderous sex toy. With its outré screenplay by Barry Sandler and over the top score by Rick Wakeman, Crimes of Passion may just be the most outrageous Ken Russell film ever made - and that's quite some feat!