'RETURN OF THE KILLER TOMATOES' OR, VEGGIES ARE FUNNY THAT WAY 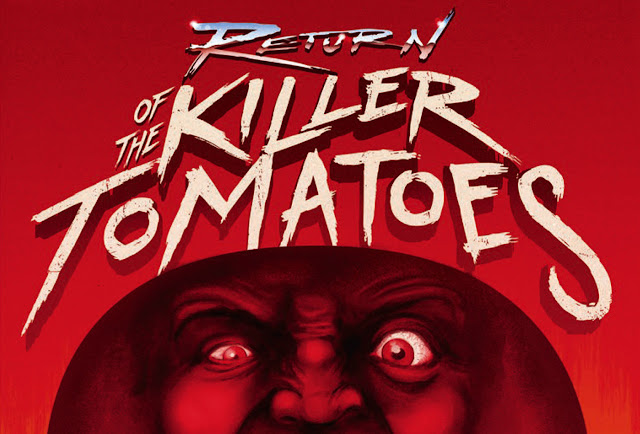 Confession time: I never saw Attack of the Killer Tomatoes or, if I did, I was very young and the humor was beyond me. Hell, my first experience with the Killer Tomatoes was the Saturday morning cartoon on Fox, and all the time I remember thinking, "Why doesn't that guy pack up his parachute? Is he constantly just jumping out of a plane off-screen?" (Yeah, I know!) 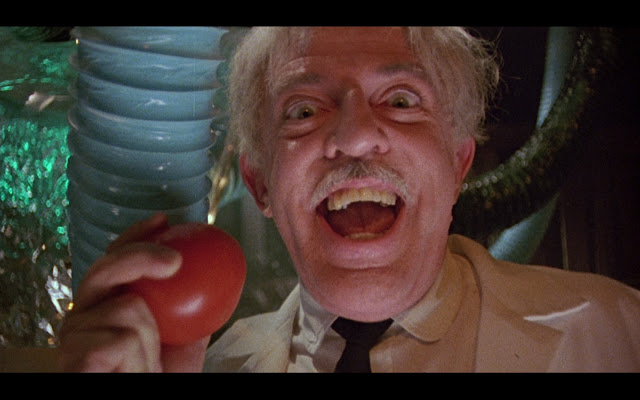 John Astin plays Dr. Gangreen, a bat-shit crazy mad scientist hell-bent on turning tomatoes into people through a machine powered by music, and the choice of music decides what type of person it makes. For instance, rock music makes muscular, ill-tempered "Rambo" guys, whilst sexy music makes sexy ladies like Dr. Gangreen's assistant, Tara, portrayed by the beautiful Playboy Playmate, Karen Waldron. Anthony Starke plays Chad Finletter, the nephew of Wilbur Finletter, who led the humans to victory in the Tomato Wars. Chad is madly in love with Tara, but doesn't know she is actually a tomato. Finally, George Clooney plays Matt Stevens, the local lady's man. Both Chad and Matt have grown up in a time where tomatoes are illegal and work in a pizza shop that serves things like peanut butter, jelly, and herring pizza. All these characters come together to make a wonderful comedy soup with plenty of cheese. 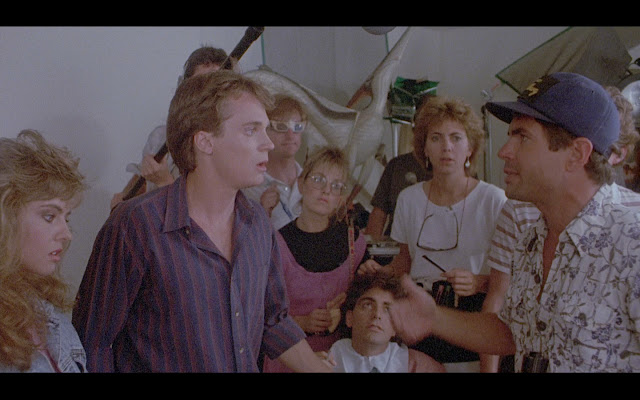 If you look up the term "tongue-in-cheek," you will definitely see Return of the Killer Tomatoes among the myriad other films in existence, but this film does it with gusto. At one point, director John DeBello, appears on screen as himself and says production has to stop because, they are out of money. George Clooney is sitting in the makeup chair and suggests that they do product placement, and the rest of the film is treated as the most obvious of commercials for various products from Pepsi to toothpaste. The actor's hold up the product and smile right at the audience and give a brief description and slogan in a pioneering stroke of comic genius. 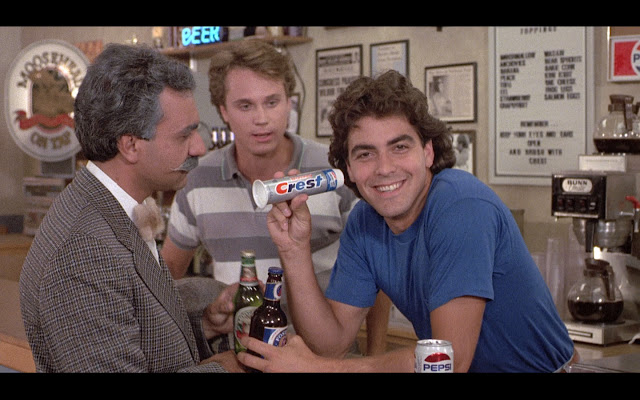 While Return of the Killer Tomatoes is not ripe with extras, it looks great in 1080p and the audio is crisp. The John De Bello audio commentary is is especially fun, and the interview with Anthony Starke is informative. 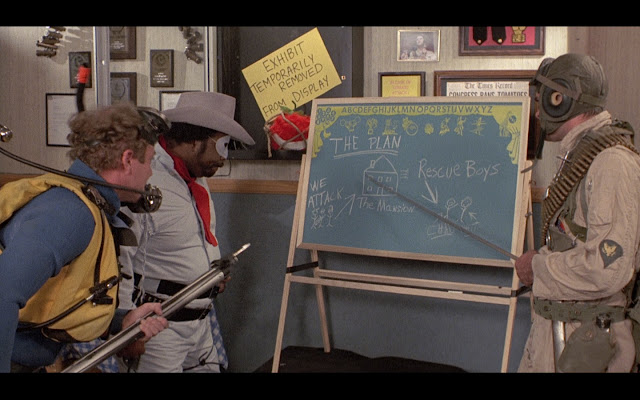 THE VEGETABLES OF DOOM! The killer tomatoes are back! But this time around, they're going to have to contend with late '80s George Clooney and his wicked mullet... Is it a fruit? Is it a vegetable? Nope, it's Return of the Killer Tomatoes! Ten years on from the Great Tomato War, mankind lives in fear of another uprising by the waxy red menace. Meanwhile, Professor Gangreen - played with gusto by the great John Astin from TV's The Addams Family - sets out to pursue his own evil ends by creating a burgeoning army of tomato militia men (who, somewhat conveniently, look just like regular men). Following on from the 1978 cult classic Attack of the Killer Tomatoes, Return of the Killer Tomatoes came armed with a healthy sense of its own ridiculousness and would expand upon a franchise that now comprises four films, two TV series and a video game. So what are you waiting for? Make Return of the Killer Tomatoes one of your five-a-day now!