VAMP OR THE DONGER NEED BLOOD! 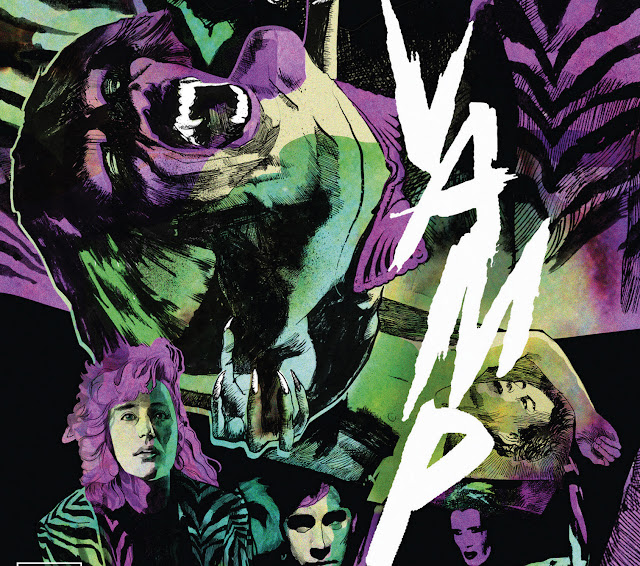 Vamp arrived in the US on Blu-Ray on October 11th from Arrow Video. The film follows Keith (Chris Makepeace) and Vic (Robert Rusler) as they look to score some strippers for a frat party in lieu of the frat's lame attempt at pledging. They find a place called the After Dark Club that's full of beautiful women ready to take their clothes off for money, only it's not money they are after, but blood! 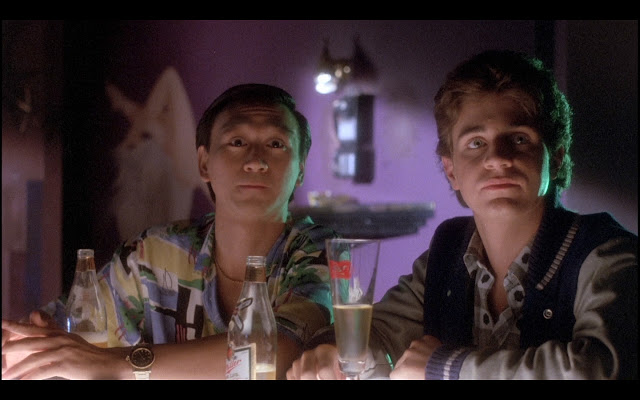 I first saw Vamp a few years ago on Netflix, but have been aware of it since it was released on VHS in the 80's, mainly because of its cryptic box art depicting red lips with white fangs and a creepy green vampire laid in a triangular cutout. I wasn't impressed upon my first viewing and haven't watched it since. However, after viewing the excellent Arrow Video blu-ray, I have seen the light and discovered that it's a pretty damn funny and well-made film. 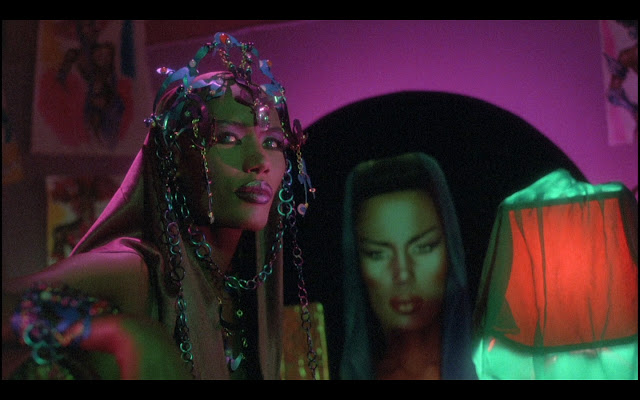 Although Grace Jones had no lines whatsoever, she brought her awesome weirdness and shined as Katrina, the HVC (Head Vamp in Charge). All she needed to do was look cool, sexy, and scary, which she did in spades. Chris Makepeace, in his best role post My Bodyguard and Meatballs, was the all-around sensible good guy and hero. Fresh off of A Nightmare on Elm Street 2, Robert Rusler plays A.J, Keith's best friend and party animal. DeeDee Pfeiffer plays the adorable and naive Allison, whose sparkling personality won't be dampened by some vampires. Finally, Gedde Wattanabe plays the full on comic relief of Duncan. If the name Gedde Wattanabe doesn't sound familiar, how about Long Duk Dong, the hilariously overly racially stereotypical character from Sixteen Candles? There, now you remember. Duncan is an undersexed third-wheel rich kid who just wants friends, if even for only a week. 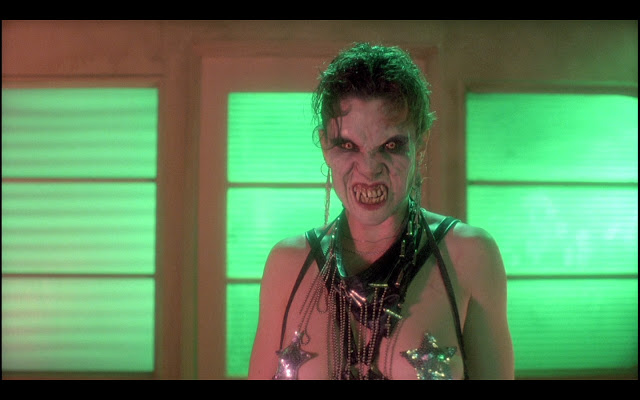 The Arrow Video release of Vamp is nothing short of stellar. The picture looks great in HD and the special features are plentiful. The making-of documentary is pretty awesome and gave me a new appreciation for the film itself. Although Grace Jones wasn't in the documentary, the stories about her are hilarious. There is also rehearsal some VHS footage of Grace Jones with director Richard Wenk as they choreograph the scene where she bites A.J., in which Wenk seems to be enjoying himself quite a bit. There are some bloopers, but only a few have sound, otherwise they are drowned out with Phil Collins' "I Don't Care Anymore." Finally, there is Wenk's short film, Dracula Bites the Big Apple, which is hilariously tongue in cheek with hammy gags, but super fun to watch. 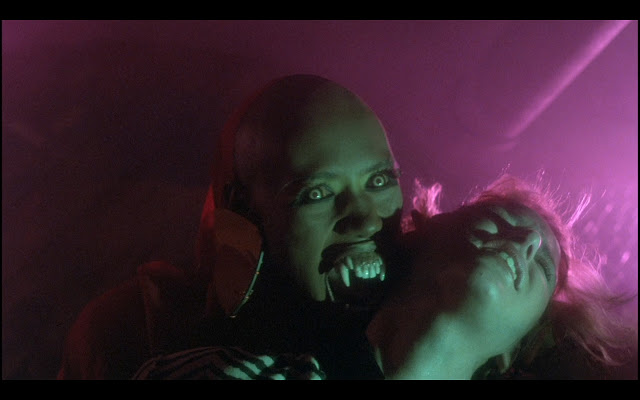 This is yet another release from Arrow Video that deserves a spot on genre fan's shelves. Order Vamp here.

THE FIRST KISS COULD BE YOUR LAST! Two fraternity pledges head to a seedy part of town to find some entertainment for their college friends but are faced with bloodthirsty vampires! Keith (Chris Makepeace, Meatballs) and AJ (Robert Rusler, A Nightmare on Elm Street 2: Freddy's Revenge) want to make the right impression at college and so they devise a plan to get them into the best frathouse on campus. They head to the After Dark Club where they want to find a stripper for a party their friends won't forget, instead they find themselves among vampires led by Kinky Katrina (Grace Jones, A View to a Kill)! Almost certainly an influence on From Dusk til Dawn, Vamp is superbly designed by many of Grace Jones' own award-winning collaborators and features stunning effects by four-time Oscar winner Greg Cannom (The Lost Boys, Bram Stoker's Dracula). Delivering laughs and scares in equal measure, with the added bonus of vampy sex appeal, Vamp is a comedy horror romp with real bite! 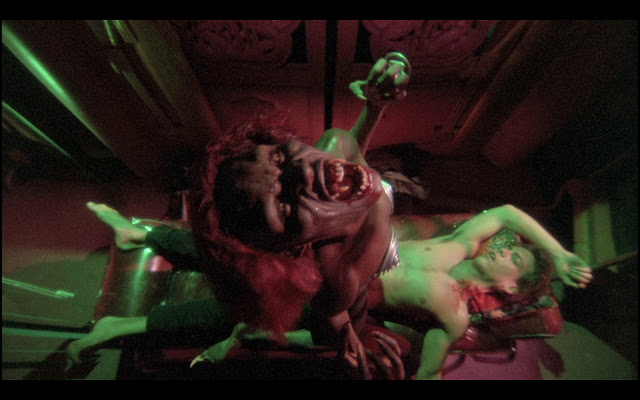