PHANTASM: RAVAGER, OR A SWAN SONG FOR REGGIE (SPOILERS. DON'T READ UNLESS YOU WATCHED) 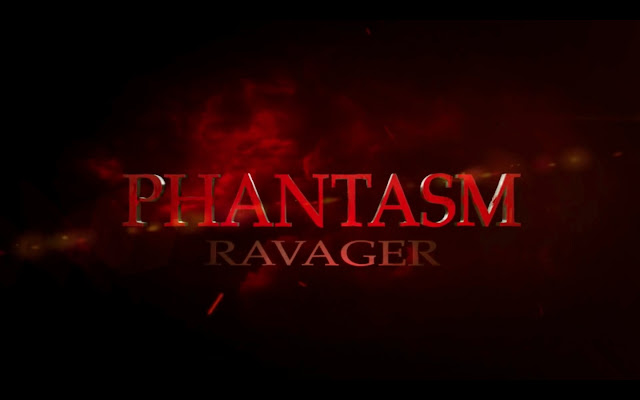 Phantasm's I-OblIVion were a great adventure, but alas every adventure must come to an end...

Phantasm RaVager sees a frail Reggie committed to a hospital after he was found wandering the desert. While there, he starts slipping in and out of time to the desert and to a red war zone. Mike, who "visits" Reggie regularly, tells him he's been diagnosed with dementia. As the film goes on, Reggie's reality slips become more and more severe, and he can't tell what is real and what isn't...or if anything is real at all. 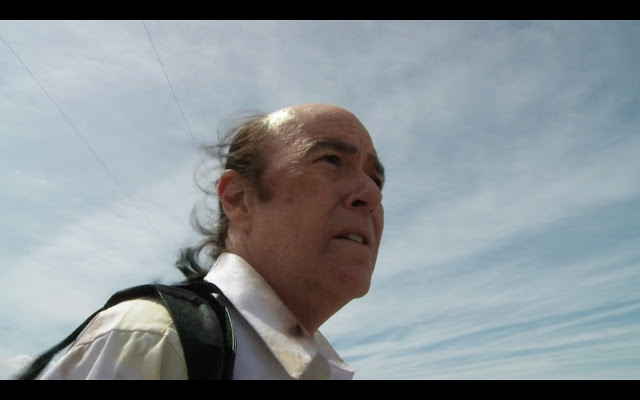 RaVager is not the best in the series by a long shot. It feels very episodic because of it's origins as Reggie Tales, so it tends to be rather jarring when they abruptly switch from "reality to reality." However, depending on your point of view, this may just fit in with the series. Also, the multiple reality fits in with the theory I posited in the article I wrote when the leaked extended trailer came out in 2015. It does appear that they used small portions of Roger Avery's "Phantasm 1999 A.D.," Stephen Romano's "Phantasm ForeVer"script and "Phantasm: Overminds" comic book. "Phantasm 1999 A.D." had the "Bag Plague," in which the afflicted's head explodes, the "Battle-Cuda" and the shot of the multiple Tall Men. "Phantasm ForEver" and "Phantasm: Overminds" had  Mike being in a coma for 10 years from but instead, they had Reggie in the coma in RaVager. 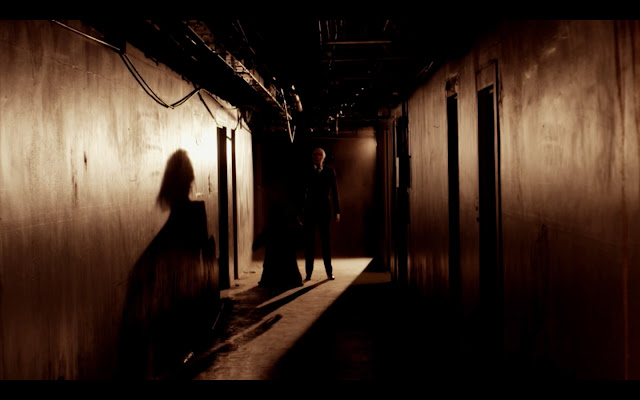 I'm a special FX snob, and pretty proud of it; to me, a bad practical effect is still far better than a bad digital effect because, at least the practical effect is on the set with the actors. The digital FX in RaVager are abundant and pretty bad. I liked the giant spheres interacting with the cities, but that's where it ends. Even the little spheres were CG to the point they looked static and unreal. I'm glad they still did some practical stuff with the blood coming from the sphere-kills, but if you're coming into RaVager without having watched ANY trailers and thinking the FX are going to be anywhere near their predecessor's, or that this is going to be some J.J. Abrams stuff like Remastered, "you're gonna have a bad time." 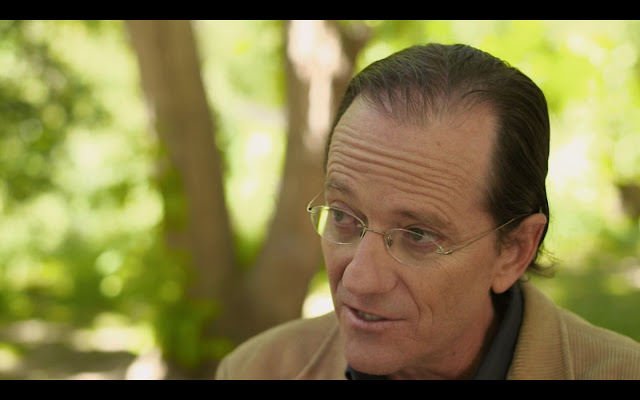 Reggie Bannister was hot as love. He really especially brought it for his final scene, and when combined with the sad music, I shed a tear. A. Michael Baldwin did fine as Mike as usual. Bill Thornburry's Jody was spot-on, even if he was only on-screen for a few minutes. Dawn (Dawn Cody) was smoking hot, and I loved that Hartman gave Reggie a shot at some lovin', but made him be asleep when she came back downstairs to get him.  The inclusion of Gloria Lynn-Henry's Rocky was nice, but ultimately seemed wasted as she didn't really do anything. Chunk (Stephen Jutras) was a fun, one-dimensional character, and his undercover infiltration into the dwarf ranks would've been cooler if they showed what he had to do to get there. Kat Lester briefly appeared as the Lady in Lavender in one of the best scenes of the entire film as it contained little CG except during the face morph. Finally, Angus Scrimm puts on his red jeweled tie-pin and black suit for the final time. He didn't do much in the way of action while on screen, not that he ever did outside of Phantasm, but he spoke his lines with conviction and fervent evil, like he always has. In one instance, while speaking with Reggie, the Tall Man displays an uncharacteristic act of benevolence. He gives Reggie the option of having his family back as long as he gives up his quest for Mike and Jody. Reggie flat out refuses, fearing they'd be reanimated corpses than his actual wife and daughter. Then the Tall Man gets frustrated/perturbed, perhaps for the first time in the series, when he simply doesn't understand why Reggie keeps interfering on Mike and Jody's behalf. Being that the Tall Man isn't human, he doesn't understand loyalty. 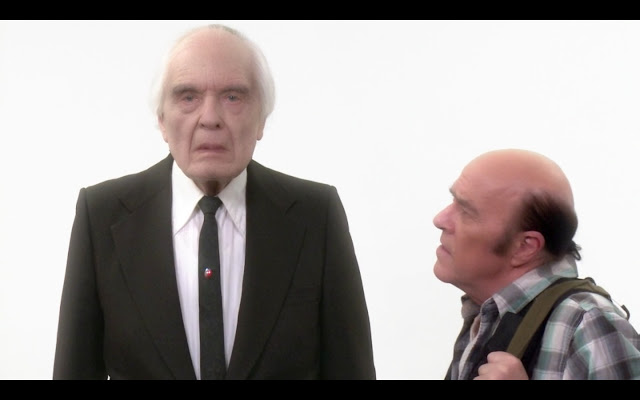 The end of RaVager, follows the rest of the films in the series with a "WHAT THE FUCK JUST HAPPENED?!?" ending. Reggie's realty ends up distorting permanently and, after blasting a few Gravers, he jumps into the Battle-Cuda with Mike and Jody and drive off. From the back seat, Reggie is just grateful to see his friends and puts his head back. The screen goes black and then, in a heartbreaking scene, we watch Reggie succumb to his illness on his deathbed with Mike and Jody at his side. The screen switches back to the Battle-Cuda with Reggie alive and well driving off into the distance. The credits roll and the picture comes back showing Chunk come through a dimensional fork, a little worse for wear, where Rocky is waiting for him. They get picked up by Jody and drive off into the battle zone where giant spheres are hovering over a decimated city. The credits resume with footage of everyone kicking some ass in the background and that's it... 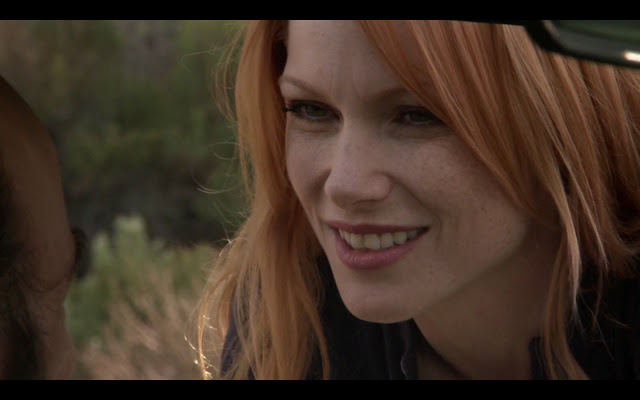 So what the fuck just happened, right? That's the thing with the entire Phantasm series: it can be interpreted many ways. On the series as a whole, I believe that at the end of Phantasm, Jody is dead, plain and simple, and Reggie takes care of Mike. In Phantasm II, Mike is in the mental hospital because, he can't deal with his grief and fear, and after a gas leak in Reggie's house, Reggie loses his family, so all he has is Mike and he will do anything to protect him. Phantasm III shows Mike discovering there is something foreign in his head. OblVIon shows Mike dealing with what was found in his head. To me, the sphere in Mike's head is a metaphor for brain cancer. Mike dies at the end of OblIVion from his brain cancer, leaving Reggie all alone. RaVager shows that all the traumatic events of Reggie's life have taken their toll and he now has dementia. The ghost of Mike visits him regularly; at one point Reggie is in mid-conversation with Mike, then when he looks over, Mike isn't even there. Yeah, they show Mike and Jody around his deathbed, but I think they were just in his imagination. 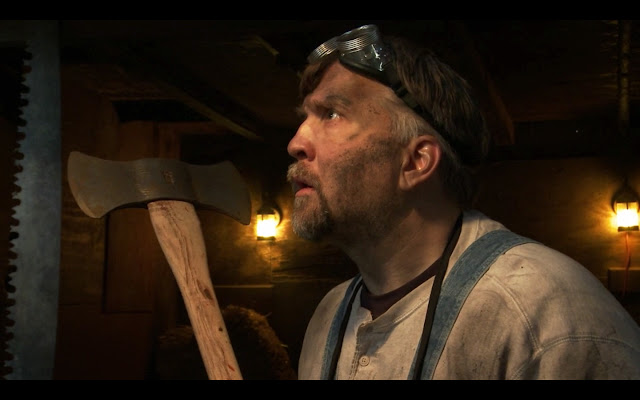 This presents yet ANOTHER question: if Reggie is dead, then how is he in the Battle-Cuda? I believe that the red dimension is a kind of Valhalla, where Reggie, Mike, Jody, Rocky, and Chunk, fight the Tall Man for all eternity, which explains the footage playing behind the credits, and ALSO explains the Tall Man's line in Phantasm II: "You think that when you die, you go to Heaven? You come to us!" He echoes that sentiment again in RaVager: "None of you ever listen. When the time comes, they don't die. They come to me." 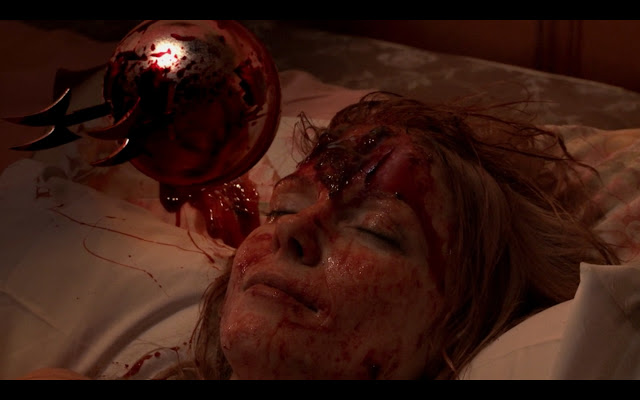 Did I like RaVager? For the most part, yes, but for having to wait 18 years for the conclusion to the beloved "Phranchise," there was a lot left to be desired. I did however, really enjoy the new score and hope that there is a CD/vinyl release. While there is closure of a kind, it's not the closure the majority of the Phans were hoping for, like destroying the Tall Man once and for all or finding out why it was Mike that was so special to him. However, if anything can be gleaned from RaVager as a whole, it's that the real "Ravager" is really time and its effect on humanity, and that the Tall Man is everything and nothing at all. He is the Phantasm. 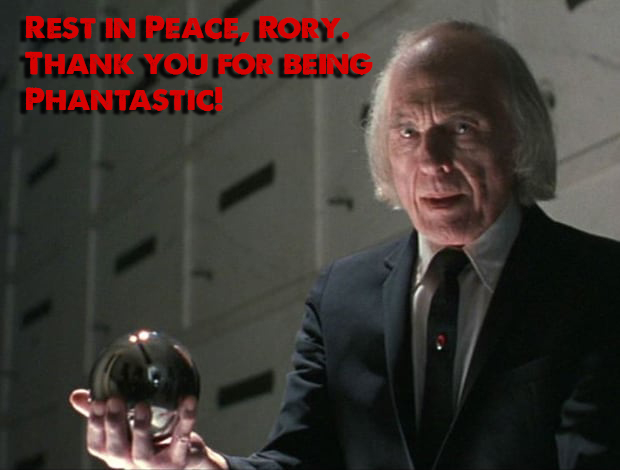