'THE HERSCHELL GORDON LEWIS FEAST,' OR GORGE ON THE GORE! 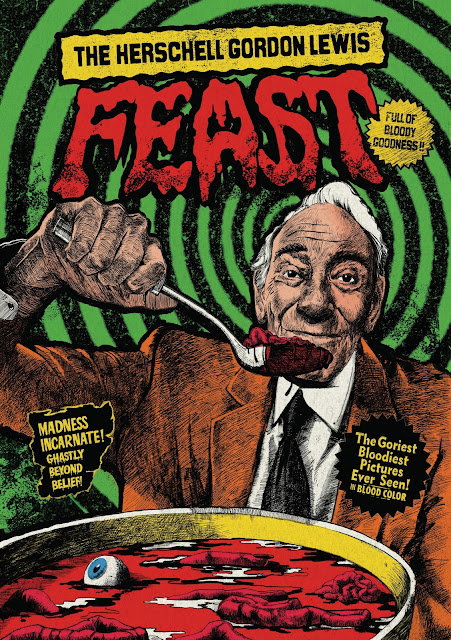 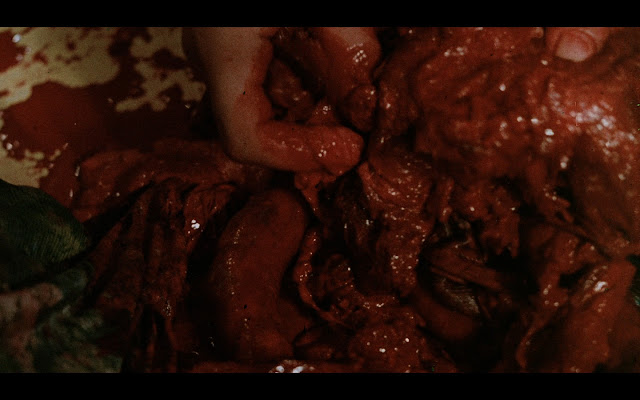 I say this a lot in my reviews of Arrow Video releases, and I am sure it is old hat by now, but Arrow Video has really outdone themselves...there's really just no other way to say it. You ever watched an old favorite that's been re-mastered all to hell so that all that's left is the noticeable grain? Well, fret not, film purists! All the films still have our beloved scratches, hairs, and marks that let you know you are still watching a shot-on-celluloid product! The hi-def transfers are beautiful. The colors are sharp and the reds really pop off the screen The re-mastered audio sounds as clear as if it were recorded yesterday. 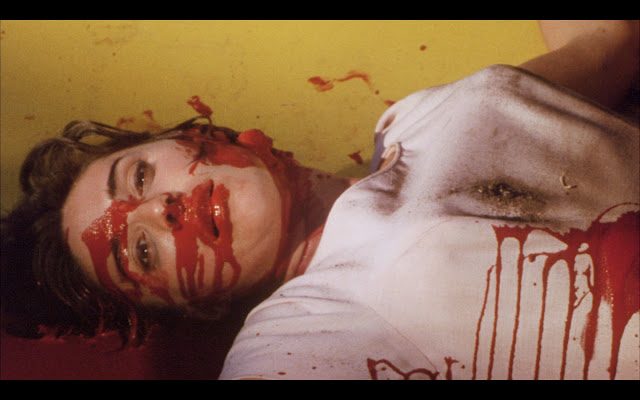 If you are a major H.G. Lewis fan, this is a must own. It should be a law, really. While it's not exactly inexpensive at $159.99 on Amazon, when you factor in what you're getting in terms of presentation, quality, and bonus content, you should consider yourself lucky you aren't probably paying the MSRP of $229.95!

The Herschell Gordon Lewis Feast is limited to only 2500 units in America, so act fast! 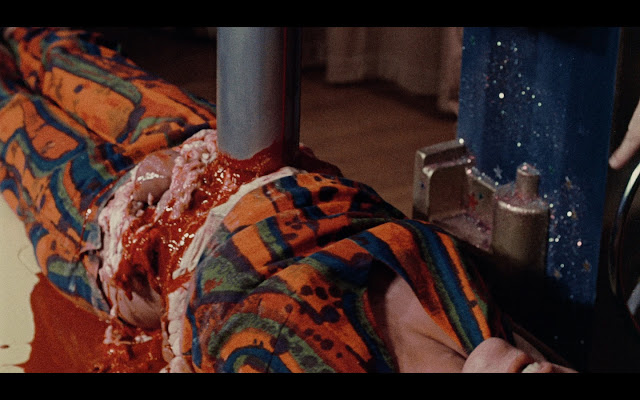 
In 1963, director Herschell Gordon Lewis pulled a cow's tongue out of an actress' mouth on camera, and in doing so, changed the landscape of horror cinema forever. That sequence was just one of numerous gruesome gags featured in Blood Feast, the film credited as being the world's first gore movie. It's no exaggeration to say that the modern gross-out movies of today owe their very existence to the pioneering efforts of H.G. Lewis. But whilst Lewis is most widely celebrated for his blood-and-guts epics (Two Thousand Maniacs!, The Wizard of Gore et al.), there's more to the prolific director than splatter. From tales of sordid photographers (Scum of the Earth) to sex robots (How to Make a Doll), from biker girl-gangs (She-Devils on Wheels) to youths-run-amok (Just for the Hell of It), and from psychic witches (Something Weird) to hard liquor-loving hillbillies (Moonshine Mountain), the filmography of H.G. Lewis reads like a veritable wish-list of exploitation movie madness. Now, for the first time ever, Arrow Video is proud to present fourteen of the Godfather of Gore's most essential films (including nine Blu-ray world debuts), collected together at last and packed full of eye-popping bonus content. So put your feet up, pour yourself a glass of good ol' moonshine, and prepare yourself for a feast - H.G. Lewis style!