'THE INITIATION' OR, NO SORORITY IS WORTH THIS! 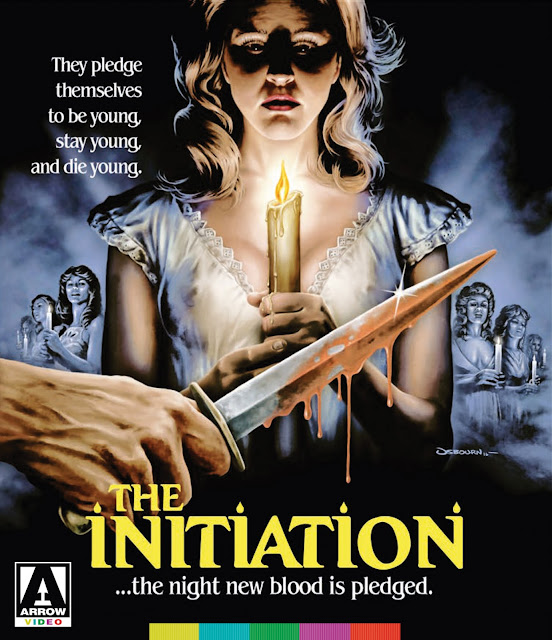 Released on November 8th from Arrow Video was The Initiation, which stars Daphne Zuniga, in her first major starring role.
The Initiation may be one of the lesser known 80's Slashers, but it certainly isn't the worst in the pantheon. It does hold a high position in the "Sorority Slasher" sub-genre, however. The title, "The Initiation," and its cover design suggests someone is trying to obtain entry into a cult or coven...well, I guess, maybe a sorority isn't that far off. 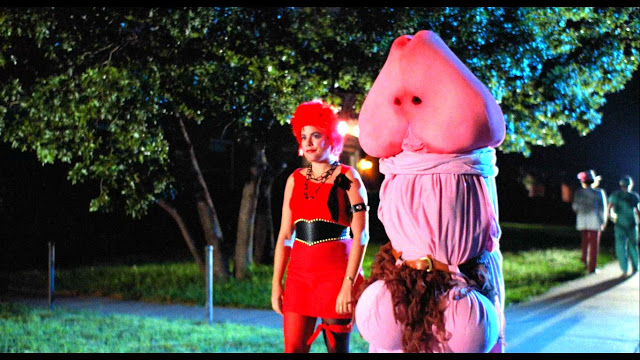 The film itself was pretty cool. Clu Gulager is always welcome in a film, no matter the capacity. And how often do you get to see Vera Miles in a sex scene? The answer is never. They may have been stunt doubles for Clu and Vera, but maybe not. They were obscured until the end of the scene. 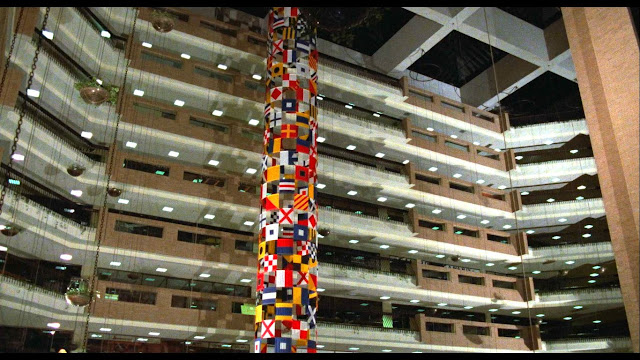 The shopping mall, where most of the carnage takes place, is a time capsule of 80's culture. For all the younglings that are discovering the 80's for the first time, malls used to be a really big deal. They were the epicenter of solial activity with great arcades,stores and ok food. While they are still present today, malls are a mere shell of their former selves, with some all but desserted. The mall in The Initiation was something spectacular, though. In reality, it was probably an office building, but there was something about the way it was set up that made it unsettling. There were plenty of places for the kids to hide, but just as many for the killer as well. 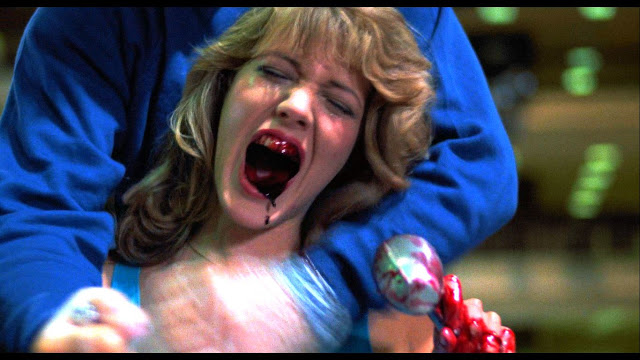 Arrow Video did another decent job with The Initiation. The picture is a bit on the grainy side, but still looks good and the sound is top notch.

The Initiation is definitely worth purchasing especially for the die hard Slasher fan. Order here. 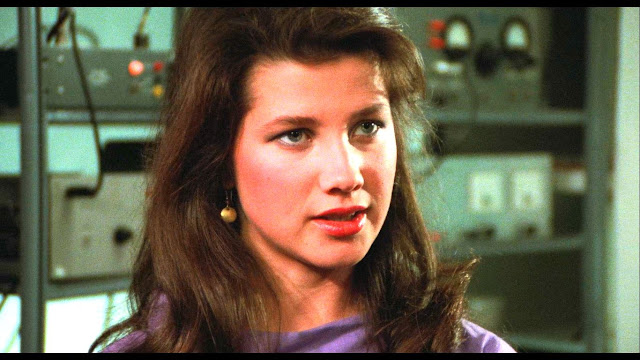 Kelly's new sorority has a special initiation ritual in store for her - an after-hours break-in of her father's department store. But what begins as a night of harmless college fun turns sour when, once inside the enormous mall, Kelly and her fellow pledges find themselves locked in for the night... with a deadly intruder stalking the corridors.

Arriving in 1984, The Initiation might have been late to the slasher party, but, alongside the likes of The House on Sorority Row and The Mutilator, it remains one of the stronger entries to emerge in the latter days of the slice-and-dice boom. 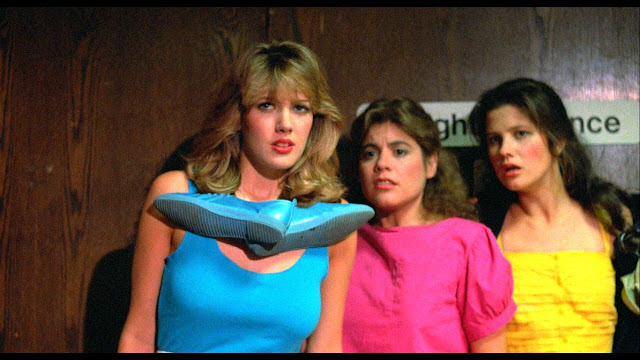