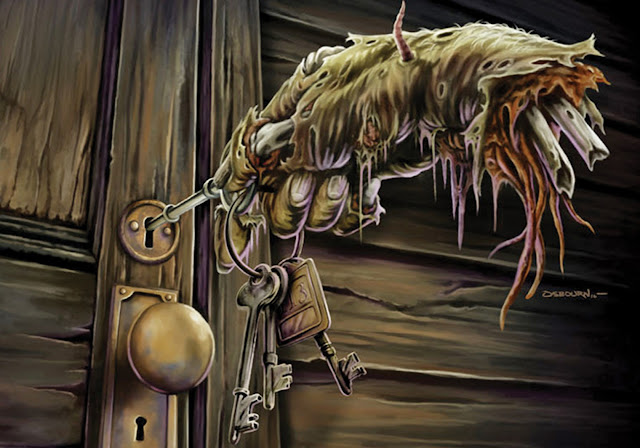 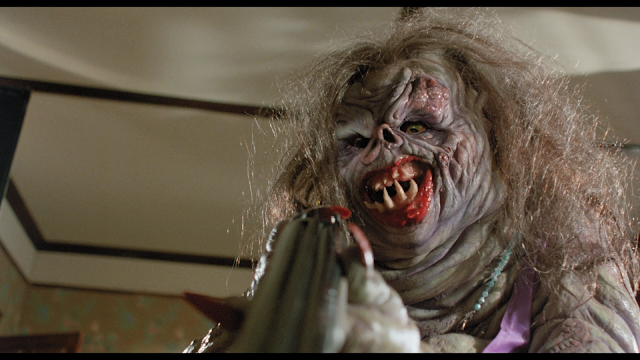 After the death of his Aunt Elizabeth (Susan French), Horror novelist, Roger Cobb (William Katt) moves into his Aunt's large house to work on his book, which is about his personal experiences in Viet Nam. All the while, he is dealing with flashbacks of the war in a sort of early version of PTSD. (At this point in time, PTSD was an undiagnosed issue.) Also, Roger is dealing with the fact that his son is missing and the authorities have no leads. The malevolent house feeds off of Roger's fears and anxieties and manifests them into flying garden tools, a hideous witch, a malformed war demon, and a vengeful friend from his past.. 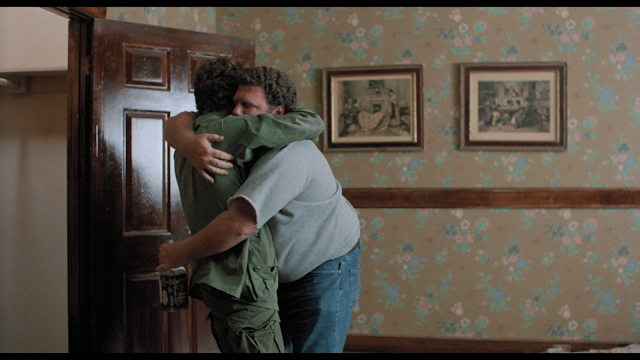 Apart from William Katt, House boasted some pretty decent acting from George Wendt (Cheers), who played Katt's nosy, albeit well-meaning neighbor, Harold Gordon. Harold and Roger start off on the hilariously wrong foot when Harold starts talking about how crazy the former owner of the house was, not realizing she was Roger's Aunt. Harold is hilarious in his naivete. For instance, when Roger tells him his story, Harold's only reply is, "Wow...life's a bitch, huh?" A great role in the film was played by Richard Moll (Night Court), who played Roger's ill-fated comrade, Big Ben, an overzealous soldier with a huge machine-gun. If you are an old-head like myself, you've probably seen Night Court and recognize the stark difference in character between Bull and Big Ben. Bull, a bailiff, was this big, imposing guy, but was ultimately sweet and somewhat dim-witted. Big Ben was neither, and a stark departure from the lovable Bull. 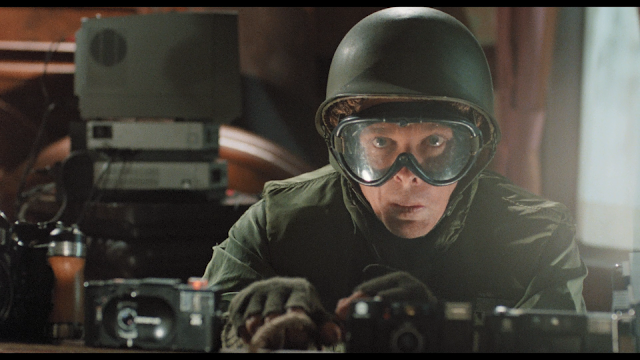 If I remember correctly, House was the first full-on new horror film I watched with my Dad. I was so excited and scared at the same time throughout the day. At the age of 4 or 5, I felt like a real grown-up because I was watching a scary movie. We ordered a pizza, turned out the lights I got my blanket ready for hiding, and we turned on HBO. However, it didn't really scare me too much; I think maybe the Witch scared me, and those creepy kids in the fireplace as well, but that was about it. 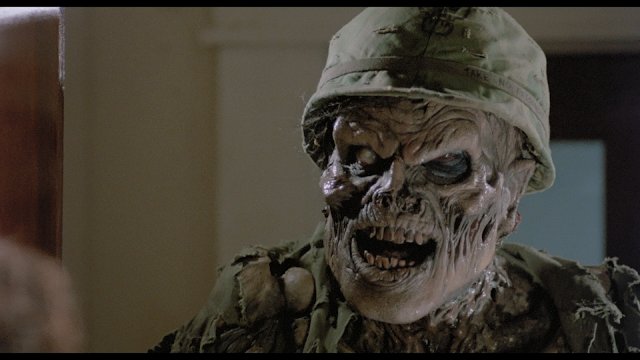 In House II: The Second Story, about Jesse Mclaughlin (Arye Gross), whom after inheriting his ancestral home, digs up his still alive Great-Great Grandfather. "Gramps" (Royal Dano) was buried with a crystal skull that kept him alive, which also powers the house. The rub is that once the skull is in the house, otherworldly forces from across time and dimensions come out of the walls all seeking the skull for their own nefarious reasons. 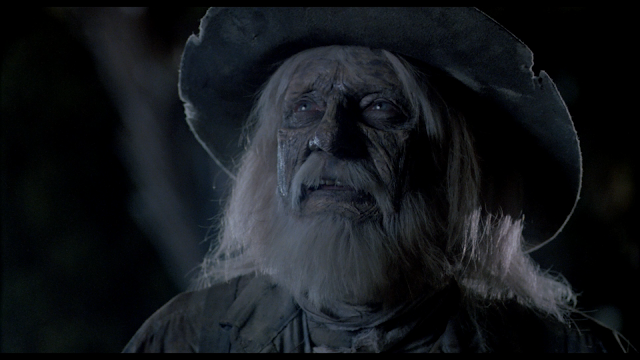 As fun as Arye Gross was, he was overshadowed by Royal Dano, Jonathan Stark, and John Ratzenberger. Jonathan Stark, hot off of Fright Night, played comedic sidekick, Charlie, an opportunistic music manager, who was cracking a joke a minute, and was more than game to dig up a supposed corpse. John Ratzenberger, another Cheers alum, played Bill Tanner, electrician and adventurer. Jesse calls him early on in the film, and by the time he gets out to the house, Jesse is knee-deep in skull-seeking bad guys. Bill rips out a wire in a wall and opens up a doorway to an alternate universe, but he takes it in stride, goes to his toolbox, grabs his sword and he, Jesse, and Charlie save a Virgin and the skull from ancient Aztecs. Finally, only Royal Dano can play a walking, rotting corpse that you could really care about. Dano was from a time where Westerns were everywhere and he was in almost all of them, which really lent itself to Gramps, an old cowboy. Gramps and Charlie take to each other right away. In one of the funniest parts of the film, Charlie shows Gramps his car and they go out to the middle of nowhere, get drunk, and look at the stars. 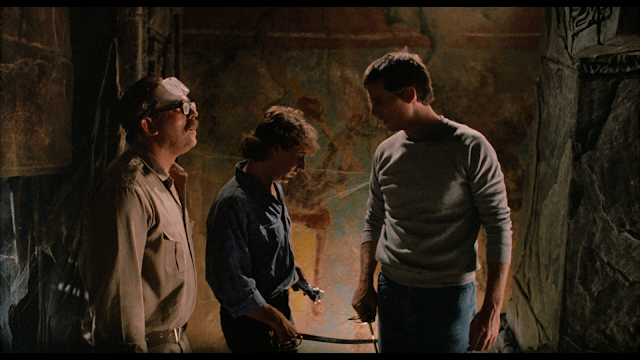 While there was an abundance of comedy in House II, there was also a lot of heart. Jesse was given up for adoption to protect him from a malevolent apparition seeking the skull, so he never knew any of his blood relatives. When Gramps comes into the picture, they bond almost instantly with him telling Jesse to call him Gramps after he calls him Sir. Gramps says, "Don't call me sir, I ain't no politician. I'm your Great-Great Grandfather. (With a smile) You can call me Gramps. That's what your Grandaddy used to call me." Gramps is so kind, and sweet, that you can't help but get attached, which makes his eventual end even more heart-breaking. When Jesse tells Gramps he loves him, the look in Gramps' eyes, although brief, is saying that maybe no one ever told him that before. He tells Jesse he loves him and fades away. It's a great scene that leaves you with a heavy heart and tears in your eyes. 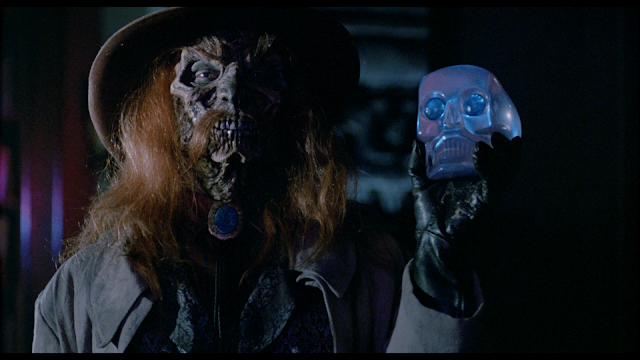 Arrow Video knocked it out of the park with this box set. Though, I'd have liked the entire series to be released in the states, I'm totally good with just House and House II since I'd be watching those the most anyway. The 2K transfer is beautiful and crystal clear, and the special FX are the real beneficiaries of the transfer. There are so many details that are now visible on Big Ben, Slim, and the Witch, that viewers can now, more then ever, fully see all the hard work the FX artists put into these pieces. 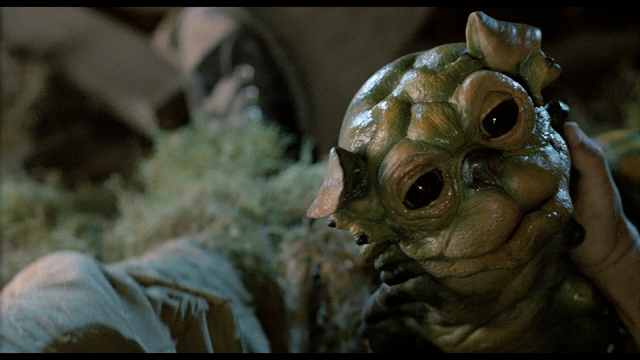 House: Two Stories definitely needs to be on your short-list of box sets to buy this year! 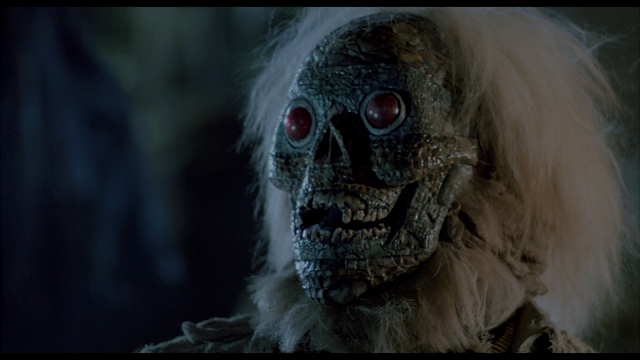 
Step inside, we've been expecting you! At long-last, Arrow Video is proud to present the first two installments of hit horror franchise House on Blu-ray for the first time!

In the original House, William Katt (Carrie) stars as Roger Cobb, a horror novelist struggling to pen his next bestseller. When he inherits his aunt's creaky old mansion, Roger decides that he's found the ideal place in which to get some writing done. Unfortunately, the house's monstrous supernatural residents have other ideas...

Meanwhile, House II: The Second Story sees young Jesse (Arye Gross) moving into an old family mansion where his parents were mysteriously murdered years before. Plans for turning the place into a party pad are soon thwarted by the appearance of Jesse's mummified great-great-grandfather, his mystical crystal skull and the zombie cowboy who'll stop at nothing to lay his hands on it!

From the team that brought you Friday the 13th, House and House II are era-defining horror classics - now newly restored and loaded with brand new extras!