DONNIE DARKO, OR HOW MANY SPENT THEIR COLLEGE YEARS DRUNK AND DISCUSSING SIGNIFICANCE OF THE FILM 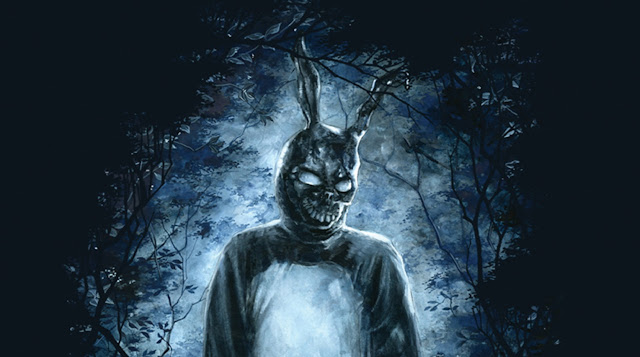 On April 18th, Arrow Video released the definitive edition of the indie film classic, Donnie Darko, in a Blu-ray/DVD combo set. The film has been remastered in 4K and is loaded with extras; some of which were ported over from prior DVD releases. 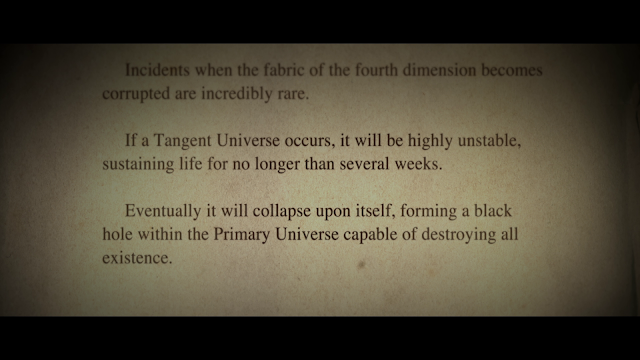 Donnie Darko, an adolescent, upper-middle class, suburban teen, is snatched from the jaws of death by Frank, a 6 foot tall man in a demented looking bunny costume. This one action sets off a chain of events that will change the lives of himself and those around him forever. 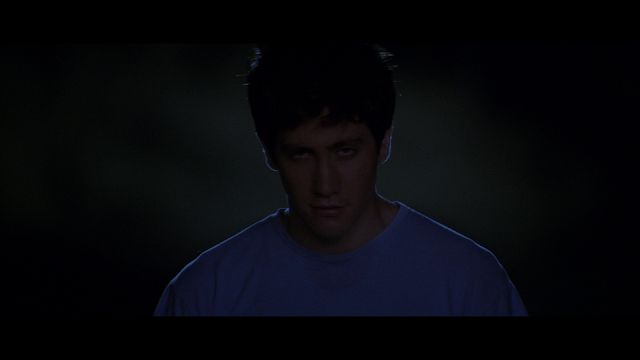 Sooooo, what exactly is Donnie Darko about? Well...it's about a lot of things: time travel, alternate dimensions/realities/universes, and ultimate destiny. Donnie was destined to die when that jet engine crashed through the roof into his room, but he was pulled away by Frank, therefore, creating an alternate reality, a tangent universe, which can only exist for a limited amount of time before it fizzles out of existence. The time travel aspect isn't ever fully explained except through some cryptic images and exposition about the theory of the Einstein-Rosen Bridge, which is a wormhole in space created by man. The only thing that travels through the wormhole is the jet engine, which travels from the tangent universe to the prime universe, or Keystone universe, if you're a Dark Tower fan. Donnie himself never does any time travelling, despite what you think about him laughing in his bed just before the crash. That's really the mind-fuck of the whole film: did Donnie's experience in the tangent universe actually happen, or was it all just a dream? OR, did that whole tangent universe exist as a causality loop just so that the jet engine COULD crash through the roof and kill Donnie??? Chew on that for a minute... 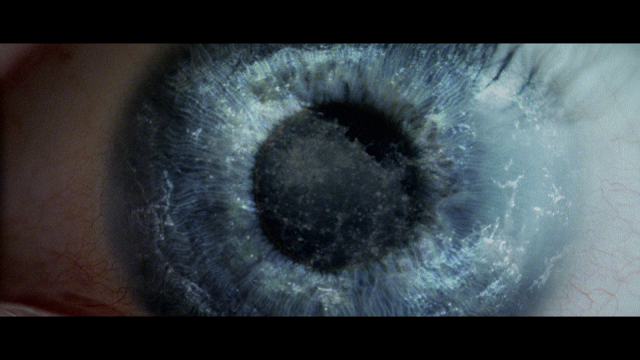 Donnie Darko is yet another superb release from Arrow Video! The 4K remaster looks spectacular! The film is very dark overall and details used to be obscured. Now, with the 4K, even the dark parts are super detailed. The sound is also awesome. The 80's soundtrack sounds better than ever, especially the cover of Tears For Fear's 'Mad World' by Gary Jules. 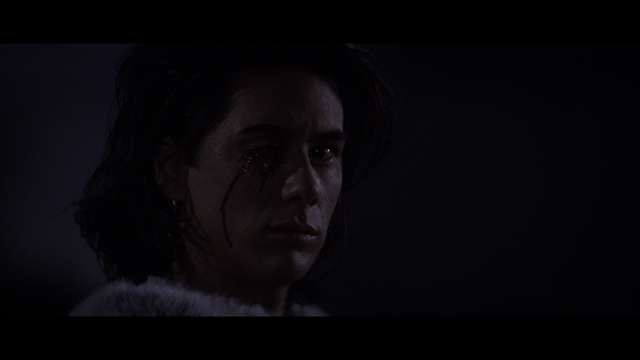 Do yourself a favor and buy Donnie Darko from Arrow Video here and get sucked back into the tangent universe.


I WANT YOU TO WATCH THE MOVIE SCREEN. THERE'S SOMETHING I WANT TO SHOW YOU. Fifteen years before Stranger Things combined science-fiction, Spielberg-ian touches and 80s nostalgia to much acclaim, Richard Kelly set the template - and the high-water mark - with his debut feature, Donnie Darko. Initially beset with distribution problems, it would slowly find its audience and emerge as arguably the first cult classic of the new millennium. Donnie is a troubled high school student: in therapy, prone to sleepwalking and in possession of an imaginary friend, a six-foot rabbit named Frank, who tells him the world is going to end in 28 days 06 hours 42 minutes and 12 seconds. During that time he will navigate teenage life, narrowly avoid death in the form of a falling jet engine, follow Frank's maladjusted instructions and try to maintain the space-time continuum. Described by its director as "The Catcher in the Rye as told by Philip K. Dick", Donnie Darko combines an eye-catching, eclectic cast - pre-stardom Jake and Maggie Gyllenhaal, heartthrob Patrick Swayze, former child star Drew Barrymore, Oscar nominees Mary McDonnell and Katherine Ross, and television favourite Noah Wyle - and an evocative soundtrack of 80s classics by Echo and the Bunnymen, Tears for Fears and Duran Duran. This brand-new 4K restoration, carried out exclusively for this release by Arrow Films, allows a modern classic to finally receive the home video treatment it deserves.