BRAIN DAMAGE, OR YOU GOT THE JUICE NOW, AYLMER! 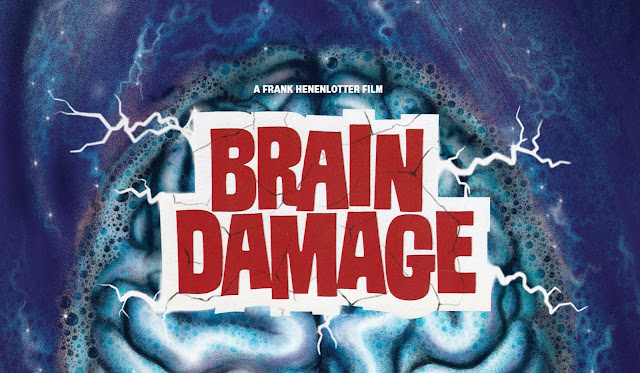 The Frank Henenlotter classic, Brain Damage, made its first appearance on Blu-ray on May 9th from Arrow Video.

Brain Damage follows Brian, a young New Yorker, as he comes in contact with Aylmer, an ageless parasite, that secretes a blue liquid that has strong psychedelic effect when injected into the brain. Brian becomes hopelessly addicted to the "juice," and in exchange, Aylmer needs to feed on brains...HUMAN BRAINS!!! 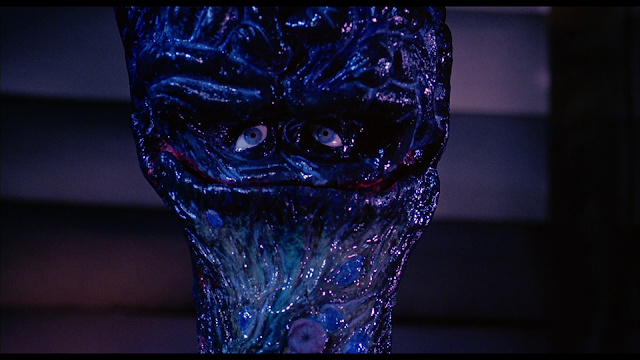 The thing about Henenlotter's films is that they don't take themselves seriously...well, maybe Basket Case tried to be a little serious, but ended up being funny anyways. However, Brain Damage pretty much took the strict horror element off the table and mixed it with a ton of comedy. It also appears to take place in the same universe as Basket Case, with Duane making an appearance on the subway holding Belial's basket. 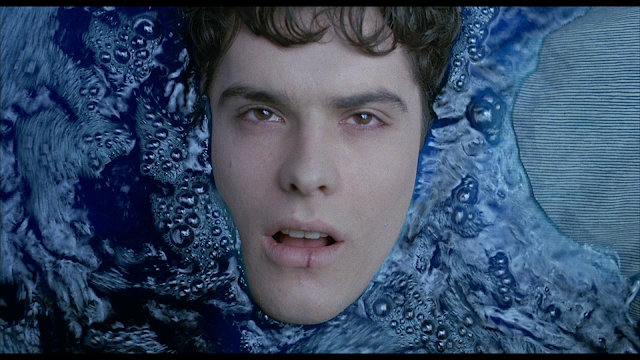 This is another film that falls into the category of "I've read about this for years, but never had a chance to see it." Now that I have, I can say that I enjoyed the shit out of Brain Damage. Aylmer was a great movie monster with his best feature being his smooth voice. With a creature that looks like a grotesque eel/penis with funny eyes, suction cups, and gnarly teeth, a smooth, Sinatra-like voice was the last thing I expected. John Zacherley, legendary host of TV's Shock Theater and Chiller Theater, provided the voice of Aylmer and really brought the character to life. 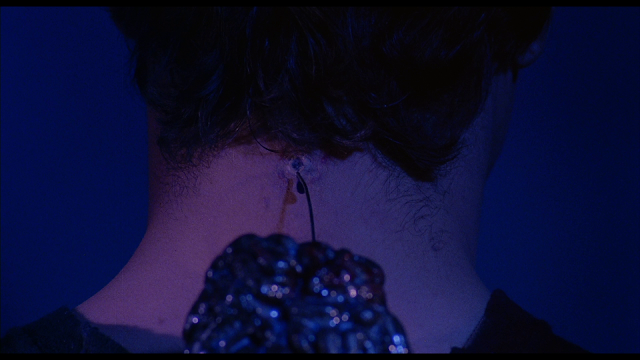 Brain Damage speaks a lot about addiction and the lengths people may go through to get their fix. For Brian, he needs to endure Aylmer's insatiable appetite for human brains, which he does, reluctantly. A scene in the middle of the film shows Brian taking control and moving himself and Aylmer into a seedy hotel room so Brian can kick the habit. Aylmer knows better, though; He's a centuries old creature and has seen people come and go saying the same things. Aylmer just waits in a sink full of water and croons out a song as Brian is losing his mind and lunch to withdrawal until he can no longer take it and crawls over on his hands and knees begging for a fix. 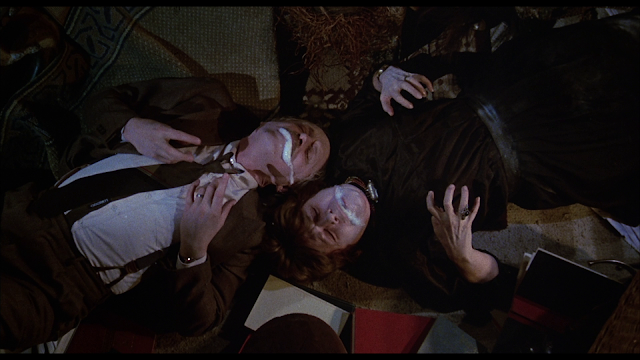 Having never seen Brain Damage before this Blu-ray, I can make no comparison in picture or sound quality other than it looks damn good and ultra-detailed. I can only imagine what Aylmer looked like in standard definition; A lot of details were probably obscured back then. Now, however, no detail is left to the imagination. 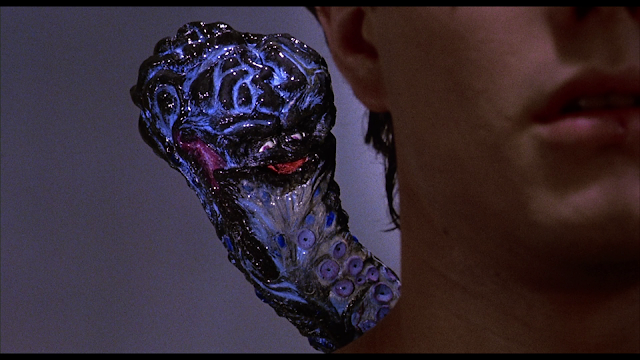 Brain Damage is definitely a blu-ray you should not wait to buy. The Aylmer in your wallet craves it!


IT'S A HEADACHE FROM HELL! From Frank Henenlotter, the man behind such cult horror favourites as Basket Case and Frankenhooker, comes Brain Damage - the ultimate head-trip, now finally on Blu-ray! Meet Elmer. He's your local, friendly parasite with the ability to induce euphoric hallucinations in his hosts. But these LSD-like trips come with a hefty price tag. When young Brian comes under Elmer's addictive spell, it's not long before he finds himself scouring the city streets in search of his parasite's preferred food source - brains! Featuring late TV horror host John Zacherley as the voice of Elmer, Brain Damage boasts some of the most astonishing bad taste gore-gags ever realized, including the notorious "brain-pulling sequence" and a blow-job that ends with a distinctly unconventional climax.