HELL NIGHT, OR A RETURN TO GARTH MANOR IN 4K 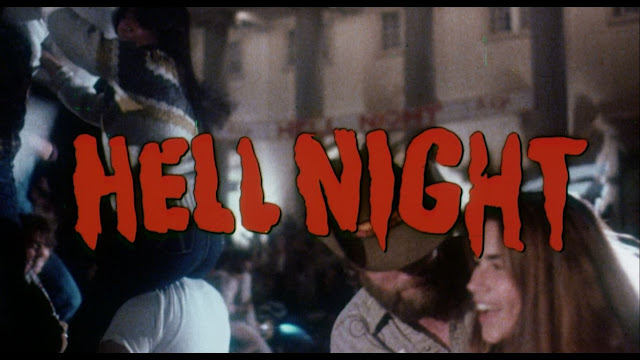 Hey everyone. Sorry it's been so long, but  I was pretty burned out on writing. When you spend 10+ hours a day in front of a screen doing tech support, the last thing you want to do is spend even MORE time in front of a computer screen. Also, this sweet hobby o'mine was starting to feel more like a job I wasn't getting paid for. But I'm getting back into it... 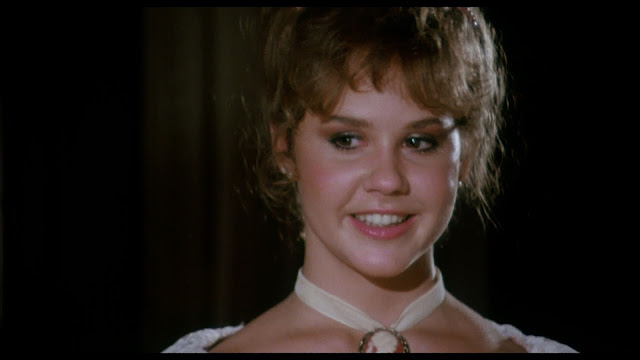 The long-awaited Blu-Ray release of Tom DeSimone's Hell Night was finally released on January 2nd, 2018  by genre mainstay, Scream Factory. Just in time for us to blow our Christmas money on. It's a 4K transfer from the "best archival print." 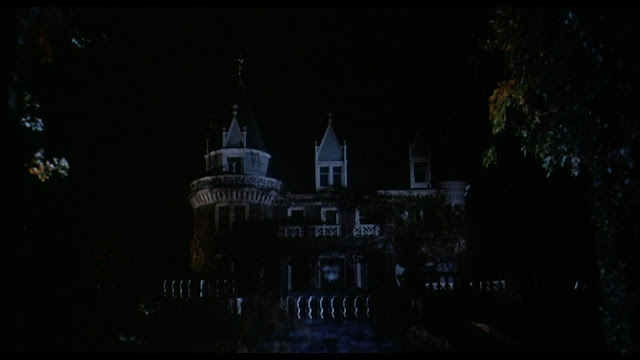 Hell Night was released in the Golden Age of Slashers, 1981, and follows a group of 4 Fraternity and Sorority pledges that are tasked with spending a night at the infamous Garth Manor. 12 years prior, Raymond Garth murdered his entire family except for the youngest, Andrew. Legend has it, that when the police showed up, they didn't find any of the bodies, nor the "gorked-up" Andrew. But now, on Hell Night, someone is going around the mansion and leaving a trail of bodies in their wake. Is it the "gorked-up" Andrew Garth, or someone else? 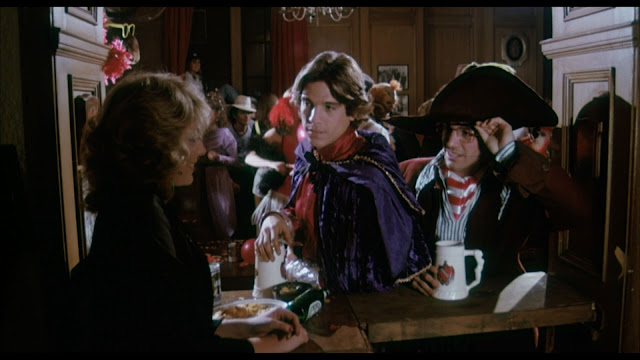 There was a simple formula for 80's horror casts: the good-girl/virgin, the virtuous hero, the party girl/nympho, and the asshole jock; Linda Blair was the infinitely cute and naive Marti, who is only doing this quid pro quo: she provides English Lit notes for the entire sorority, and she gets a car and a place to live. Peter Barton, another 80's genre star, is leading man, Jeff, who's joining the frat because of his father. Then there is the smokin' hot party girl fodder Denise, played by Suki Goodwin, who outside of the television series, Voyagers!, appeared to give up acting altogether. 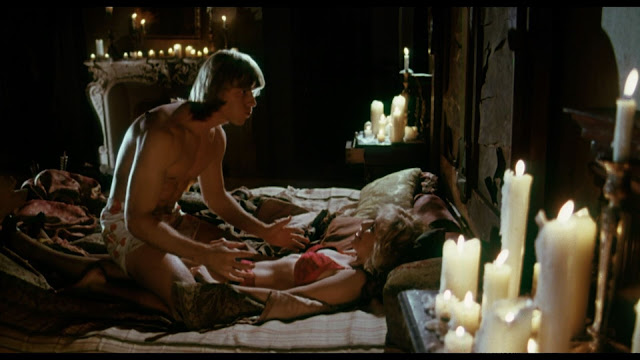 Finally, there is Vincent Van Patten, real life son of acting legend Dick Van Patten, as Wes, I mean, Seth. This guy was probably my favorite character in the film. His first impression leaves us with an expectation that he is going to be the ultimate douche and  Judas. He talks a lot about himself and his exploits and is constantly trying to nail Denise, but he ends up being a man of honor. He escapes and desperately pleads with the police to try and help. When they think it is just a prank, he sneaks into a room, grabs a shotgun and some ammo, steals a car and heads back to Garth Manor for the final, albeit ill-fated showdown. He actually transcends the jock/asshole role and inadvertently becomes the hero, for without him, the car would never have gotten to Garth Manor. 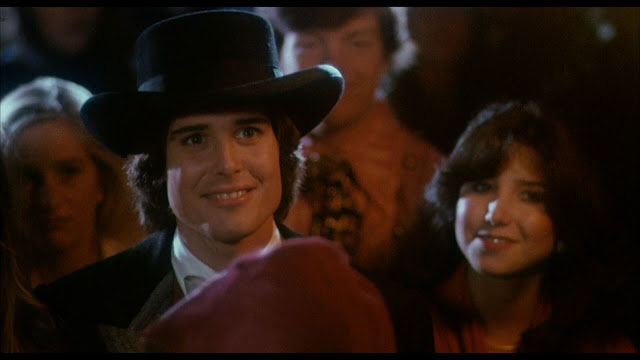 At this time in horror history, the more blood and skin, the better off your film would be, so it seemed; the excess of the 80's. However, Hell Night, while not short on skin, which was mainly from the sexy Suki Goodwin and the lovable Vincent Van Patten, the blood was barely there, and that was by design. DeSimone wanted to concentrate more on atmosphere and suspense rather than gore. 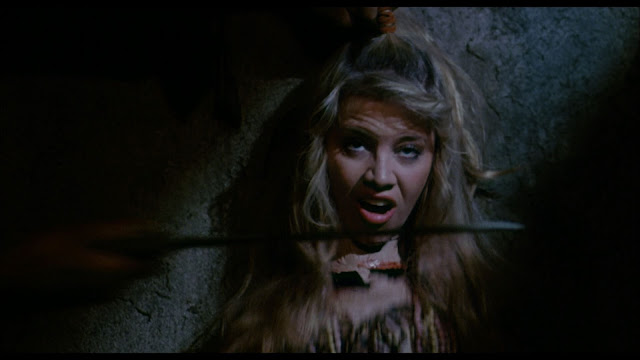 However, one scene in particular, was meant to alleviate the lack of blood situation: the death-by-decapitation of the sorority girl, Jenny. What made the final cut, while great, was not what was intended. Originally, Andrew was supposed to be holding Jenny's still screaming head. The scene was filmed as such and edited into the first cut. Sadly, the money-men thought that was crossing the line and made him take it out. 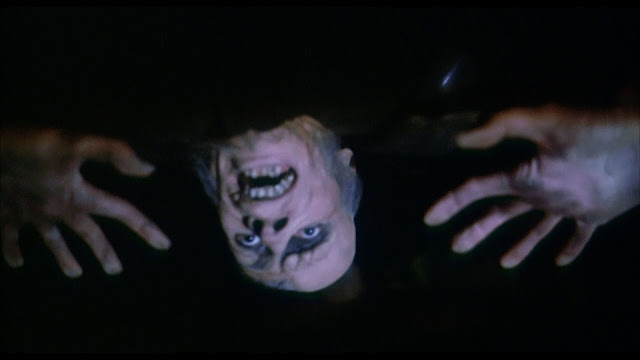 The 4K transfer looks great! It looks how every Blu-Ray release of an 80's horror film SHOULD look. With all the grain and scratches and imperfections, Hell Night is a real nostalgia trip. This is hands down one of Scream Factories crowning achievements and every Horror buff should seek out Hell Night immediately. 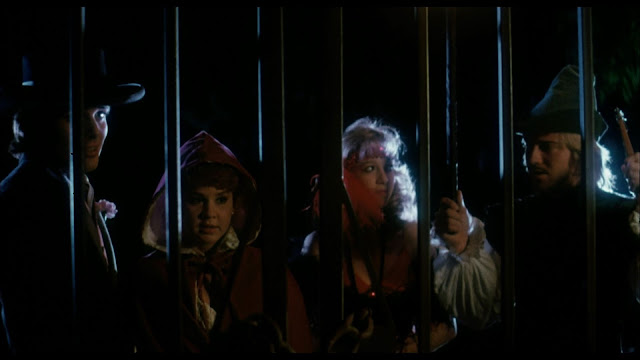