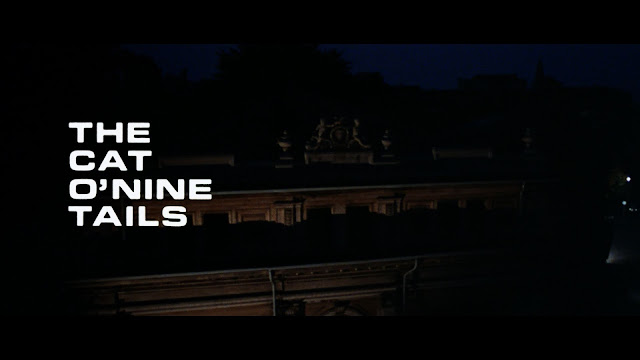 One night while walking home, a blind man named Franco Arno (Karl Malden) and his niece, Lori (Cinzia De Carolis), happen to hear a strange conversation coming from a car concerning blackmail. Later that night, there is a break-in at the local pharmaceutical lab. The next day, Franco walks to the lab, which happens to be where they heard the mysterious conversation, and discovers that there was a robbery, but nothing seems to have been stolen. With the help of a reporter, Carlo Giordani (James Franciscus), Arno tries to unravel the tangled web of corporate espionage...and murder. 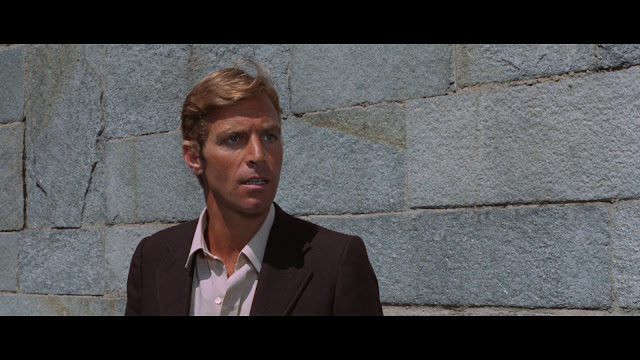 The "Animals Trilogy" consists of The Bird With the Crystal Plumage, Cat O' Nine Tails, and Four Flies On Grey Velvet. The Bird With the Crystal Plumage, Argento's first film, was stylish but boring. Cat O' Nine Tails is a marked improvement over the former, as the the film is more interesting and engaging. This is due in large part to the characters; Karl Malden is a legendary actor and shows why in his role as the charismatic and smart former newspaperman. His niece, Lori, is absolutely adorable and the chemistry between the two characters is natural. Finally, James Franciscus plays the suave, yet hard-nosed reporter, Giancarlo, who will do anything to solve the mystery of what is going on at the institute. 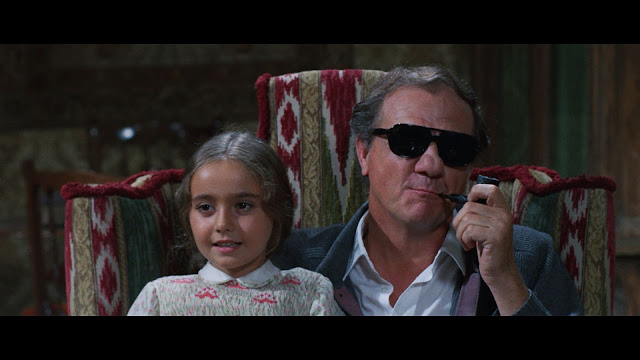 Arrow's 4K transfer is astoundingly crisp and gorgeous, especially since the film was made back in 1971. The transfer is virtually free if any major artifacts such as scratches and grain to deliver a flawless viewing experience. Argento-philes should definitely get their hands on the Cat O Nine Tails. 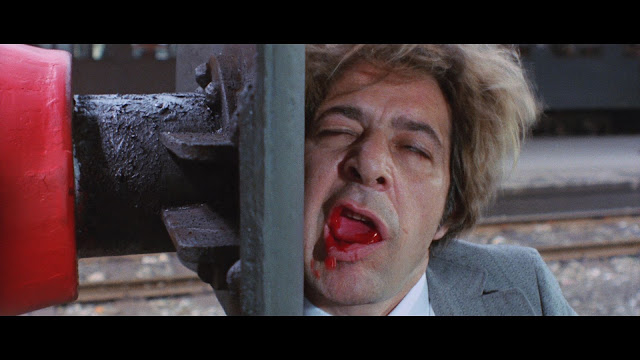 
Following the success of his debut feature, The Bird with the Crystal Plumage, distributor Titanus tasked writer/director Dario Argento with delivering a follow-up in short order. The resulting film, granted a greatly enhanced budget and heralded in its US marketing campaign as "nine times more suspenseful" than its predecessor, was The Cat O' Nine Tails. When a break-in occurs at a secretive genetics institute, blind puzzle-maker Franco ArnÃ² (Karl Malden, Patton, One-Eyed Jacks), who overheard an attempt to blackmail one of the institute's scientists shortly before the robbery, teams up with intrepid reporter Carlo Giordani (James Franciscus, Beneath the Planet of the Apes) to crack the case. But before long the bodies begin to pile up and the two amateur sleuths find their own lives imperilled in their search for the truth. And worse still, Lori (Cinzia De Carolis, Cannibal Apocalypse), Franco's young niece, may also be in the killer's sights... This second entry in the so-called "Animal Trilogy" found Argento further refining his distinctive style and cementing his reputation as the master of the giallo thriller. Co-starring Catherine Spaak (Il Sorpasso) and Rada Rassimov (Baron Blood), and featuring another nerve-jangling score by the great Ennio Morricone (The Bird with the Crystal Plumage, The Good, The Bad and the Ugly), The Cat O' Nine Tails remains one of Argento's most suspenseful and underrated films. 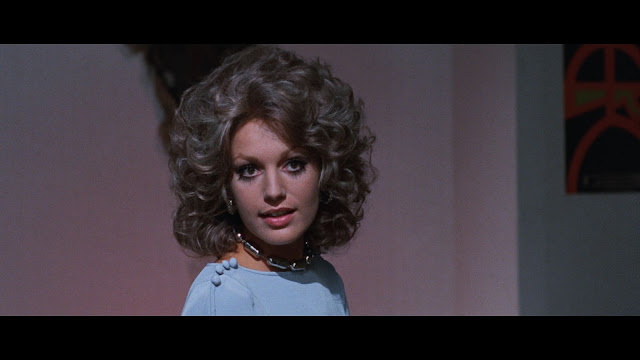