HALLOWEEN 2018 TRAILER RELEASE, OR YOU READY FOR SOME RET-COOOOONNNNN! (A LITTLE LATE)

Here it is, folks: The trailer Horror fans have been skeptically anticipating and/or outright dreading: Halloween 2.018 (See what I did there? You are allowed 10 sec for the cleverness to sink in...)

Speedy synopsis: All Halloween sequels, except for Season of the Witch (A. Because it rules. Fight me. B. Different universe), are null and void. After Michael Myers was shot by Dr. Loomis, he was caught and incarcerated in a psychiatric prison for forty years. Laurie Strode started a family and has had one daughter, Karen and a Granddaughter, Allyson. However, that Halloween of 1978 had never left Laurie mind. She's been preparing for Michael's inevitable return. It seems the stars have aligned and she will finally get her chance to put that night behind her. 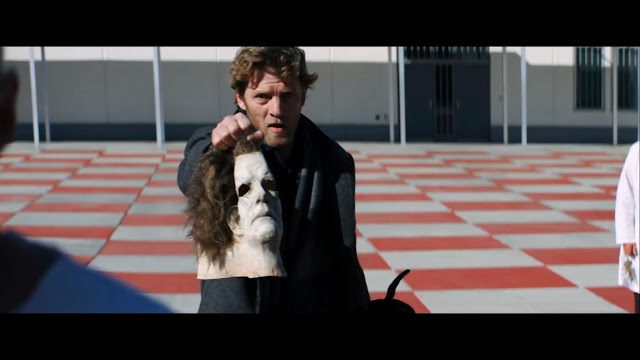 After Laurie shows off her prowess with miscellaneous firearms and secret rooms, we see a brief glimpse of a courtroom sketch of Dr. Loomis, some case files, and then we are finally introduced to Michael, standing outside in a walled courtyard in a designated square of space, chained to a large anchor-weight. He's surrounded by armed guards and 4 other inmates spread out in their own squares. Where it really starts gaining traction is when Martin, part of the documentary crew, pulls out the mask and all the inmates start going berserk...except for Michael, who remains steadfast. The big takeaway from the sequence was the inmates jumping and freaking out when the mask is presented and the wind changes. It seems Michael is indeed still the force of nature he was forty years ago. 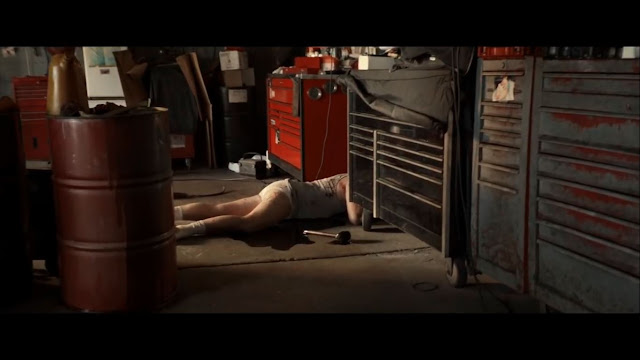 Cut to Haddonfield close to or at Halloween. Allyson, is walking home with friends (in a very Laurie-Annie-Linda kinda way) and says "Everyone in my family turns into a nutcase this time of year." To which the friend replies, "Well, your grandmother is Laurie Strode." The guy walking with them asks, "Wasn't that her brother that killed all those babysitters," to which Granddaughter replies, "No, that was just something people made up." And then chaos ensues with Michael rampaging through Haddonfield once again. 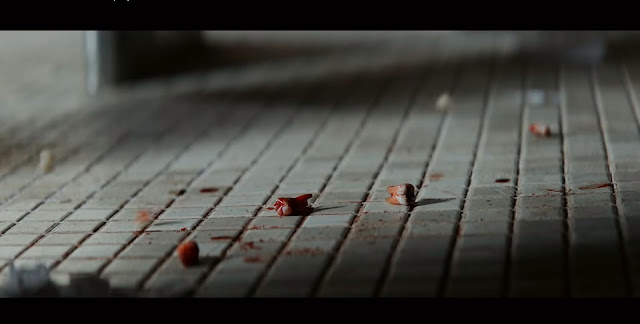 Michael was being transported for some reason and the bus crashes. The inmates scatter and Michael escapes to the gas station where he gets his coveralls and seemingly dispatches the two Documentarians and gets his mask back. From there, it is non-stop chaos as Michael returns home again. 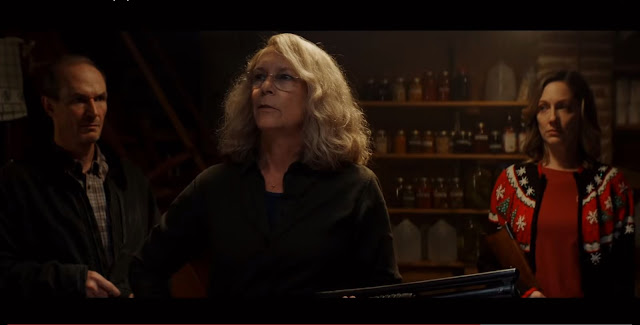 There are some great nods to the original AND the sequels: 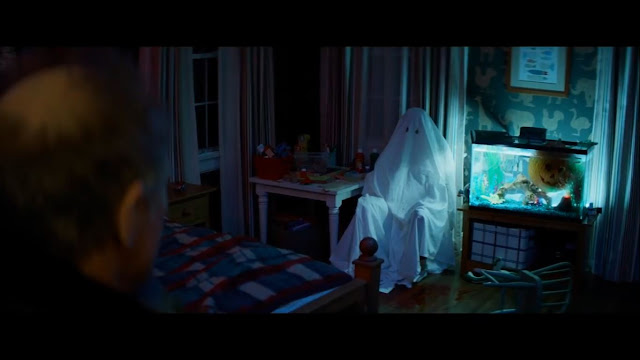 The gas station from The Return of Michael Myers: 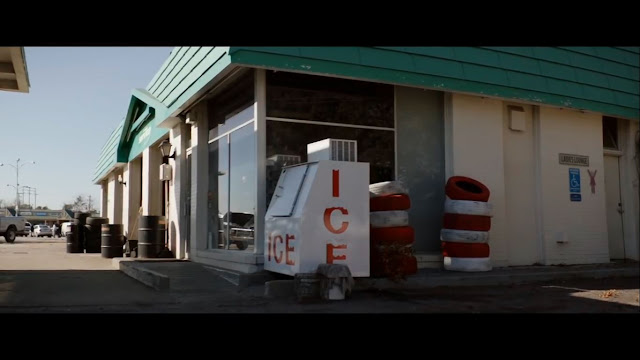 The bus/ambulance crash in The Return of Michael Myers and the wandering inmates in Halloween: 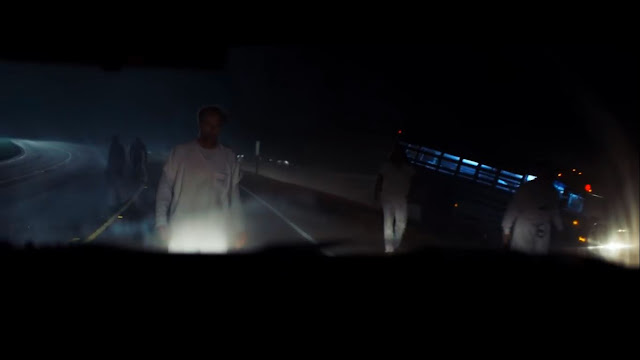 A brief glimpse of two of the three trick-or-treaters wearing the masks from Season of the Witch: 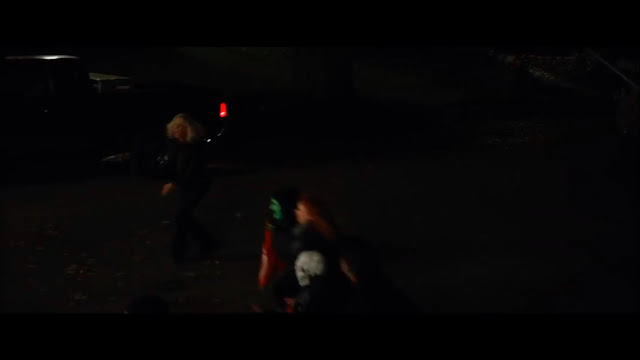 This was just a trailer, so take what you want from it. Personally, I think it looks awesome. Will the entire movie be as good? Possibly, as long as none of what is in the trailer is deleted or shown too far out of context. I like that they kept the music basic and didn't try to zazz it up too much. If you go back and watch it, there is a little bit of a spoiler in the bathroom scene as far as what happens to the Martin: 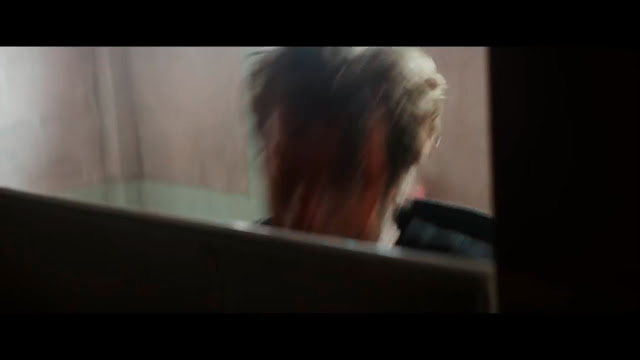 A closing note: In the original Halloween, Laurie is sitting in English class staring out the window at Michael while the teacher says "...Fate caught up with several lives, here. No matter what course of action Collins took, he was destined to his own fate; his own day of reckoning...the idea is that destiny is a very real, concrete thing that every person has to deal with." Michael has always been thought of, at least by me anyway, as a force of nature. Hence, why they only called him the shape; he was that little bit of chaos the universe threw into the mix and Laurie and her friends happened to be right in the middle of it.

Forty years ago, Laurie Strode outwitted her fate, but in 2018, fate has come home. And I couldn't be more excited. 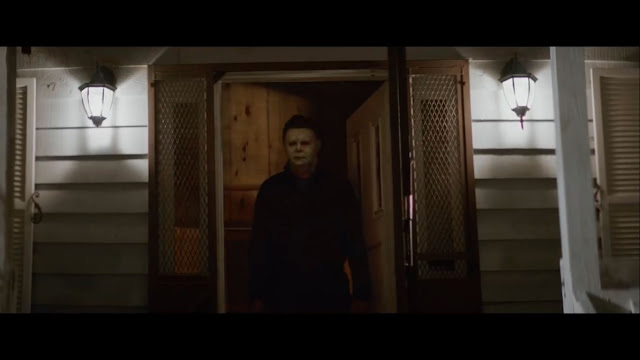