*If you get that secondary title, you obviously have children under 4 years old. 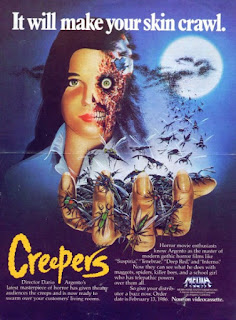 This year will mark the 30th anniversary of Dario Argento's supernatural insect masterpiece, 'Phenomena,' or as it was known when it was cut down from 116 minutes to 82 minutes for its American release, 'Creepers,' which features my favorite video box art for any version of this film.

Currently, Synapse Films is hard at work making the first uncut American Blu-Ray release, which is rumored to have the 'Creepers' cut included as well as the uncut version, but no release date has been set, as it is still in the early stages of conversion and info gathering. 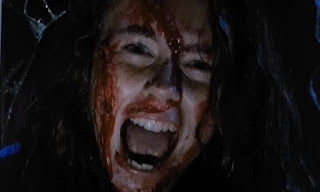 However, if you simply can not wait, then you are in luck, Jack because, back in 2011, Arrow Video UK released a Blu-Ray/DVD combo of the 116 minute cut of 'Phenomena' in an all regions package and it is magnificent. It's one of the few Arrow titles that are still all regions. Due to code issues, the UK branch of Arrow Video is only doing Region 2/B for most, if not all, of their future releases, but there are a few other All Regions discs in their store, like 'House By the Cemetery' and 'The Beyond.'

'Phenomena' features a 14 year old Jennifer Connelly in her first starring role as Jennifer Corvino, daughter of fictional actor, Paul Corvino, who was sent to an all girl school in Switzerland while her dad was on location in the Philippines. She's riding in the car to school with Frau Bruckner (Daria Nicolodi) when suddenly a bee flies into the car. Jennifer rescues it and reveals that she loves all insects. Jennifer meets her roommate, Sophie (Federica Mastroianni) at the school that night where they bond over Jennifer's story about her parents' divorce. 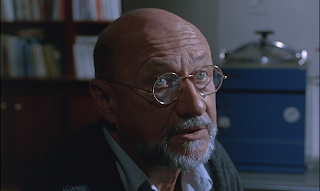 The film also stars Donald Pleasence as Dr. John McGregor, an entomologist, helping the police find clues about what befell the owner of a recently discovered, and horribly decomposed disembodied head, by examining the activity of the insects that feed on it. Dr. McGregor also has a nurse/pet, Inga (Tanga) a well-trained chimpanzee.

During her first night, Jennifer sleepwalks to an abandoned and dangerous part of the school and witnesses a rather brutal murder. She falls into the bushes off the second story, and walks away down the middle of a road where cars are dodging her left and right until she gets grazed and knocked down. The two guys driving the car pick her up and drive away.  She starts struggling and jumps out of the moving car where she meets Inga, who brings her to Dr. McGregor's where he examines her. they start talking and discover their mutual interest in insects and become fast friends. 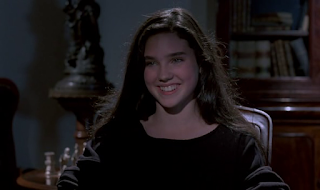 Back at school, the Headmistress (Dalila di Lazzaro) is overseeing an E.E.G. on Jennifer to determine why Jennifer sleepwalked out of the school and asking her all sort of questions, like is she on drugs. Then in class, Jennifer implores Sophie to wake her up if she starts sleepwalking again, however, that night Sophie is lured away by her visiting boyfriend, leaving Jennifer alone to start sleepwalking, but she is able to wake herself up to see that Sophie is no longer in the room. Suddenly, Jennifer hears a scream from outside and goes out to investigate. When she can't figure out where to go, a firefly appears and leads her to a glove that the killer left behind covered in maggots. It's revealed that Jennifer can see what the maggots saw and she screams. 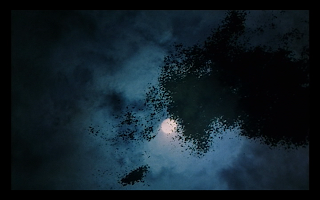 Jennifer goes to visit Dr. McGregor to find all the insects are in a frenzy in their respective cages. Dr. McGregor mentions telepathy among insects, and Jennifer discloses that a firefly lead her to the glove and what she saw through the eyes of the maggots. The insects all calm down, sensing Jennifer's relief. When she arrives back at school, she finds the Headmistress and some girls in her room going through a letter she has been writing to her father. When she snatches the letter and leaves, the girls gather around her acting like little insect followers, taunting her. When Jennifer can no longer take it, she goes into a trance-like state and to the horror of her tormentors, millions of flies engulf the school, giving the girls a taste of her power. She passes out and the Headmistress dubs her "The Lady of the Flies" thinking she is a devil and calls the mental hospital, but Jennifer escapes when her guard falls asleep.

Running back to Dr. McGregor's, Jennifer is told that the maggots were a larvae of a fly known as the Great Sarcophagus meaning that the killer keeps the bodies close to them. He gives her a full grown Great Sarcophagus fly in a box and sends her on the tour from where the first girl was found. Once the fly starts going crazy, Jennifer follows it, embarking on a quest to find the killer that will test the bounds Jennifer's power and her sanity culminating in an exciting and terrifying climax.

'Phenomena' didn't see a DVD release until 2001 as part of the double disc series dubbed "The Dario Argento Collection" from Anchor Bay. Coupled with 'Inferno' in the Argento Collection's inaugural release, 'Phenomena' was marketed as the "completely UNCUT and UNCENSORED" version, but was only 110 minutes. This was actually the first version I became aquatinted with, as I was too young for 'Creepers' and too freaked out anyway by the box art, and the acquaintance only happened a few years ago when I found a used copy of Volume 1 of the Argento collection in a local mom and pop store. It contains some cool special features as well: Commentary by Argento, Sergio Stivaletti, Claudio Simonetti, and Loris Curci, Theatrical Trailer, Behind the Scenes Segment, Claudio Simonetti music video (starring Jennifer Connelly), Bill Wyman music video, and Argento interviewed by Joe Franklin.

In 2008, Anchor Bay released 'Phenomena' in its first solo disc form in the "Uncut and Uncensored" 110 minute cut with the same features from the prior release and new features: "A Dark Fairy Tale": a behind the scenes doc and Luigi Cozzy and the art of Macro Photography. This release quickly went out of print and a new copy will run you a pretty penny on eBay.

Finally, in 2011 Arrow Video released the true 116 minute uncut version of 'Phenomena' in the form of Blu-Ray/DVD combo. Some parts of the release use the Italian audio, as an uncut English version wasn't found or didn't exist; it's the same way Anchor Bay did the uncut release of 'Deep Red.' There aren't any "brand new scenes," but rather many extended scenes with the most being in the 3rd act between Jennifer and Frau Bruchner. Arrow really nailed the extras: 'Dario's Monkey Business': a 50 minute doc featuring interviews with Argent, Daria Nicolodi and Gianlorenzo Battaglia. 'Music for Maggots': Interview with Claudio Simonetti. 'Creepers for Creatures': Sergio Stivaletti live Q&A from Dublin and Edinburgh. I wish they would've kept the music videos from the prior releases, but it's not that big of a deal. There is also a booklet and reversible cover. 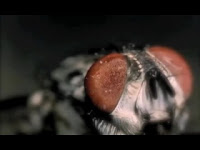 Next to 'Suspiria,' 'Phenomena' is hands down my favorite Argento film. It also features some of the first macro photography used in film by Luigi Cozzi providing extreme closeups of insects, specifically the Great Sarcophagus fly, where you get an up-close and personal look at its eyes. The special FX were also incredible, especially when the flies engulf the school. How they achieved that effect is nothing short of genius: They poured coffee grounds into a fish tank full of water and superimposed it over a shot of the school. Although it looks a little dated, I doubt it would be better if it were CG. The mask used on the little person for the climax of the film is also terrifying. Unfamiliar viewers: prepare for a surprise.

'Phenomena' also features some amazing music from Claudio Simonetti, Bill Wyman, Goblin, Iron Maiden, Motorhead, Andy Sex Gang, and Simon Boswell, which may very well be my favorite score to an Argento film only slightly ahead of 'Suspiria.'

If you have only seen the 'Creepers Cut' or the 110 minute cut of 'Phenomena,' then the Arrow release will be a revelation, finally giving you access to the one true uncut and uncensored version in unparalleled 1080p, so sit back, put your bug spray on, and enjoy. Order here. 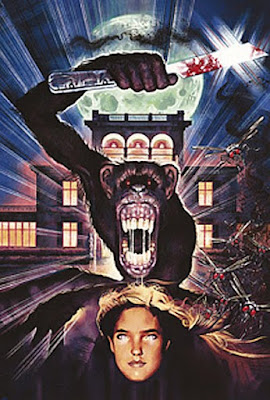