LUCIO FULCI'S 'THE BEYOND' GRAPHIC NOVEL

It started with a book. That damned book. The Book of Eibon, prophet of the Beyond and master of the nether regions.

Only coming to know Lucio Fulci's, The Beyond, in the early 2000's, I had no idea until as recentlyStephen Romano, author/artist of Phantasm: Overminds, the unfinished comic book continuation of the Phantasm series that picks up after Phantasm: Oblivion. (Side note: it is a shame this never got beyond issue 1 because, it was shaping up to be a hell of a story. I highly recommend picking it up. I believe you can get it in the Phantasm store.)
as 3 weeks ago that there was a graphic novel adaptation of the film published in 1999 that quickly went out of print. I also didn't realize it was written by

The Beyond graphic novel also came with a limited edition remaster of the soundtrack with a couple additional tracks. 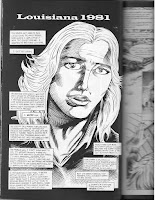 It was just shear coincidence that I even got this book because, a Facebook friend was doing a review on some of his favorite horror books, and this happened to be the feature that week. I commented, telling him that I never even knew this existed, and low and behold, Shawn Lewis, the proprietor of Rotten Cotton, and the publisher of the graphic novel, advised me to message him and he could sell me a copy. I did so under the impression that a rare item like this was going to cost me an arm and a leg, but he sold it to me for cover price. I was floored! The soundtrack alone, I've seen fetch up to $60+ on eBay, so naturally I jumped on it.

Once I received the book, I read through it pretty quick, as it has a nice flow. The art was amazing, and I loved that it was in black and white. It somehow made all the gory scenes seem evengorier.

What I really loved was that it wasn't just a panel by panel rehash of the movie. There were many details added, like Schweick's being basically omnipotent. Whenever something bad happens, like when Jill's mom gets an acid facelift, his decaying eyes flash in front front of her, indicating his demonic force. In the movie, it just occurs and we have to interpret how it happened.

Another great aspect, and my favorite, was the extended backgrounds given on the characters. For example, we find out Schweick's parents were burned as witches, Eliza's father disowned her, John McCabe is kind of bitter jerk, and Arthur has an insane crush on Eliza. But what I really loved was that a suspicion I had was confirmed: Joe the plumber had an affair with Martha. Whenever you watch it again, look at their first encounter. There is a weird tension and an err of "I-know-something-you-don't" when Joe says, "Thank you, Martha." Joe was a real bastard. Apparently he messed around with his daughter, Jill. His wife was no prize either, as apparently she was a religious nut and called all the things Joe did to her and her daughter a "welcomed test from God."

The graphic novel adaptation of The Beyond is a great companion piece to an already great film and an amazing rare collectible that any horror fan would be proud to have in their collection. 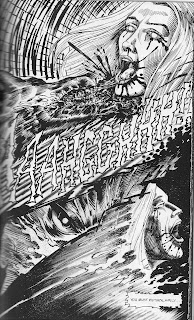 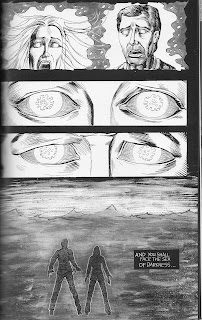 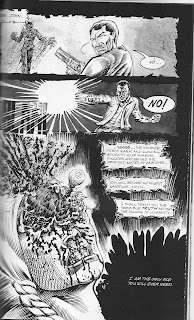 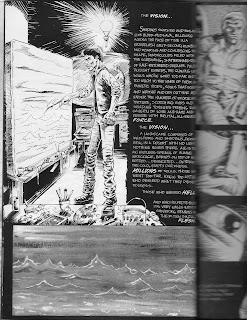 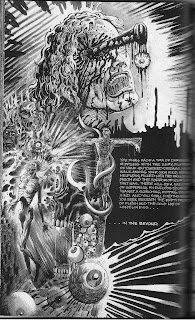 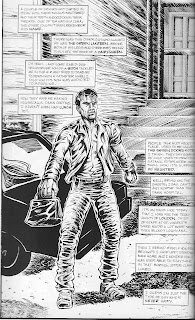