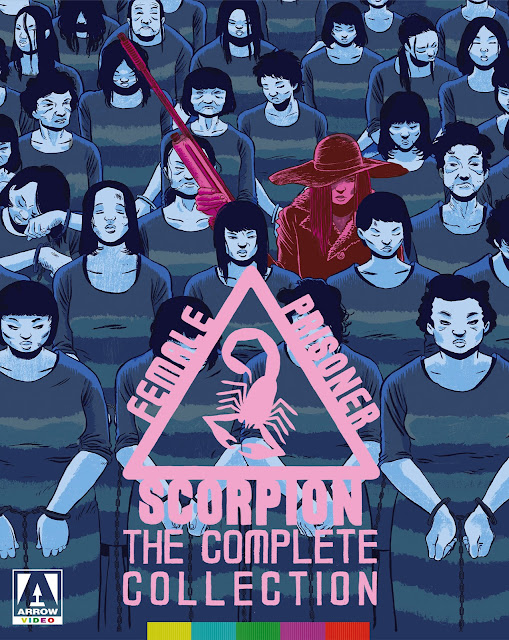 On August 9th, Arrow Video graciously released the Female Prisoner Scorpion: The Complete Collection, a four film box set featuring Meiko Kaji.
You've all heard the saying, "Looks can be deceiving," right? Meiko Kaji seems like a sweet and quiet girl; All the male characters in this box set thought so, too. They soon, however, changed their tune when she started slicing and dicing their assess. In reality, Meiko Kaji is the 100% Grade A certified Kobe beef of female badasses. In fact, she's the first lady and patron saint of ALL female badasses everywhere, whether they know it or not. For instance, in Beast Stable, she's riding a train, minding her own business, when she is attacked by a gang of Policeman. She fights them off, but just before she can get through the doors, she is handcuffed. She pulls out a knife and hacks off the Detective's arm. Then she proceeds to run through the city with a severed arm handcuffed to her wrist. It's one of the most brutal and awesome sequences in the entire series. 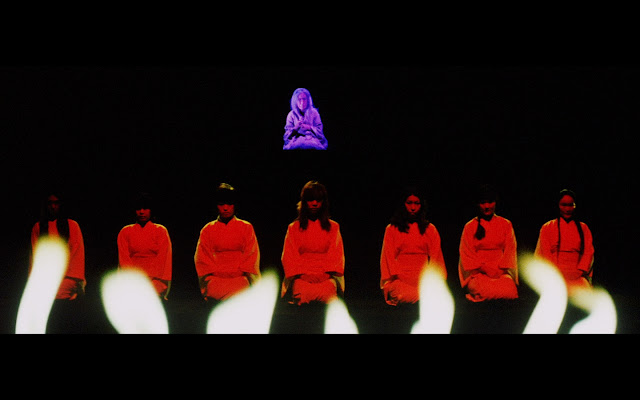 The Female Prisoner: Scorpion films are an interesting mix of misogyny and feminism: on one hand the men, mostly law enforcement of some type, commit sadistic acts on the women. For example, Female Prisoner #701: Scorpion shows Guards putting naked female Prisoners through a sort of obstacle course and just ogle them with perverted glee. Guards stand underneath a stairway to get a better look at the Prisoners as they go up and down. Women are also raped and beaten and left in a dank hole. Feminism comes into play when Kaji takes matters into her own hands and starts taking down her oppressors, both male and female, and inspire the other females to fight back. 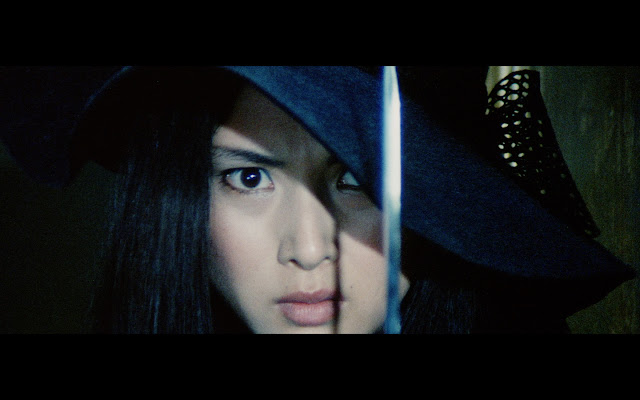 There's also a "lover scorned" angle that bookends series. In Female Prisoner #701, Kaji falls for the wrong guy and goes to jail because he set her up. For the next 2 films, she's an ice cold survivor. However, in #701's Grudge Song, she lets her guard down for another man and regrets it. There is a reason "Urami Bushi" is the theme song for the series. Read the subtitles, and it will all make sense. 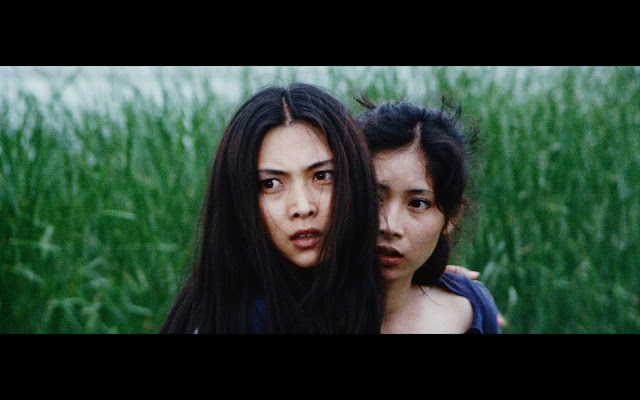 The Arrow treatment is nothing short of astounding with each film being remastered in 2K, and the audio is pristine. Folks, this is just a great box set! Whether you're a fan of Pinky Violence, Women in Prison films, Revenge films, or Japanese films in general, pick up Female Prisoner: Scorpion: The Complete Collection ASAP before it sells out. 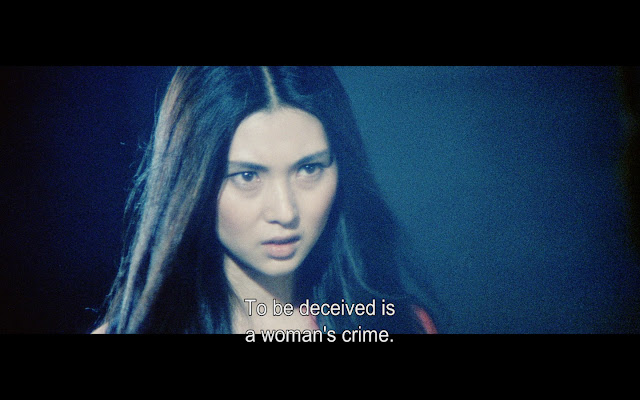 In this film, we are introduced to Nami Matsushima, a.k.a Prisoner #701, a.k.a Matsu the Scorpion. Three years before the beginning of the film, Matsu was just an ordinary woman in love with Sugimi, a Narcotics Officer, that conned her in a sting operation to get info on drug smuggling. When the deal goes wrong, Matsu is raped and it is revealed that Sigumi was working with a rival crime boss. He gives Matsu a small fraction of his pay and leaves her. Later, Matsu attacks Sigumi and is imprisoned. It is in this cesspool of perverted guards and corrupt prisoners where she turns from a delicate flower into the cold, hardened Scorpion. Now she is desperate to escape this pit of hell by any means necessary, even enduring various tortures and humiliations...but vengeance knows not these things. 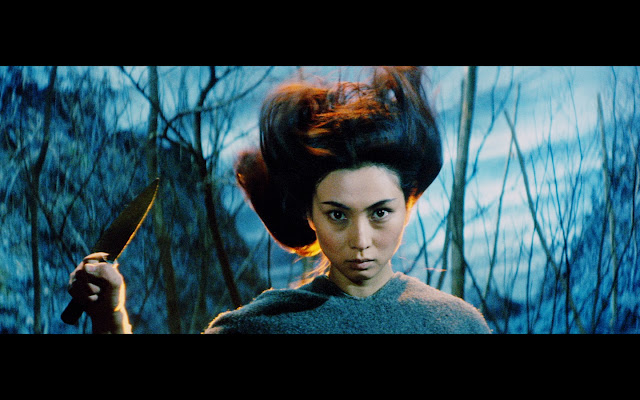 In the 2nd film of the series, Meiko Kaji returns as Matsu the Scorpion hogtied in a cell in the dank bowels of the same prison from the first film. Upon an inspection in the courtyard, Matsu attacks the warden, igniting another riot. All are punished and sent to a quarry. The Warden sets 4 degenerate Guards on Matsu to rape her. On the way back, Matsu is attacked by her fellow prisoners. When she is perceived as dead, the truck stops, the women attack the guards and escape. they take refuge in a seemingly deserted village, when they happen upon an old blind woman with a knife, cursing the air, vowing revenge on someone. The police enter the village, but the women have gone. The old woman dies and her spirit possesses Matsu and sends her on a bloody path of revenge. 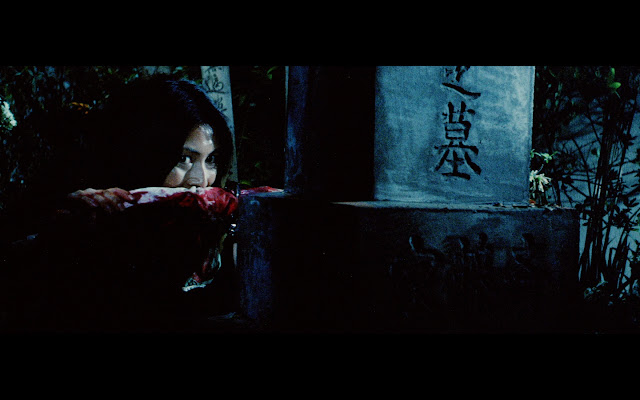 Matsu the Scorpion is back and she's on the run. When she is cornered and handcuffed by a Detective on a subway train, she hacks off his arm and makes her escape to a cemetery where she meets a kindly prostitute named Yuki who lives with her retarded, incestuous older brother. Matsu gets a day job in a sewing factory. Eventually, she runs afoul of a street gang, whose Madam is a former hated cellmate of Matsu's; all the while Matsu is being pursued by the detective she maimed. 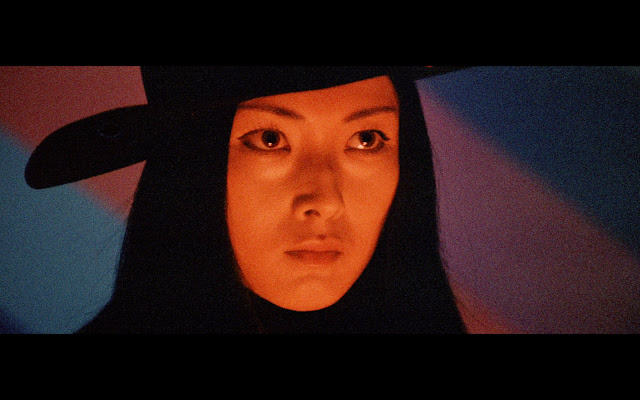 The chase never ends when your name is Matsu the Scorpion! The law finally caught up with her while she was working in a wedding chapel. She was taken into custody and managed to escape, but not without sustaining a wound or two. Matsu makes her way into the backstage of a sex club and is discovered by Kudo, a man who's had his own bad experiences with the police. He takes her to a safe place just before the club is raided. Matsu ends up letting her guard down for only the second time since before she was first incarcerated. The police press hard on Kudo, even threatening his mother, and he eventually let's it slip about Matsu's whereabouts. Never rat out the Scorpion!


Starring the iconic and beautiful Meiko Kaji (Lady Snowblood, Stray Cat Rock) in a role that came to define her career, the four-film Female Prisoner Scorpion series charts the vengeance of Nami Matsushima, who assumes the mantle of "Scorpion," becoming an avatar of vengeance and survival, and an unlikely symbol of female resistance in a male-dominated world. Female Prisoner #701: Scorpion introduces Nami, a gullible young woman unjustly imprisoned, who must find a way to escape in order to exact revenge upon the man who betrayed her. The visually avant-garde Female Prisoner Scorpion: Jailhouse 41 sees director Shunya Ito and star Meiko Kaji re-unite as Nami and six other female convicts escape prison once more. The Gothic horror-inspired Beast Stable finds Nami branded public enemy #1 and on the run. She soon finds refuge with a sympathetic prostitute, but runs afoul of a local gang. The final film in the series, #701's Grudge Song (from director Yasuharu Hasebe, Retaliation, Massacre Gun), shows a gentler side of Nami as she falls in with Kudo, an ex-radical suffering from physical and psychological trauma caused by police torture. Spiritual kin to Ms. 45, Coffy and The Bride Wore Black, the Female Prisoner Scorpion is the pinnacle of early 1970s exploitation cinema from Japanese grindhouse studio Toei, and one of the greatest female revenge sagas ever told.