'DEAD-END DRIVE-IN' OR, THE DAY I LEARNED TO ALWAYS HAVE 2 SPARE TIRES... 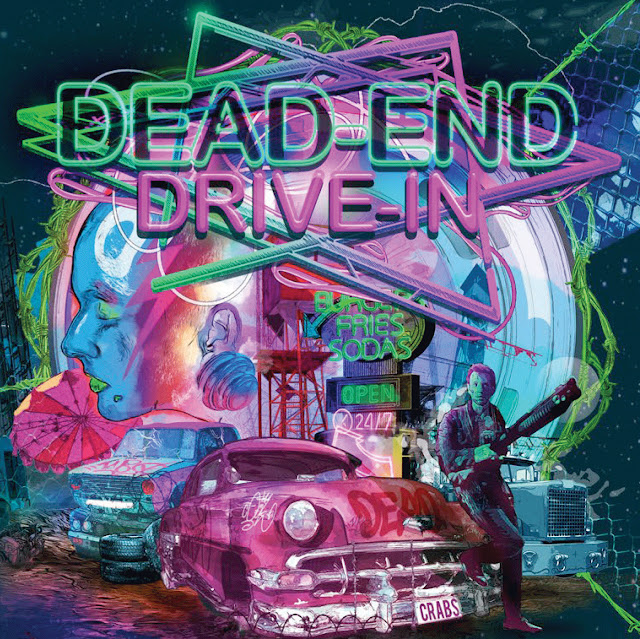 In a 1986 version of the near future, the world economy has collapsed. Wars have broken out over food and employment. Youth revolt in the streets in the form of car gangs causing chaos and a lot of business for tow-truck drivers and police. Crabs (Ned Manning) is a scrawny little guy, who's constantly exercising and overeating to get big like his brother, but it just isn't happening. He has a delivery job and a hot girlfriend. One night, he begs his brother, Frank (Ollie Hall), a tow-truck driver, to take him out, but Frank is against it because of the danger. Reluctantly, he takess Crabs out and they end up getting into a bit of a tussle at an accident site, but Crabs relishes the danger. 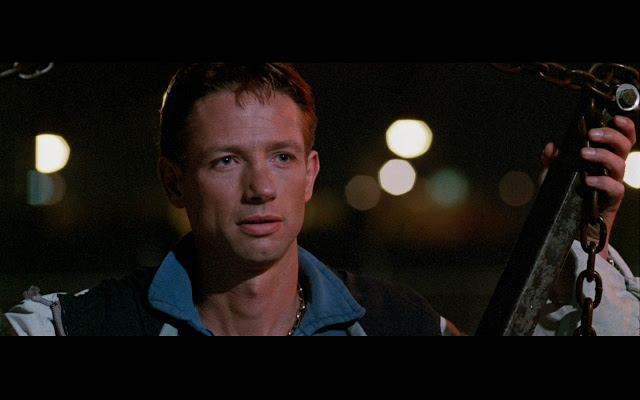 Apart from danger and his beautiful girlfriend, Carmen (Natalie McCurry), Crabs covets Franks's car: a pristine bright red '59 Chevy. One night, Crabs takes it, picks up Carmen and takes her to the drive-in. During the movie, 2 cops steal 2 tires off of the car, stranding them there. The next morning, Crabs goes to complain to the manager, only to realize that the drive-in is now a ghetto for the undesirable youth of Australia who actually enjoy the environment because, they are fed and kept safe from the outside world. Crabs has no interest in being stuck in such a place and will do anything to escape, but will he survive the vile gangs or secret government conspiracy to keep them all there? 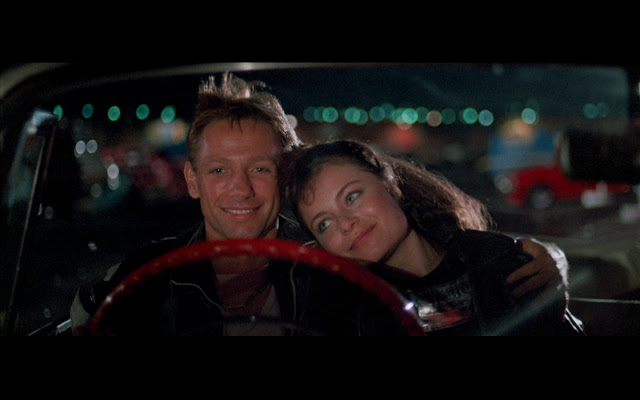 This is another one of those "Hey! I remember this VHS box in the video store," movies. Remember? It had that Crow (even though this film pre-dates the comic), or demented mime looking guy on the cover? Made me think it was going to be some sort of Slasher film. Low and behold, years later I finally see it, and it is the furthest thing from a Slasher. Dead-In Drive-In had all the charm an 80's movie could have and is very much a time capsule. There were fun characters, the sets were rad, and the stunt work was top-notch. It wasn't overly violent, but had it's fair share. Crabs was also a goiod main character as well. Towards the end of the film, a large group of Asians are trucked in from another Drive-In, and while all the whites are conspiring to get rid of them, Crabs does his best to help the Asians that were brought in. The only thing that bothered me was the drive-in itself. Was it not known that the government was corralling wasted youth? Didn't Crabs have friends that just disappeared? I don't know, maybe I'm overthinking it, but something in that world had to be known by the public. I mean, there was even a huge security fence at the road leading to the drive-in! I know something like that can be easily missed by the lay person. 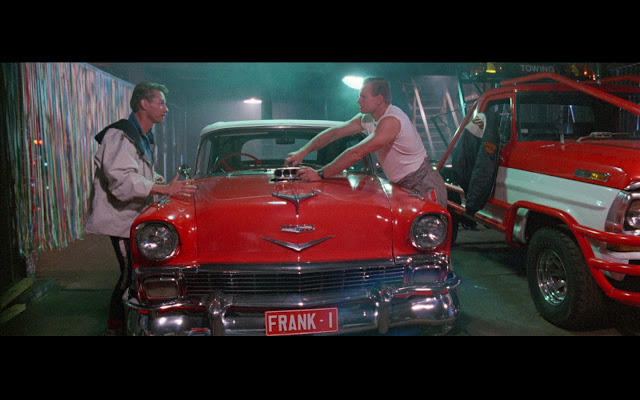 Overall, Dead-End Drive-In was a really fun movie, and Arrow Video's 2K restoration only made it more enjoyable. However, what stole the show for me was the bonus feature: Hospitals Don't Burn Down. It was nothing more than a public safety piece from the late 70's by Trenchard-Smith, but holy shit, did he take to some intense places. It starts off with a smoking hospital patient throwing his cigarette down a laundry chute and the hospital turning into an inferno that even some children couldn't escape. This wasn't your average Smokey the Bear type deal, people were getting burned and running around engulfed in flames, Nurses had to shut down oxygen and decide which patients needed the temporary oxygen more, and such. It was well made and a great extra to include in the set. 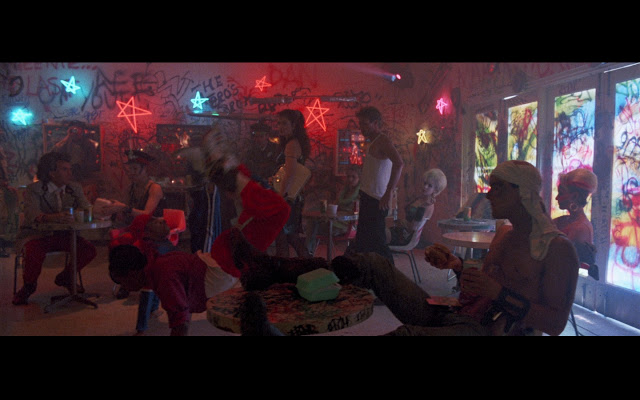 
THE PRICE OF ADMISSION IS THE REST OF YOUR LIFE. One of Quentin Tarantino's favourite directors, Brian Trenchard-Smith was a key figure in the Ozploitation movement, responsible for The Man from Hong Kong, Stunt Rock, Turkey Shoot, BMX Bandits... and dystopian cult classic Dead-End Drive In! Set in a near-future where the economy has crumbled and violent gangs play havoc in the streets, the powers-that-be have decided to lure the delinquent youth into drive-in cinemas and keep them there. No longer just a place to watch trashy movies and make out, these outdoor picture shows have become concentration camps for the unruly and unwanted. With its day-glo colour scheme, new wave soundtrack and extraordinary stunt work, Dead-End Drive-In is in the tradition of Ozploitation milestones Mad Max and The Cars That Ate Paris only very, very eighties. 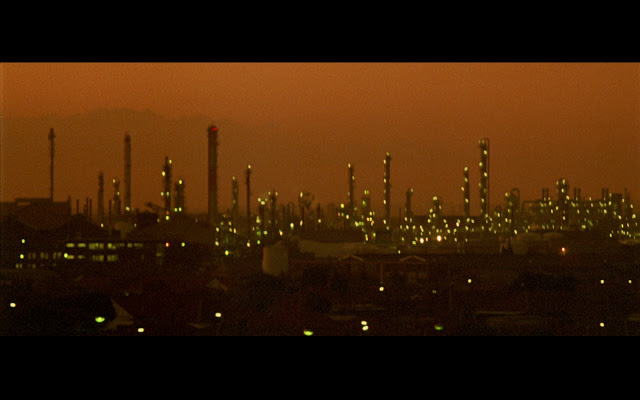