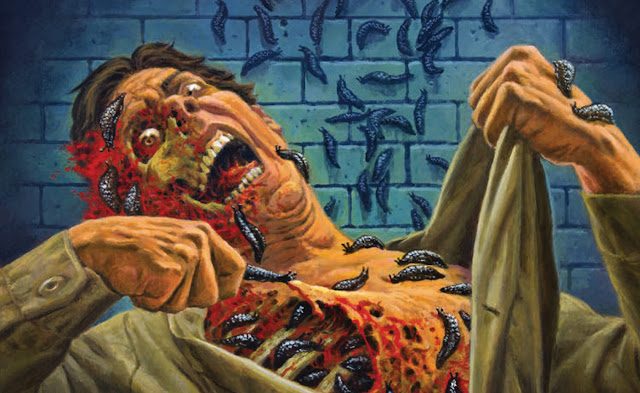 Author's Note: I had a severe cold when I wrote this, forgive me if it goes astray. You can blame it on the drugs.

Sliming its way onto store shelves from Arrow Video on October 4th, is Jaun Piquer Simon's (Pieces) oft-overlooked classic, Slugs, which is about the plight of the common man against the tyranny of a totalitarian state...nah, it's about mutated, carnivorous gastropods. 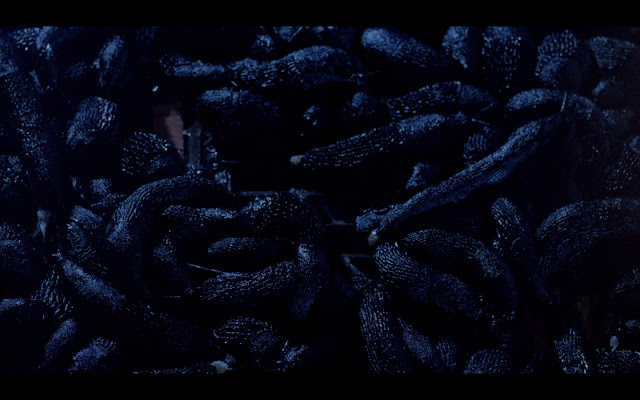 The small town of Ashton has a big problem. Slugs, mutated from exposure to a filled in land-fill, have begun eating the denizens of the sleepy village.  It's up to health inspector, Mike Brady (Michael Garfield), to stop these slimy buggers before they can leave a slippery trail of death across the town, but it will take a lot more than just some table salt to eradicate these malevolent mollusks. 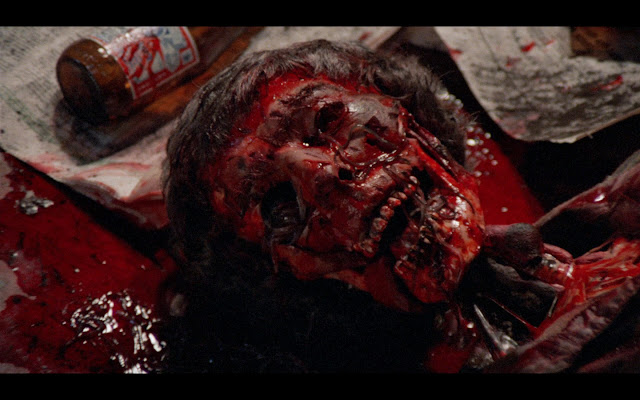 This is why I love Arrow Video: they're releasing all these films that I remember seeing in the video store when I was a kid, but just never got around to seeing. As with many of my other reviews, this is the case here. Having finally seen Slugs 28 years after its release, I can say that I thoroughly enjoyed it. Some of the acting was hammy, but some of that was also in the dubbing. In the case of Alicia Moro, who played Maureen Watson, the alcoholic blonde, it sounded like a man trying to do a woman's voice. 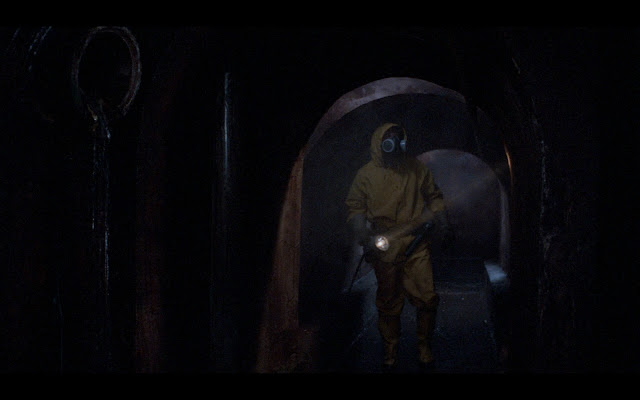 The special FX department delivered some awesome gross-outs, particularly with the restaurant scene, where David Watson (Emilio Linder) is devoured from the inside after his wife had made a salad which contained a sliced up slug. The best part, is that it was from parasites that live in the blood of some slugs and not the slug itself. There were also a lot of miniatures used for the ending explosions and the fire spreading through the tunnel, and I firmly believe (kind of) that Spielberg homaged Slugs in Indiana Jones and the Last Crusade when the rats are burned alive in the tunnel. The 2 scenes are very similar down to the camera angles. One of the FX that gave me a chuckle is the miniature of Don Palmer's legs under the water as the slugs are attacking, they barely move and are obviously fake...it's just one of those things that prove that even a bad practical effect is much better than a bad digital effect in today's films. 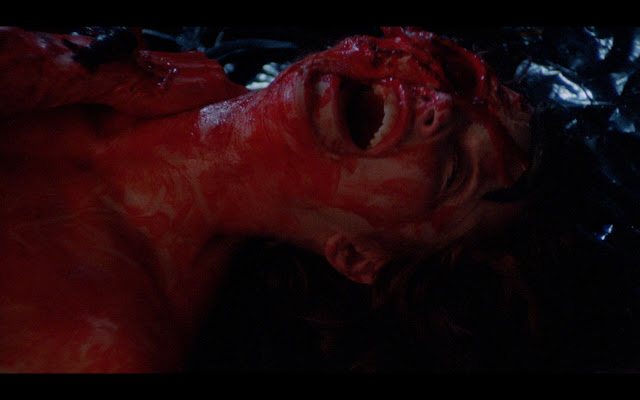 All minor dubbing or bad FX aside, Slugs is a solid film with a fun story and Arrow Video did commendable job with the release. The HD transfer looks flawless and the sound is amazing. Do yourself a favor and pre-order Slugs now. You won't be sorry, when these suckers ooze their way into your Blu-Ray/DVD players.


THEY SLIME. THEY OOZE. THEY KILL. From celebrated Spanish director Juan Piquer Simon, the man behind the truly demented slasher flick Pieces (1982), comes a terrifying tale of mutant slugs on the rampage in small-town America. The townsfolk of a rural community are dying in strange and gruesome circumstances. Following the trail of horrifically mutilated cadavers, resident health inspector Mike Brady is on the case to piece together the mystery. He soon comes to a terrifying conclusion - giant slugs are breeding in the sewers beneath the town, and they're making a meal of the locals! Based on the novel by acclaimed British horror author Shaun Hutson, Slugs outdoes its creature feature peers by adding an extra dose of gross-out gore into the equation, culminating in one of the most squirm-inducing animal attack movies ever to slither its way across screens. 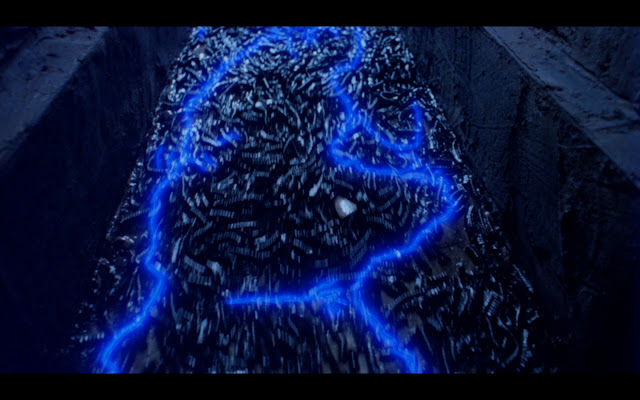