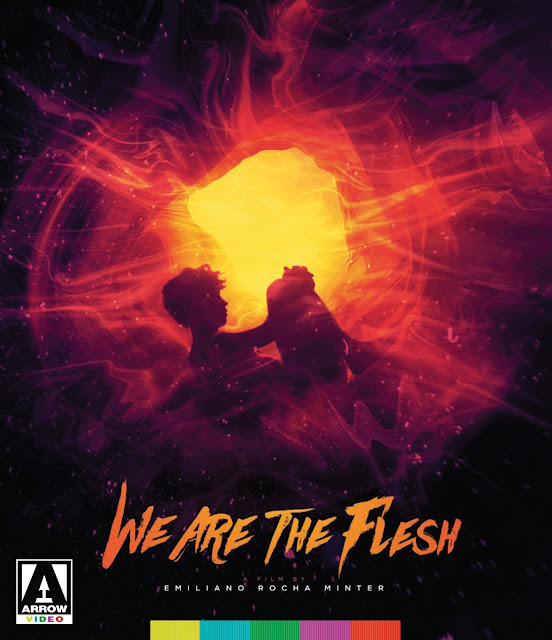 Arriving on Feb 28th from Arrow Video is Emiliano Rocha Minter's visually astonishing and visceral, We Are the Flesh.

This is an Arthouse film through and through. There's no other way to put it. It explores some taboos like incest, in GRAPHIC detail, I might add, and other, more mundane, taboos such as drug use and death. 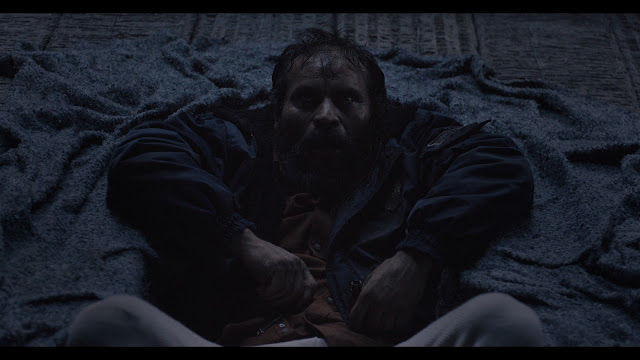 The way the film is presented to us, it's a post-apocalyptic time. You have a particularly disheveled, wild-eyed, thoroughly unhinged, hermit named Mariano (Noe Hernandez), think Bram Stoker's Renfield, but in the Alpha role, living in a run-down building making gas out of moldy bread and taking some sort of hallucinogenic drug, which acts as also a cure-all for death and antidote for poison. He trades the gas to an unknown and, never seen, party for eggs through a makeshift pulley system. A bit later a brother and sister wander into the mix and that's when things get weird. Mariano gives them shelter and food, but in return they must help build his womb and listen and partake in his bizarre teachings, which culminate into a crazy, decadent, cannibalistic, climax. 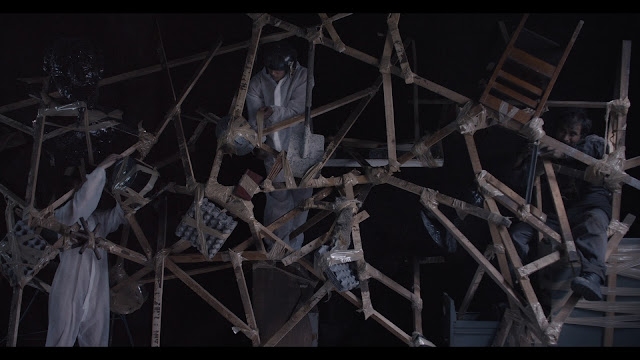 The acting and directing were also very well done. Noe Hernandez was simply masterful in his insanity as Mariano. At times, his madness was too real, and honestly, frightening. Maria Evoli and Diego Gamaliel played the brother and sister, Lucio and Fauna, respectively. Lucio is very reserved and only interested in survival. However, Fauna, is down for anything, as Mariano soon realizes and begins to exploit. I have to wonder what/how Rocha Minter got these actors to perform actual sexual acts on each other. Was the money that good? Are they that dedicated to their craft? Regardless of how Rocha Minter convinced the actors, their performances were brutally authentic because of it. 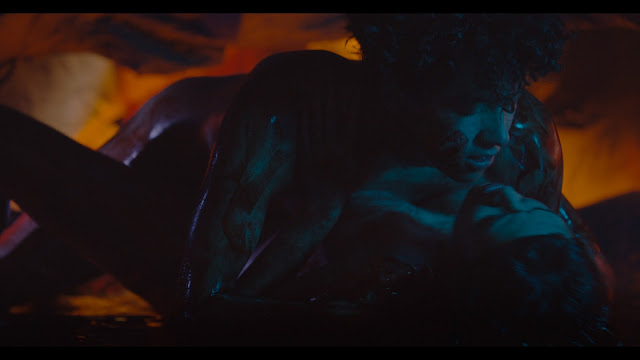 What is We Are The Flesh about? There isn't really a set meaning to the film. There is so much going on, you can draw your own conclusion(s) and it/they probably wouldn't be wrong, unless you think it's about aliens. "Maybe we are the aliens being born into a harsh, unknown world..."(No!) The 3 main characters build this womb-like structure and practice all their depravities. The womb was the first and last truly safe place you could live. No fear, no judgment, no repercussions until birth when the world becomes real. There's also aspects of religion, isolation, and finding a belonging somewhere. 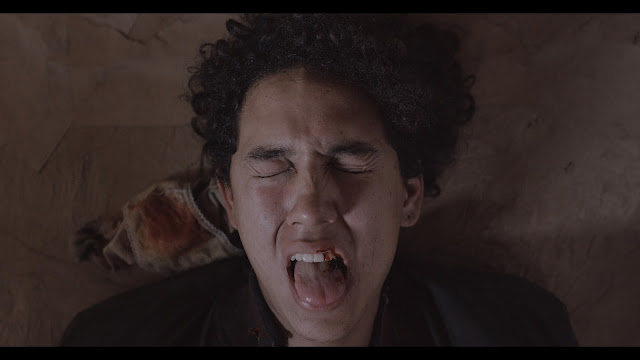 The cinematography and set design were my favorite parts of the film. There is a lot of camera movement and rotation which really works to the advantage of the set, which is more-or-less a circular cave. The construction of the womb started out rather rudimentary made from just pieces of discarded materials and packaging tape and then took on a life of it's own, "evolving" into a temple of a kind. These aspects are where the Arrow Blu-ray shines.

We Are the Flesh is less of a film than it is an art exhibit. It's not something you watch; it's something you experience, good or bad. A visionary and bizarre slice of Mexican arthouse cinema, We Are The Flesh is an extraordinary and unsettling film experience, a sexually charged and nightmarish journey into an otherworldly dimension of carnal desire and excess, as well as a powerful allegory on the corrupting power of human desire. A young brother and sister, roaming an apocalyptic city, take refuge in the dilapidated lair of a strange hermit. He puts them to work building a bizarre cavernous structure, where he acts out his insane and depraved fantasies. Trapped in this maddening womb-like world under his malign influence, they find themselves sinking into the realms of dark and forbidden behaviour. Mixing the graphic, powerful imagery of Gaspar Noe's Love and Enter The Void with the surreal, hallucinatory impact of Alejandro Jodorowsky, We Are The Flesh is a bizarre, psychedelic head trip, mixing intense, outrageously explicit imagery with a profound allegory on the nature of existence, to make this an unforgettable, boundary-pushing experience unlike anything you've ever seen. 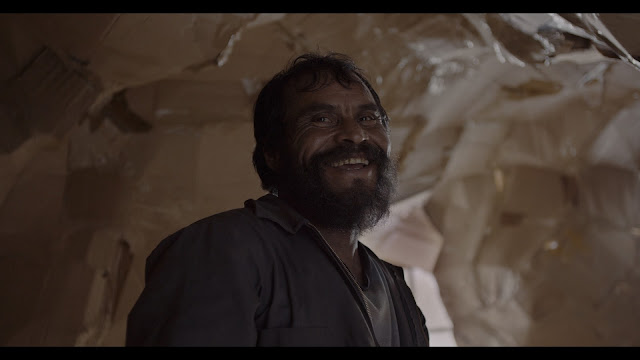