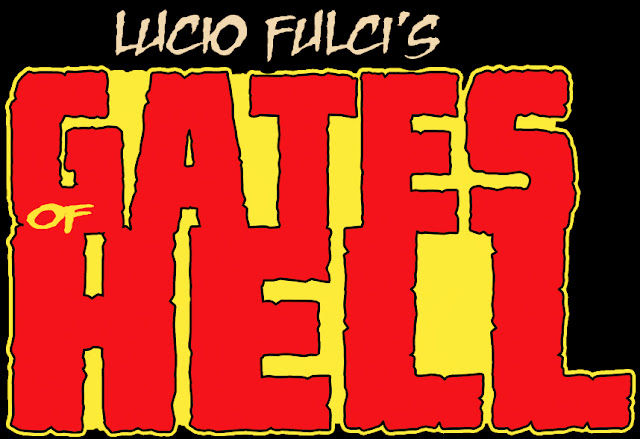 (Author's note: The photos included in this are going to be a compare/contrast between the old and new versions of the book, 'The Gates of Hell.')

I used to love comic books. I mean, FUCKING LOVED THEM. My dad and I would frequent Benny's Comics in Sharon, PA ("don't look for it; it's not there anymore") every two weeks. This was the heyday of comics such as Spawn, Marvel's 2099 series (don't judge, Doom 2099 was the shit), and your regular X-Men, Spider Man, Superman and Batman. 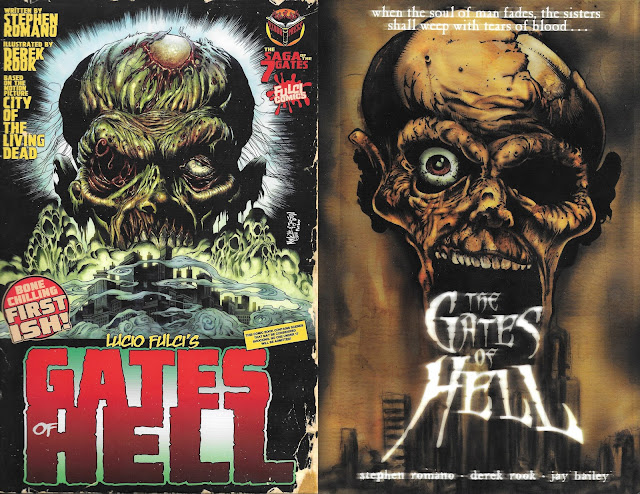 By the time I hit college, mainstream comics had grown stale for me: Superman had been killed then brought back to life, Batman's spine had been broken and healed, and Wolverine had lost his adamantium coating on his skeleton, only to get it back again. It was then that I was introduced to the works of Jhonen Vasquez, who's bizarre art, extremely funny, over the top violence and sarcastic appealed to me. First I was introduced to the 2 issue mini-series, I Feel Sick, whose super glossy cover depicting a doll surrounded by paintbrushes with red paint or blood. Then I searched for Johnny The Homicidal Maniac, which was bent, sophomoric in tone (which isn't a bad thing), and good. It is for sure not for everyone, especially children. These are the kind of comics that appealed to me: the off the beaten path oddities. 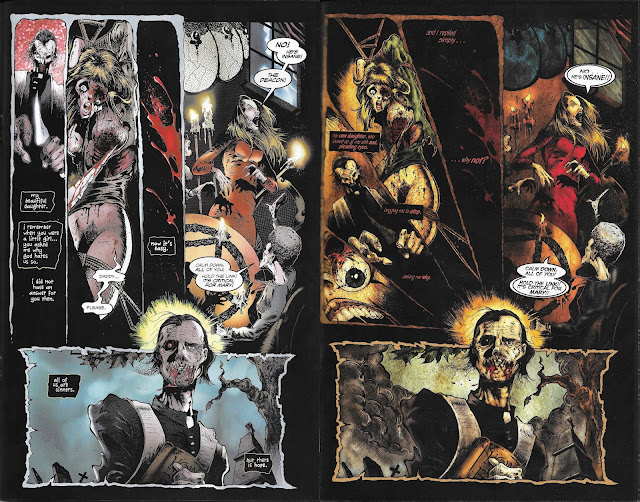 However, I wasn't aware of the existence of Blackest Heart Media, and by the time I had found out about them in 2014, they were long gone. They created the exceedingly rare graphic novel adaptations of Lucio Fulci's The Beyond, Zombie, and one issue of The Gates of Hell, which is the rarest of them all. Through my sheer ignorance on Facebook, Shawn Lewis of Rotten Cotton contacted me and told me he had some The Beyond's left. I jumped on the opportunity and wasn't disappointed. From then on, I had to own all the Fulci titles. 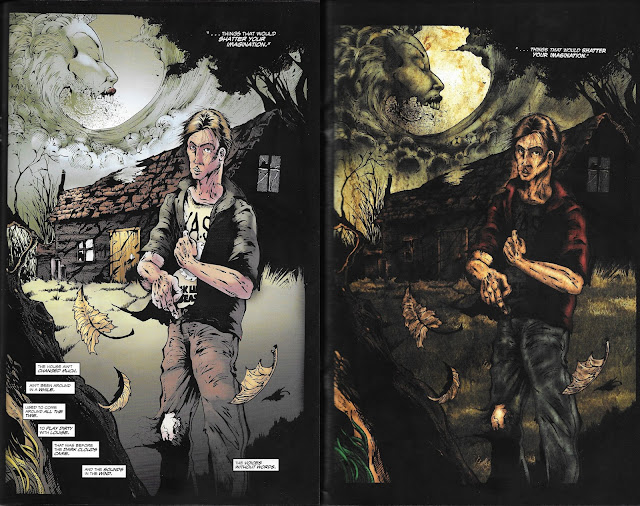 Enter 2016: Eibon Press and their re-release of Zombie and The Gates of Hell and and my role as Production Associate. After a couple years of persistent E-bay searching, and already proofreading the pre-release of the new The Gates of Hell, I found a dead-mint condition of the original The Gates of Hell #1. The motherfucker looked like it was bought then bagged and boarded and stored for 15 years. 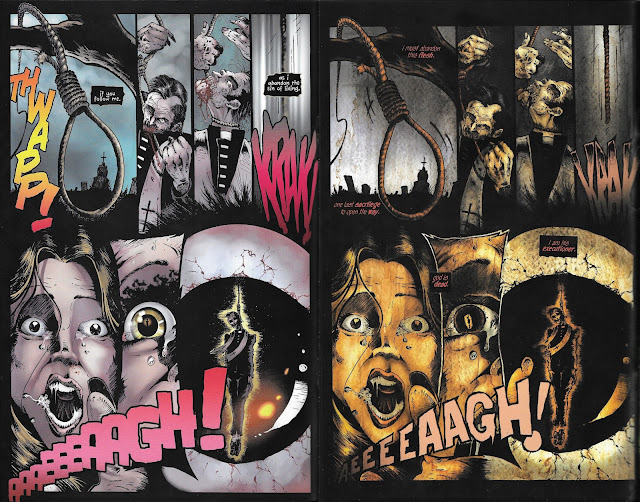 The biggest difference between the old and new The Gates of Hell is the color. The original was printed in VERY dark tones, which was due to an error at the printer. Though parts are a little difficult to make out, the dark, gloomy tones are not entirely out of place for the subject matter. However, the new version is bright and vibrant. Derek Rook's art is like something out of Todd MacFarlane's nightmare: thick facial outlines, lots of facial details, distorted bodies, bizarre positions, and somewhat disproportionate art. The coloring by Ander Zarate is also more realistic than the original. If you've seen the film, The Gates of Hell (City of the Living Dead), then you'll know that a conventional look just wouldn't do. The book comes housed in the infamous Eibon Sleeve depicting an updated, more gooey version of the original movie poster. The sleeve was designed by Kyle Hotz, Jason Moore, and Fatboy, to preserve condition and collectability of the comic and comes packed with stickers and other goodies. 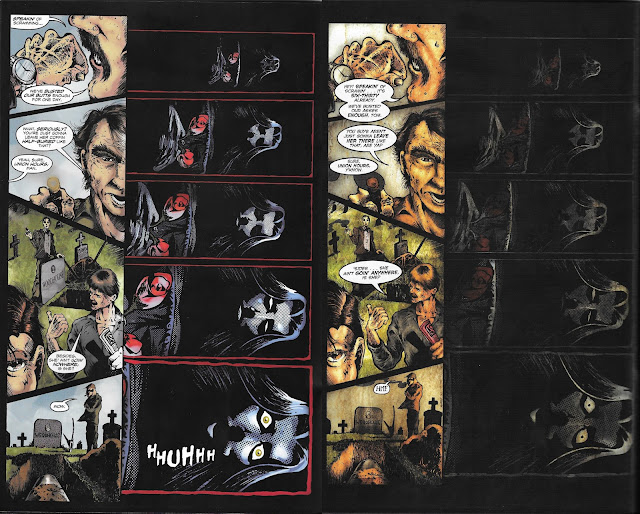 Order today at Eibonpress.com
Posted by Jon Wamsley at 9:37 PM