Arrow Video, Arrow Films, and Arrow Academy don't only release Horror films. They are also a purveyor of numerous Cult films. Though, he Horror Parlor is devoted mainly to Horror films, it receives a lot of cult films to review as well. Below are the Cult releases for May 2017. 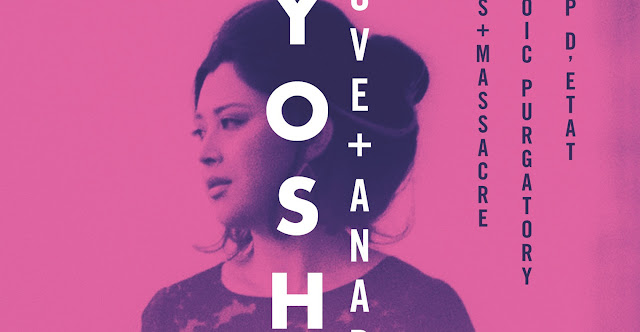 The work of Kiju Yoshida is one of Japanese cinema's obscure pleasures. A contemporary of Nagisa Oshima (Death by Hanging, In the Realm of the Senses) and Masahiro Shinoda (Pale Flower, Assassination), Yoshida started out as an assistant to Keisuke Kinoshita before making his directorial debut at age 27. In the decades that followed he produced more than 20 features and documentaries, yet each and every one has proven difficult to see in the English-speaking world. This collection brings together three works from the late sixties and early seventies, a loose trilogy united by their radical politics and an even more radical shooting style. Eros + Massacre, presented here in both its 169-minute theatrical version and the full-length 220-minute director's cut, tells the parallel stories of early 20th-century anarchist (and free love advocate) Sakae Osugi and a pair of student activists. Their stories interact and intertwine, resulting in a complex, rewarding work that is arguably Yoshida's masterpiece. Heroic Purgatory pushes the dazzling cinematic language of Eros + Massacre even further, presenting a bleak but dreamlike investigation into the political discourses taking place in early seventies Japan. Coup d'état returns to the past for a biopic of Ikki Kita, the right-wing extremist who sought to overthrow the government in 1936. Yoshida considered the film to be the culmination of his work, promptly retiring from feature filmmaking following its completion. 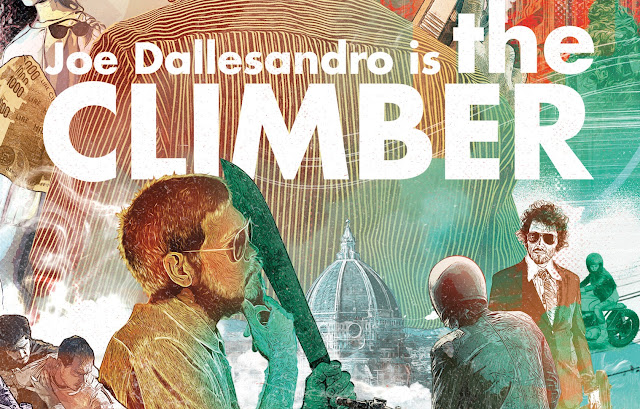 After shooting cult favourites Flesh for Frankenstein and Blood for Dracula in Europe, Joe Dallesandro spent much of the seventies making movies on the continent. In France he worked with auteurs like Louis Malle and Walerian Borowczyk, and in Italy he starred in all manner of genre fare from poliziotteschi (Savage Three, Season for Assassins) to nunsploitation (Killer Nun). The Climber follows in the tradition of gangster classics such as The Public Enemy and Scarface as it charts the rise and inevitable fall of small-time smuggler Aldo (Dallesandro). Beaten and abandoned by the local gang boss after he tries to skim off some profits for himself, Aldo forms his own group of misfits in order to exact revenge... Written and directed by Pasquale Squitieri (Gang War in Naples, I Am the Law), The Climber is a prime example of Italian crime cinema - a high-octane action-thriller full of brawls, fistfights, shootouts and explosions! 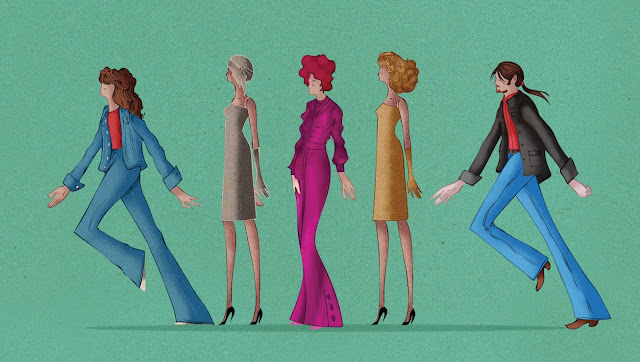 In 1975, Jacques Rivette reunited with Out 1 producer Stéphane Tchal Gadjieff with the idea of a four-film cycle. He would create a quartet of interconnected films, each in a different genre. One was to be a love story, another a Western, and there was to be a fantastical thriller and a musical comedy starring Anna Karina and Jean Marais too. Ill health intervened, and only two of the films were completed. Duelle (une quarantine) sees Rivette in fantasy territory, cross-pollinating Val Lewton, Jean Cocteau and film noir as the Queen of the Sun (Bulle Ogier) and the Queen of the Night (Juliet Berto) search for a magical diamond in present day. Its parallel film, Noroît (une vengeance), is a pirate tale - and a loose adaptation of The Revenger's Tragedy - starring Geraldine Chaplin (Nashville, Cría cuervos). A third film began production - Marie et Julien starring Albert Finney and Leslie Caron - but Rivette succumbed to nervous exhaustion and shooting was abandoned. When he did return to filmmaking, Rivette borrowed some of the elements of Duelle and Noroît and came up with Merry-Go-Round. Joe Dallesandro (Trash, Flesh for Frankenstein) and Maria Schneider (Last Tango in Paris, The Passenger) are summoned to Paris, which leads to one of the most surreal and mysterious tales in a career that was dominated by surrealism and mystery. 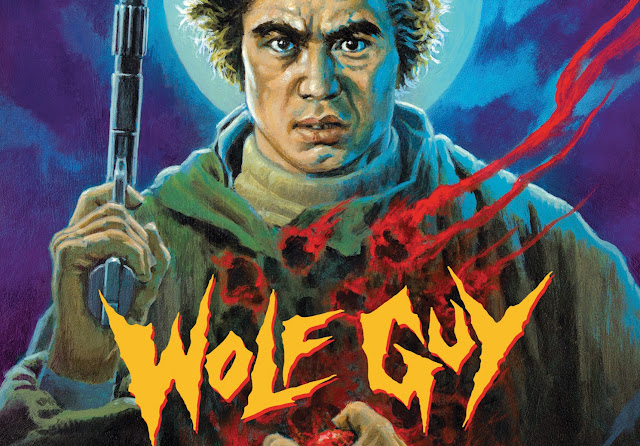 Shinichi "Sonny" Chiba is a martial arts "manimal" in the ultra-70's, 100% bizarre mixture of horror, action and sci-fi that is Wolf Guy, one of the rarest and most sought-after cult films produced by Japan's Toei Studio. Based on a manga by Kazumasa Hirai (creator of 8 Man), and never before released outside of Japan, it's a genre film classic waiting to be discovered and a completely unclassifiable trip into phantasmagoric funk. Chiba stars as Akira Inugami, the only survivor of a clan of ancient werewolves who relies on his supernatural powers to solve mysterious crimes. After a series of bloody killings perpetrated by an unseen force, Inugami uncovers a conspiracy involving a murdered cabaret singer, corrupt politicians, and a plot by the J-CIA to harvest his blood in order to steal his lycanthropic powers! At the same time, Inugami also discovers the truth behind his family heritage, and that he may not be the last of his kind. Directed by B-movie genius Kazuhiko Yamaguchi (Sister Streetfighter, Wandering Ginza Butterfly, Karate Bear Fighter), Wolf Guy truly is one-of-a-kind, with Chiba in full effect as the part-man, part-wolf, all-karate action hero and a collection of familiar 1970's Toei actors in support. Violence, action, nudity, real surgical footage, and a psychedelic musical score all work together to create an unforgettable trip to the heights of Japanese cinematic weirdness.
Bonus Features: 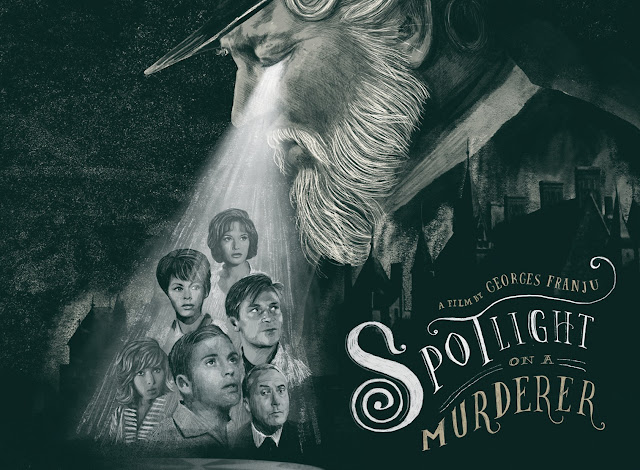 When the terminally ill Count Hervé de Kerloquen (Pierre Brasseur, Goto, Isle of Love) vanishes without trace, his heirs are told that they have to wait five years before he can be declared legally dead, forcing them to devise ways of paying for the upkeep of the vast family château in the meantime. While they set about transforming the place into an elaborate son et lumière tourist attraction, they are beset by a series of tragic accidents - if that's really what they are... The little-known third feature by the great French maverick Georges Franju (Eyes Without a Face, Judex) is a delightfully playful romp through Agatha Christie territory, whose script (written by Pierre Boileau and Thomas Narcejac of Les Diaboliques and Vertigo fame) is mischievously aware of the hoariest old murder-mystery clichés and gleefully exploits as many of them as possible. They're equally aware of the detective story's antecedents in the Gothic novel, a connection that Franju is only too happy to emphasise visually at every opportunity thanks to his magnificent main location. A young Jean-Louis Trintignant (The Conformist, Amour) is amongst the Kerloquen heirs.

Bonus Features:
Posted by Jon Wamsley at 9:15 AM