"The experiment can begin, now. Tell the world!" 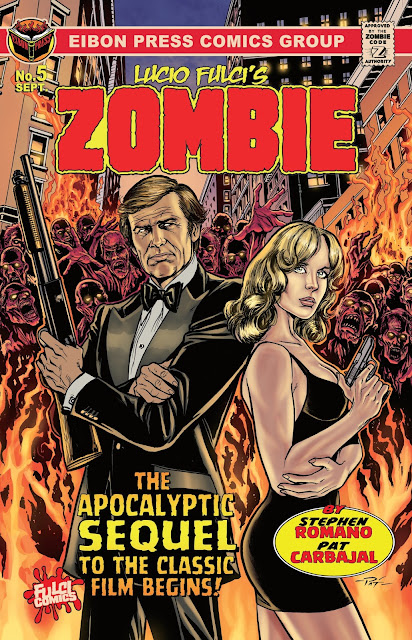 
On the island of Matool, something horrible is being born, as Doctor David Menard rises from a gory toxic pit of the dead to join the twisted witch doctor Biacando in an unholy union that will threaten the survival of all mankind. But that’s not HALF of mankind’s problem. Because in the city of New York, HELL has already broken loose, with thousands of zombies on the march, and time running out for the living! In this bloody maelstrom, half the population of the city has been wiped out. Our heroes Ann Bowels and Peter West have managed to survive–in style. But their elegant “first date” is interrupted by COLONEL LOUIS FULCI, a half-crazed Green Beret chief who leads his men into a desperate standoff against the dead, setting the legendary grind houses of Times Square on fire! 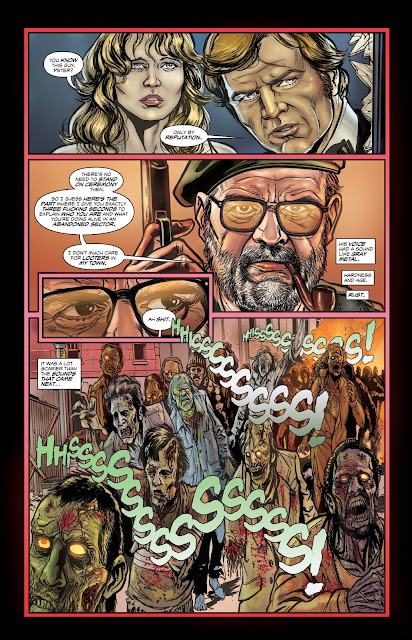 Zombie #5: Fulci's Inferno picks up a month after the credits rolled on Zombi 2: New York has been overrun with the voracious, decaying undead. Peter and Anne, who is looking fine in her slinky black dress BTW, are having a romantic dinner at a once prominent restaurant in downtown Manhattan, when they are interrupted by a horde of zombies.

After the zombies are dispatched, Peter and Anne are met by Colonel Louis Fulci, a supremely bad-ass representation of the maestro himself, who smells of cheap cologne and eats 3 square meals of death a day with an attitude to match.

Meanwhile, back on Metool, Dr. Menard is now Biacondo's right hand dead-man and they have their own plans for the human race... 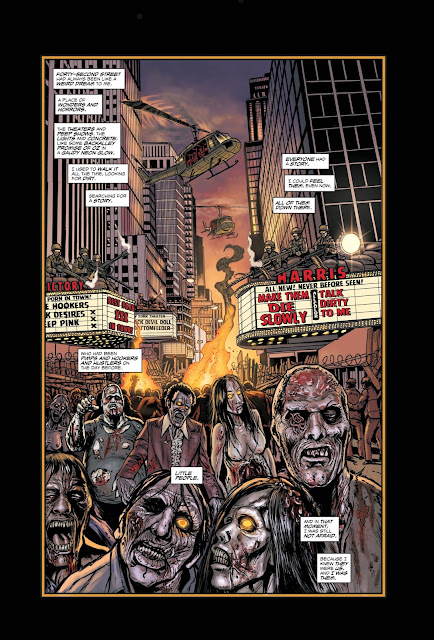 This is an awesome original continuation of the Zombie mythos written by Stephen Romano and the inclusion of Lucio Fulci as a character is the icing on the cake to an already great issue. The art by Pat Carbajal is wonderful and the colors by Fatboy are bright and vivid. I highly recommend reading the "Redacted Documents of Operation Toxic Thunder," as it is a good story and adds a LOT of background on how Dr. Menard was discovered and put into service on Metool. There is also a nice write-up about the dearly departed James "Doc Terror" Harris in the final words section. I think he would have really dug this issue.

Zombie #5: Fulci's Inferno is a killer issue and an amazing setup for what is to come. As before, this will come in 2 editions: the regular and signed versions. Each come housed in the Eibon Sleeve designed by Kyle Hotz and Jason Moore and packed with extras like trading cards and stickers. This is all new territory in the ever-expanding Fulciverse, so put on your poncho, cupcake, because it's going to be a gory-ass ride. 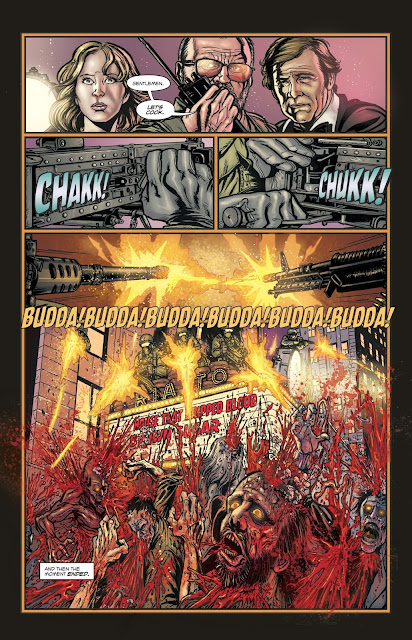