MADHOUSE, OR THE FIRST AND LAST APPEARANCE OF TRISH EVERLY 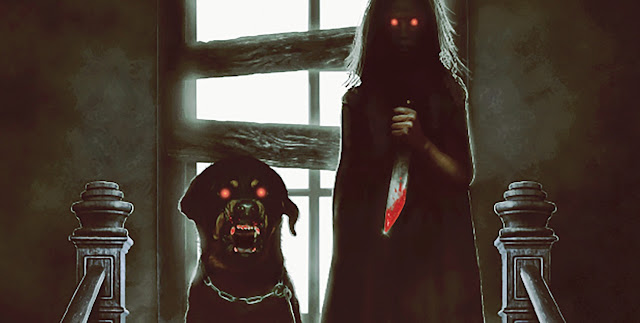 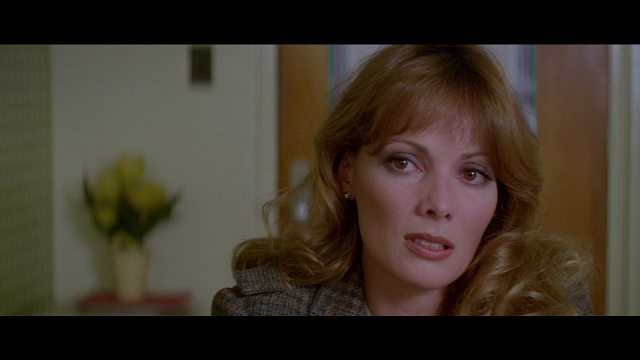 The film itself is just, meh. It ends up being a boring slasher that didn't realize its own potential. It had a great setup: Deranged, deformed twin gets out of the mental institution just to inflict pain upon her sister because, she hates her very existence. Ok, cool, there's a great "Slasher" base, but then the script gets weak. All kills, except for the final, brutal kill, are rather mundane. The dog ripping out throats was not nearly as good as good as it could've been. You've seen The Beyond by Lucio Fulci, right? RIGHT?!? (If not, get on that shit.) In that film, when Dickie rips out Emily's throat, he rips flesh and blood gushes out. In Madhouse, the dog just lazily munches on throats with some blood stains. 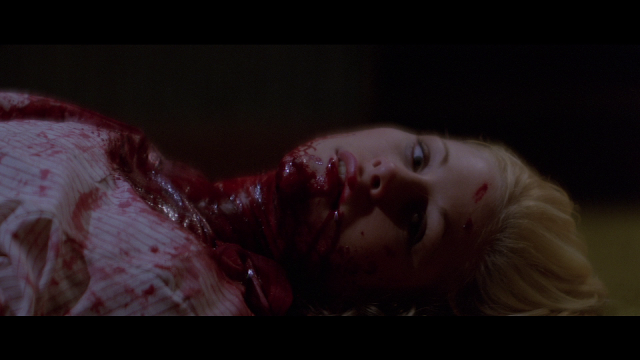 The acting was definitely the best aspect of the film. In fact, it was a cut above a lot of Slasher flicks at the time. Julia, played by Trish Everly, was a super sexy, dramatic, down-to-earth woman. When she cried or acted frightened, or vicious, it was real. Sadly, for reason's unknown, she never acted again after Madhouse. It's quite a shame because, she could've been a force to reckon with on the Horror genre. But alas, we shall never know. 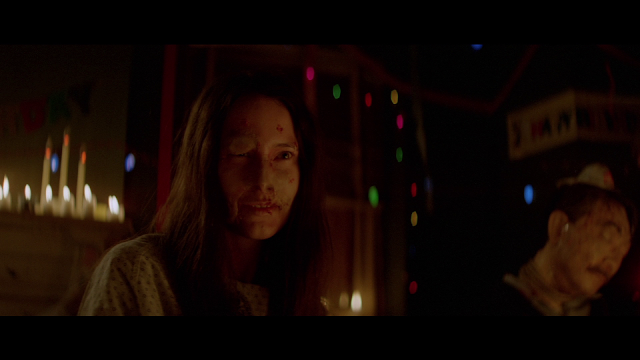 Father James, played by Dennis Robertson, was super eerie and played crazy very well. However, it's never explained why he is so obsessed with Julia and Mary or what his motivation was for doing the things he did. That was perhaps the most annoying part of Madhouse for me. It seemed that with his own mental instability, one could surmise that he was Julia's and Mary's father as well as their uncle. That would have been a major bombshell reveal. 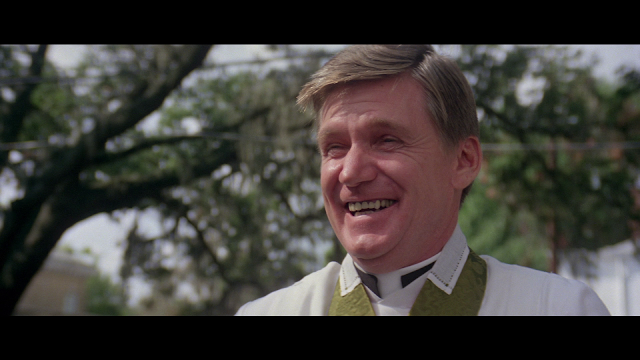 All of my Madhouse negativity aside, the disc is still a solid release from Arrow Video. The picture is clear and looks nice in 2K, and the original Stereo audio sounds great. If you are a fan of Madhouse, then you won't want to miss this one. 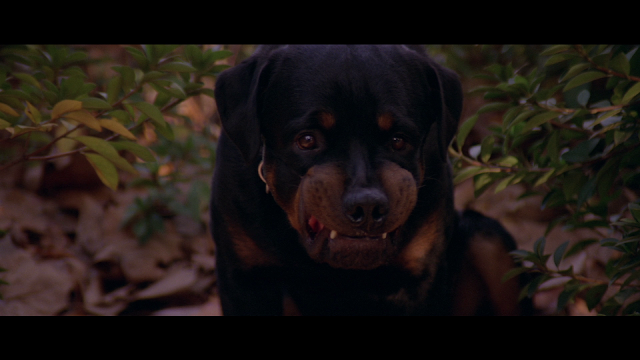 
MANY PEOPLE VISIT ... NO ONE EVER LEAVES. Helmed by legendary producer/director Ovidio Assonitis, the man behind such cult favourites as The Visitor and Piranha II: The Spawning, Madhouse is a crimson-soaked tale of sibling rivalry taken to a terrifying and bloody extreme. Julia has spent her entire adult life trying to forget the torment she suffered at the hands of her twisted twin Mary... but Mary hasn't forgotten. Escaping hospital, where she's recently been admitted with a horrific, disfiguring illness, Julia's sadistic sister vows to exact a particularly cruel revenge on her sibling this year - promising a birthday surprise that she'll never forget. An Italian production shot entirely in Savannah, Georgia, Madhouse (aka And When She Was Bad and There Was a Little Girl) fuses slasher elements with the over-the-top excess of '80s Italian terror - resulting in a cinematic bloodbath so gut-wrenching that the British authorities saw fit to outlaw it as a "video nasty".