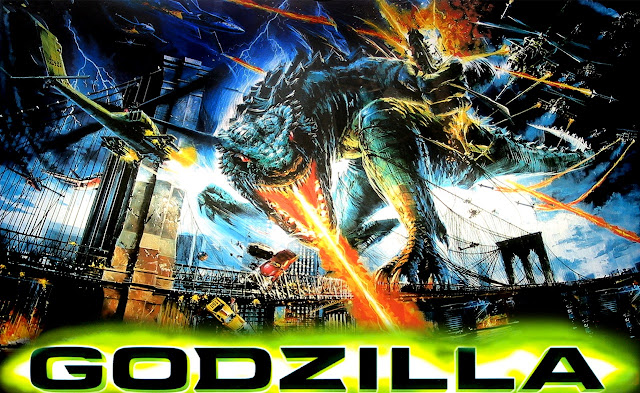 It was May 20th 1998 and audiences were about to be "blown away" by the American remake of Godzilla.
They had been teasing us for months with an amazing marketing campaign that only showed us this version of Godzilla's foot, eye, and tail. Sometimes there was even a little Chihuahua riding on that tail.


This was before every person had the internet in their pocket so movie studios could actually keep a secret. 300 companies signed an agreement not to show the full image of Godzilla before the film was released. That meant no t-shirts, no toys, no pictures of any kind. That kind of bold marketing decision would never happen in today's world, but it really did work to build the hype of the reveal. No one was going to see the redesigned King of the Monsters until opening night, and it was on that opening night that millions of people sat anxiously in their seats only to be disappointed and in some cases disgusted.

The movie didn't perform as well as the studio hoped. The film made $55 million opening weekend. $45 million short of the $100 million projection. (Eventually bringing in $379 million world wide over it's run.) The critics tore it apart and it went on to win 2 Golden Raspberry Awards for Worst Supporting Actress and Worst Remake or Sequel. And that big Godzilla reveal was panned for redesigning Godzilla into some kind of giant mutant iguana.

They hired Roland Emmerich, the man that just gave us Stargate and Independence Day to direct. Their lead actor was none other than Ferris Bueller himself, Matthew Broderick. They even filled the soundtrack with a Puff Daddy Jimmy Page collaboration and a Godzilla remix of Green Day's Brain Stew. They were so confident of the film's success that Sony bought the rights to produce a sequel for $5 million. So what went wrong?

Audiences went into the movie expecting a Godzilla movie and what they got was a giant lizard attacking New York that in no way resembled Godzilla. So that begs the question, is 1998 Godzilla a bad film because it is truly bad or is it perceived as a bad film because people's expectations weren't met?

As I was leaving the Drive In (the only way to watch a giant creature feature is the Drive In) I found myself thinking back on the movie fondly. The only criticism I had was that the baby lizards reminded me too much of the velociraptors from Jurassic Park.
Even though the redesign of Godzilla got ripped apart by critics and die hard fans, I found myself really digging the longer faster trimmer Godzilla. I liked the way he looked so much that I made my mom take me to Taco Bell so I could get that sweet cup holder for the car. It looked like the new Godzilla was climbing my Mountain Dew. 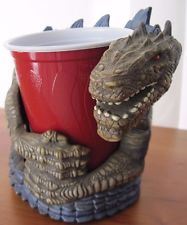 I enjoyed the movie. It had action and humor. It was a fun movie but I completely get why Godzilla fans felt slighted by it. We all know who and what Godzilla is and this lizard was no Godzilla. That brings me to a point I have been making since the movie came out. Their biggest mistake was calling this movie Godzilla. If this movie was called anything other than Godzilla it wouldn't have gotten all the hate.
Even Toho, the Japanese production company that created Godzilla, understands this. They could have just ignored the American version and went on like it never happened, but they didn't. In the world of Godzilla they acknowledged that a monster did attack New York in 1998 but that it wasn't the real Godzilla. It was just another giant monster. They even renamed the monster to Zilla and brought him into the 2004 movie Godzilla: Final Wars and the IDW published comic series Godzilla: Rulers of Earth.
So is the 1998 Godzilla movie perfect? Far from it, but it is an enjoyable fun Kaiju film, and if we're being honest the majority of Godzilla movies aren't cinematic masterpieces but we still love them because we like seeing monsters stomp on cities. I would suggest giving it another chance but this time don't think of it as a Godzilla movie, but more like a spin-off movie that takes place in the same world as Godzilla. Just like Rodan or Mothra.

Godzilla 1998 is currently streaming on Hulu and if that's not enough Zilla for you, you can buy the entire animated series based on the film on Amazon for 8 bucks.